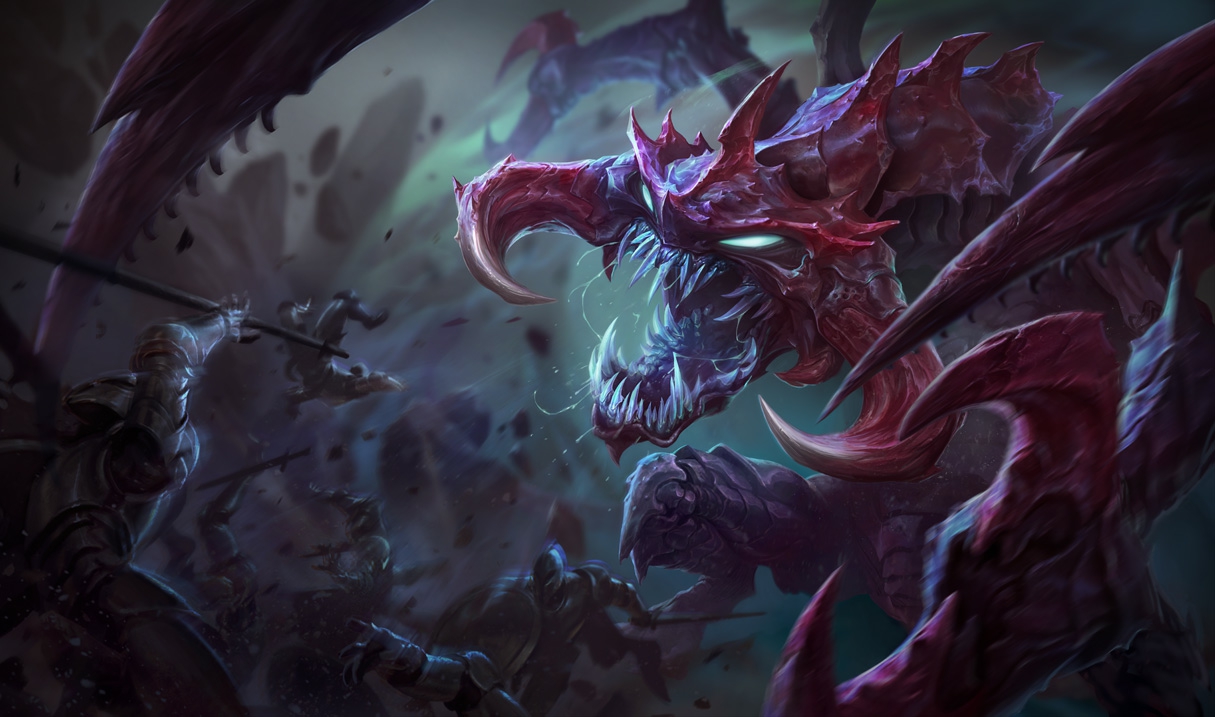 Beefy champions are all the rage from top lane to jungle to support. Galio is played in mid lane, and we even saw a Mordekaiser ADC game earlier this season. Pro teams are increasingly using tank-heavy lineups designed to teamfight.

It would be logical to assume that the advent of tanks is related to the update many tank champions received in the middle of the season. That update did lead to a resurgence of tanks like Maokai, Cho’Gath, and particularly, Zac.

Related: Tanks, tanks, and more tanks in the Worlds meta.

The tank update was supplemented by the creation of new tanks items that have been all the rage. Adaptive Helm and Gargoyle’s Stoneplate were big hits from the get-go. But recently, tank champions have discovered a new tank item, one that is even more highly prized.

Righteous Glory was introduced to League of Legends in Patch 4.20, right before season five. It was a tanky sustain item with a boatload of random stats, along with a strange passive called Valor’s Reward. The passive gives the user a big boost of healing and mana upon leveling up. It also shipped with an active effect that would boost speed when moving towards enemies for a short duration, followed by a shockwave that slows enemies.

Righteous Glory was designed for bruisers to use in turret dives. In reality, it wasn’t really a meta item at all. In fact, it was quickly superseded by Dead Man’s Plate, another season five addition that provided more health, more armor, and a similar effect that combined movement speed with a powerful slow.

For years, Righteous Glory sat on the sidelines along with other niche items like Ohmwrecker. Riot attempted to save it with a change to the passive. Valor’s Reward was replaced by Eternity, which gave the user a certain percentage of damage taken as mana. Casting spells would also heal for a percentage of the mana used.

The problem is, tanks don’t really spam spells. The Eternity passive is better on tanky caster-types, and those champions would typically build Abyssal Scepter (now Abyssal Mask) or Rod of Ages anyway.

So Righteous Glory continued to bide its time.

After over a year without major changes, Riot finally decided to update Righteous Glory this year with the rest of the tank items. The old formula, Catalsyt of Aeons—which the Eternity passive was linked to—was replaced by Glacial Shroud.

This didn’t seem like a big change. Glacial Shroud has been around since the very beginning, and is not a sexy item. It gives armor, mana, and cooldown reduction—that’s it. No fancy passive or cool stats.

But it’s cheap—200 gold cheaper than Catalyst at the time of writing. And it’s incredibly gold efficient, at over 113 percent. Catalyst only reaches that status when the passive is being used. Finally, Shroud’s stats are exactly what tanks need. They need armor, but the flat mana is also nice because even tanks need to spam spells to clear waves. And the CDR is essential for teamfighting.

The completed Righteous Glory still gives a basket of stats, but now they’re actually useful. Tanks love health, and the mana is critical when fights start. Add in health regeneration and the same active effect, and you have an extremely useful item.

One of the first instances of a professional using the item actually came on a random stream from TSM mid laner Søren “Bjergsen” Bjerg. Bjergsen was playing three other LCS mid laners, and they reacted with surprise when he bought Righteous Glory on Cassiopeia.

Bjergsen claimed it was a misclick, but then proceeded to dominate, front lining for himself with the tankiness offered by the item. By the end of the game, the others were calling it OP.

Of course, the item is still best on tanks, and that has shown in this year’s World Championship.

Nearly all tanks are rushing Righteous Glory, typically completing it around 15 minutes. That time mark is significant for a few reasons. First, because the item is only 2,500 gold—the cost was increased to 2,650 in Patch 7.19, but Worlds is on 7.18—tanks can reliably buy the item right around the time when mid laners and ADCs buy their first damage item. That means tanks can scale at the same pace rather than fall behind.

This is a big departure from the standard tank items of the past, like Sunfire Cape, which costs 2,900 gold. Sure, Sunfire Cape gave good wave clear, but the mana provided by Righteous Glory does the same. And mana is more important in fights.

Also, 15 minutes is around the time towers go down and rotations happen more frequently. Tanks need to respond to plays, especially around the mid lane and ADC, and the movement speed provided by Righteous Glory gives them another way to get in the middle of a fight. Buying a laning item like Sunfire Cape at 18 minutes just isn’t what teams need.

Over the last few months, Righteous Glory has gone from curious plaything to serious meta item. Buying it first into Stoneplate is now the de-facto build for top lane tanks. It’s not an OP item in the traditional sense, like Ardent Censer, which getting more coverage—and memes. But it does a bunch of good things, well, and at an extremely attractive price point. Righteous Glory is arguably the most consistently powerful item in the game.