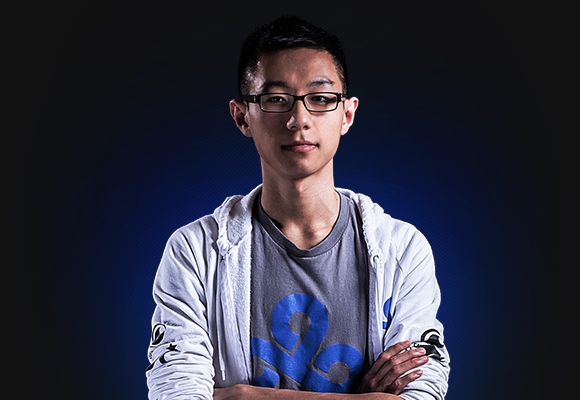 While greats like Faker and?WeiXiao wrote the textbook approach on how to play their roles, other players were able to find success with their own unique, and sometimes downright bizarre, approaches. The “Remember my Name” series analyzes these players?oft-misunderstood gameplay and the unique qualities?they brought to their teams.

With the recent speculation that Hai may be leaving Cloud9, I wanted to take the time to discuss Hai’s impact of Hai’s idiosyncratic style on Cloud9. While I believe Hai’s removal is?necessary for Cloud9 to continuing growing as a team, the?time he spent on the team brought truly fantastic results, in large part due to his own contributions. Everyone knows about Hai’s legendary shotcalling, but attitude behind his in-game play was entirely unique. In the years to come, we will see countless players with better mechanics and wider champion pools but we may?never see a player with the same selflessness and creativity.

The shotcaller who did not lead

Shotcalling is an innately selfish activity. On most teams with shotcallers that play the traditional carry roles (top, mid, AD Carry) these players will often create strategies that put themselves in the best possible positions. Notable examples include Reapered on Azubu Blaze or WeiXiao on World Elite – these players would consistently redirect their teammates to afford themselves the largest carry possibilities. Teams with support or jungle shotcallers, like Mata on Samsung White or KaKAO on the kT Arrows will often orient themselves around following up on their leader’s playcalls. Everyone knows that Hai is a genius shotcaller, but an underrated aspect of his leadership is his selflessness. While many players, even superstars, would stubbornly deny that there opponents were superior players, Hai had an innate understanding of his strengths and weaknesses. He knew that he would often face a skill gap in the mid lane, and compensated for this with both team-oriented leadership and a unique defensive approach to the laning phase. Perhaps out of all shotcallers in history, Hai stands alone as a truly selfless leader.

As the shotcaller of his team, Hai was unique in that he would constantly pass high farm opportunities to carries like Meteos, Balls or Sneaky. In particular, the growth of Meteos as a carry jungler in Season 3 and of Sneaky as arguably the best Western AD Carry in Seasons 4 & 5 have come largely because Hai is so selfless with his own shotcalling. Very few NA teams have shown themselves capable of developing star players on their own. Perhaps Hai’s willingness to cede his own carry potential to his once-unproven teammates has played a large part in their development. While Hai has been rightfully criticized for his own poor play, he hasn’t received nearly enough praise for enabling his teammate’s successes

However, Hai’s selflessness is not limited to his willingness to forfeit farm to his teammates. Cloud9 have always been known for their high objective focus, in large part because Hai was constantly willing to take 1 for 1 trades or even die, seemingly for free, in split push attempts to gain his team larger advantages. This unique style of a sacrificial mid laner can only be compared to Ryu on the kT Bullets or Reginald on Team SoloMid. But even those two players would take high farm amounts or request back-up during their aggressive plays. Hai took this sacrificial style to its absolute extreme, giving up his life time and time again for the greater success of Cloud9.

This selfless style of shotcalling extended to Hai’s individual play. I once likened Hai’s play to that of a great defensive stopper in basketball. In the mid lane, Hai was never a star player for Cloud9, especially because he was constantly giving up resources to his more talented teammates. But even when playing with farm and jungle pressure deficits against more talented players, Hai was usually able to put up a respectable showing. In lane, Hai would rarely make aggressive plays without teammate help, but he did a fantastic job of either following opponent roams or (more likely) punishing them with a tower kill. (A large part of this tower killing strength came from Hai’s strong preference for AD-scaling champions.) In C9’s successful series against strong opponents, Hai was able to successfully contain his opponents in the laning phase and allow his teammates to come through with superior resources in the mid-to-late game. Unfortunately for C9, this style also came with its own serious weaknesses. While Hai was often able to compensate for his individual failings with this unique style, C9’s most memorable international defeats all came at the hands of Hai falling against a superstar mid laner on their signature champion (xPeke’s Kassadin, Alex Ich’s Kha’Zix, and dade’s Yasuo all coming in as notable examples.) When a roaming assassin was able to snowball ahead of Hai, his mid lane style based on survival and opportunistic punishment would consistently take a severe hit.

I’ll show you how to win

While Hai’s selfless style was somewhat inherently rooted in, or even caused by, his weaker mechanical play, his creative approach to champion selection and shotcalling remain separated from his poor micro-game play. Examining Hai’s approach to the game reveals a true genius with a wholly unique style of thinking about League of Legends.

Everybody knows that Hai is a genius shotcaller, but his approach to champion selection is perhaps just as, if not even more, praiseworthy. While Hai has always struggled on meta champions, to the point that in many metas his only meta mid lane champion was his beloved Zed, Hai excelled at discovering at playing new champions that fit his playstyle while countering the metagame and fitting seamlessly into Cloud9 as a larger unique. While his?infamous dalliance with Teemo?may be the most common fan example, Hai’s Soraka play in early Season 4 and his use of Corki mid in the 2015 LCS Spring?Split should stand as the best examples of Hai’s creative approach to champion selection. The Soraka pick soon became one of the most contested picks around the world, with even traditional hard carry mid laners like dade picking her up, and possibly even led to the champion’s?subsequent comprehensive rework. The Corki pick was even more interesting, because although other players have used Corki mid lane before and (presumably) after Hai, his use of the champion was unique. Understanding his declining mechanical skill, Corki was the perfect representation of Hai’s defensive style at a time he needed it most. Between the yordle’s?long range poke and massive escape, Hai?was able to consistently stay safe while easily punishing opponents with tower kills and strong mid-late game teamfighting. Although his champion pool was rightfully criticized at many different points, Hai was always able to build up a pool of champions he could compete on right before the playoffs.

Of course, Hai’s incredible creativity extends to the shotcalling skills that defined his career. Thorin, a notable Cloud9 fan, frequently arguesg?that the defining attribute of C9’s play is that they know when to hold their ground. While teams are often reluctant to take fights where they have a low chance of winning, this reluctance usually leads to a bleed-out effect. On the other hand, Cloud9 has never bled out of a game. Even at their worst, they have gone out fighting. Cloud9 have always been praised as a brilliant teamfighting team, but arguably more important than the teamfighting skills of their carries is Hai’s understanding of when to?pull the trigger on a successful fight.

Cloud9 stands as a team with an incredibly diverse array of strategies. While the kT Bullets of Season 3 remain the kings of entering games with creative plans, Cloud9, and Hai in particular, were the greatest at adjusting strategies in the middle of games. No matter how bleak the situation, Hai would always try and find a way to win, whether through split-pushing, stall tactics (in spite of a far worse scaling composition), or a backdoor. To an outside observer, Cloud9 might even seem like fools for taking such risks. The seasoned eye, however saw that Hai and his loyal teammates were willing to pursue the other team’s Nexus no matter what price they had to pay or route they had to follow.

Some?fans of Hai may claim that the mid laner’s?wrist injuries were the true source of his declining mechanical skill, that Cloud9’s once irreplaceable shotcaller?could have become a mechanical genius in his own right. This seems doubtful, and in many ways dishonest. Hai was never a mechanical god. In many respects, Hai’s brilliance grew because of these in-game defects. His innate feel for the game, his willingness to sacrifice himself for his teammates time and time again, and his relentless desire for victory at all costs is what made him one of a kind. Although Hai’s departure was necessary for Cloud9 to improve, the team that was once the toast of North America is now clouded in uncertainty. No matter who is replacement is, one thing is for sure – he will be stepping into the shoes of a legend.