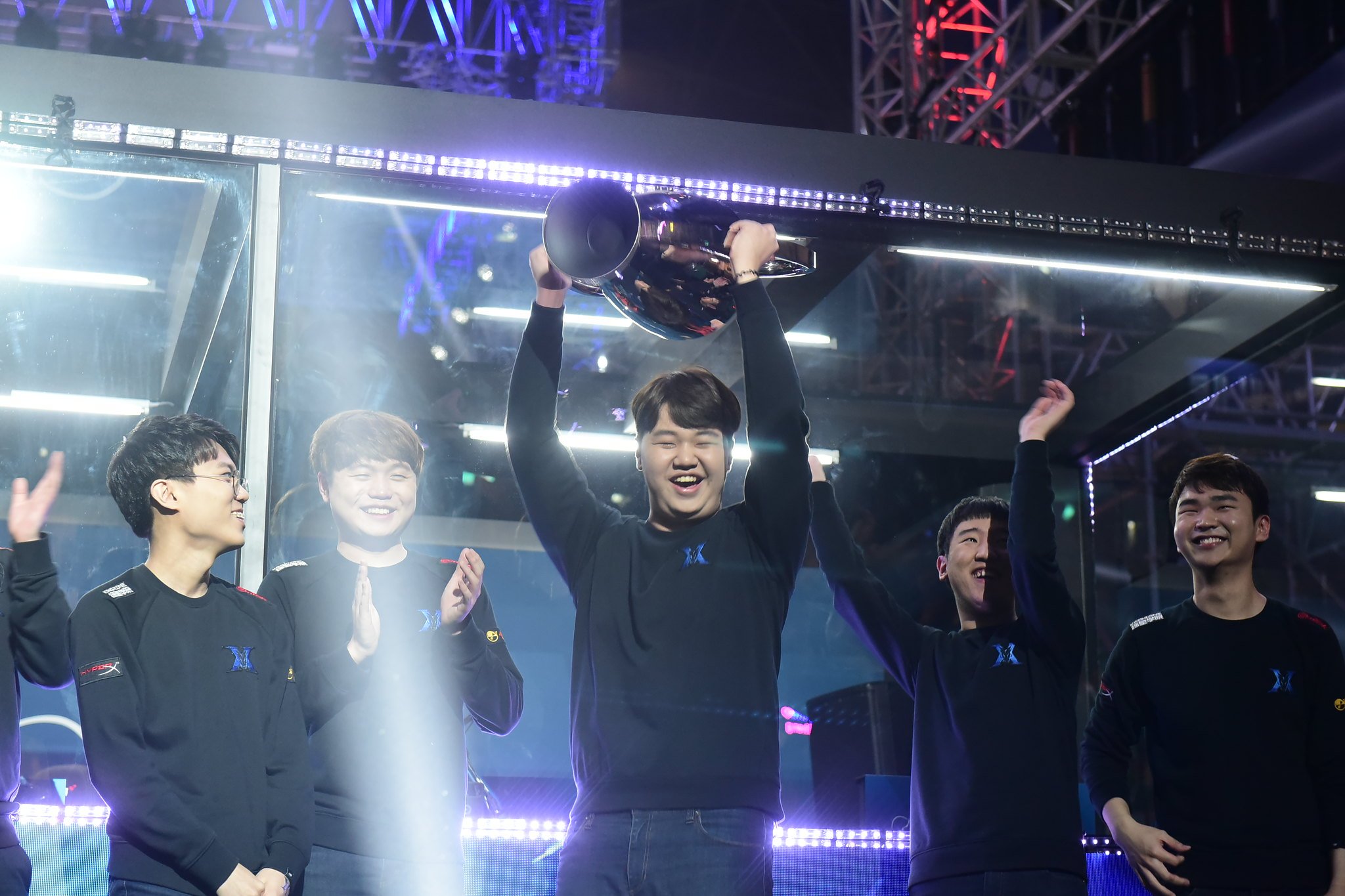 After taking a break from professional play at the end of 2018, AD carry legend Kim “PraY” Jong-in has announced his retirement from competitive League of Legends.

PraY revealed his retirement to fans while streaming on AfreecaTV, expressing a lack of confidence in his ability. “As I lost confidence, I started suspecting the career of being a pro gamer as a whole,” PraY said as translated by Inven Global.

Formerly the ADC of Kingzone DragonX, PraY had a six-year career playing League of Legends professionally. Making his debut in 2012 on Najin Black Sword, PraY played in many legacy tournaments, such as the 2012 and 2013 World Championships. While on Najin, PraY won his first domestic title in OGN Champions 2013 Winter.

With an assortment of fun uniforms and quirky personalities, the Tigers, with the later addition of jungler Han “Peanut” Wang-ho, became one of the most beloved teams in League of Legends history. This was also where PraY gained prominence as arguably the best ADC in the world. While on the Tigers, Pray won an LCK title and made the finals of the 2015 World Championship.

Many fans remember PraY for his spectacular plays made during his time on the Tigers. PraY’s Ashe arrow against SK Telecom T1 in the 2016 World Championship semifinals will forever be known as one of the greatest plays in tournament history.

Following the disbandment of the 2016 Tigers roster, PraY and Gorilla remained together, joining Longzhu Gaming, which was later rebranded to Kingzone DragonX—and PraY and Gorilla won two more LCK titles with this organization.

In the 2018 LCK Summer Split, though, Kingzone saw a slight decline in performance, failing to make it past the playoff quarterfinals or qualify for that year’s World Championship. This was PraY’s final competitive split.

Although PraY is now retired, fans can watch the ADC play League of Legends on his personal AfreecaTV livestream.