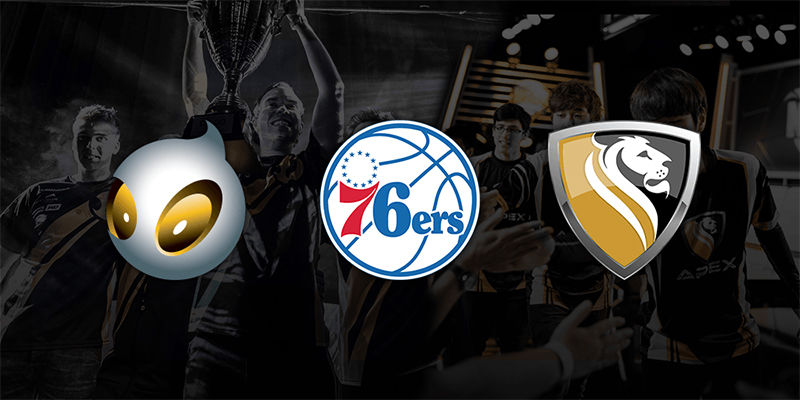 For the first time, an American sports organization has entered esports. The Philadelphia 76ers have acquired not one, but two teams: Team Dignitas and Apex are now majority owned and managed by the pro basketball team.

The move is the latest in an influx of traditional sports investment into the esports scene. Former NBA player Rick Fox bought his own team last year. He was followed by Shaquille O’Neal, who invested in NRG eSports (which is co-owned by a pair of Sacramento Kings owners) earlier this year and European football organization FC Schalke, which picked up a League of Legends team in May.

While the Sixers’ ownership group now has a controlling stake in both teams, the percentage and sum of which were not disclosed.

It seems that part of the Sixers’ motivation for the deal was to give sponsors access to the 18 to 34-year-old target market, which can be hard to reach due to the amount of time the demographic spends online. Last year’s NBA Board of Governors meeting featured a presentation on the esports industry, including growth and viewership numbers. And that apparently convinced the Sixers ownership that esports was worth looking into.

“We’ll do promotions that are fun and cute,” Sixers’ CEO Scott O’Neil told Sports Illustrated. “But the opportunity is really in offering sponsors an opportunity to reach a base they cannot find.”

Apex, which has a team in the LCS, the highest-level League of Legends competition in North America, will operate under the Dignitas brand next season. Dignitas’s brand is arguably much stronger than Apex’s, but its team was relegated from the NA LCS in the Spring. Dignitas also has teams in Counter-Strike: Global Offensive, Overwatch, Heroes of the Storm, and Smite, alongside the League Challenger Series spot.