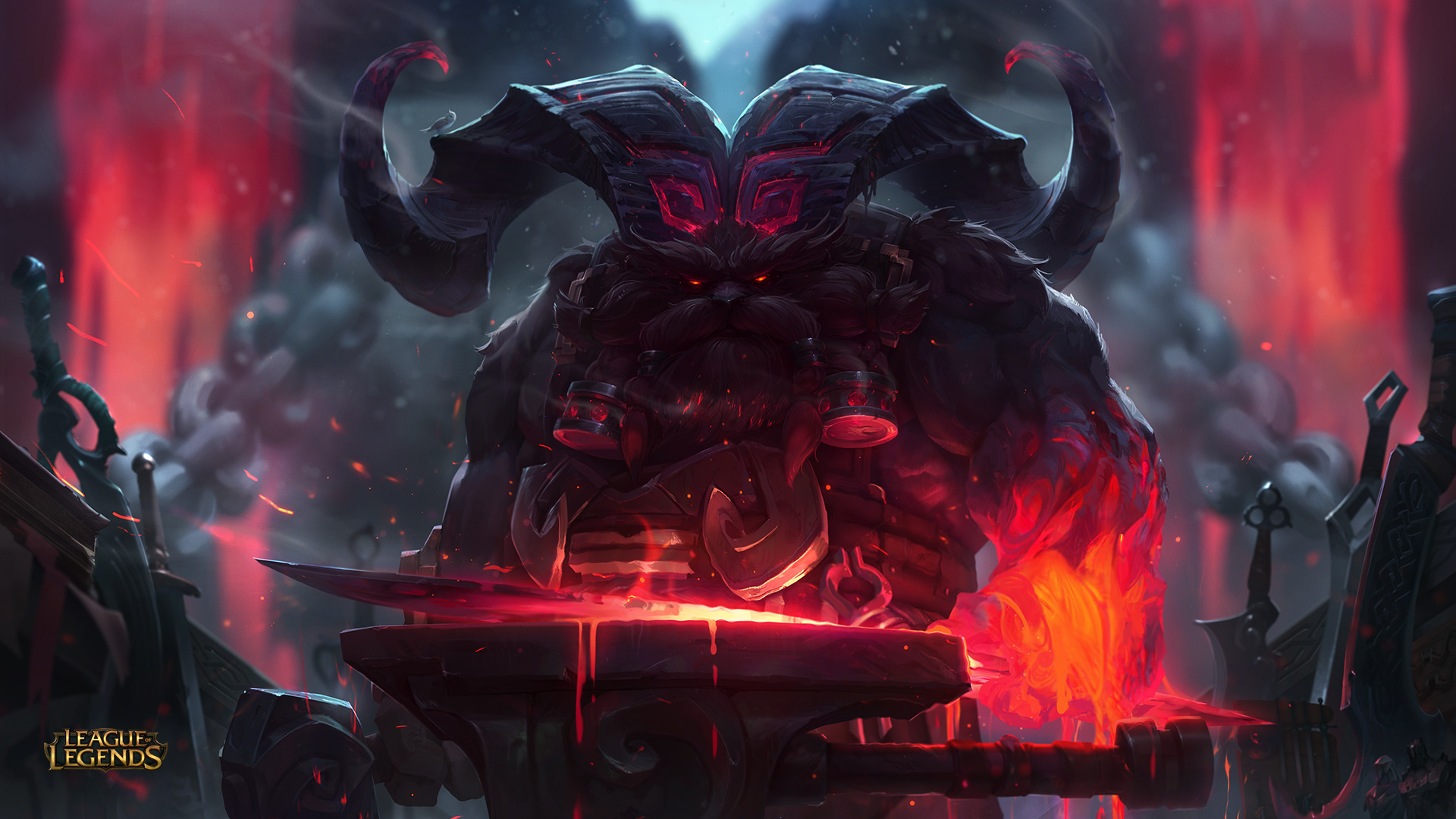 After weeks of teasers and previews, Ornn is finally going to be playable tomorrow with Patch 7.17, according to the official patch notes.

The past couple of years have yielded some very special and unique champions in League of Legends. Between Jhin, Ivern, and Kayn, each one has felt more fun and exciting than the last—and they’ve all been refreshing to play, even after the game has been out for nearly eight years.

Ornn is going to continue that trend as perhaps the most unique playable vanguard tank in the entire game. He can shop without being in base, he can upgrade his allies’ items, and his kit is extremely fun. There’s a lot to keep track of for this release, so let us do it for you. Here’s everything you have to know for Ornn’s release tomorrow.

Ornn’s passive allows him to craft items from anywhere on the map. He can be top lane, bot lane, in the jungle—you get the point. He doesn’t have to be in the base to buy items, because he makes the items himself using his forge. There are recommended items that hover down near your item list for quick crafting, but you can also open up the actual shop and craft whatever you’d like.

No, that doesn’t mean you can fill up on wards or potions without going back. In fact, you can’t buy any consumables without actually being in the base.

Between his Q, E, Brittle, and his ultimate, Ornn is brimming with disruptions, peel, and engaging crowd control. His Brittle passive actually boosts his team’s crowd control, too—so if you see an Ornn on your team, don’t be afraid to bring some control mages and more tanks.

His Q sends a fissure out in a line, damaging and slowing any enemies hit by it. After a brief delay, a small pillar erupts on the end of the line, acting as impassable terrain. This small pillar is very narrow, but it can be used to zone funnel enemies where you want them to move, or to set him up for a good E. His E is a slow charge that deals a lot of damage and also slows. If it hits terrain, however, everything near him is knocked up, stacking nicely with his Q. If he hits player-created terrain, like an Anivia wall, he knocks it down.

His W, Bellows Breath, gives him a huge shield and makes him unstoppable while he slowly walks forward, spewing flames from his mouth. The final 0.5 seconds of damage also apply Brittle to targets, which boosts all incoming crowd control on the target and also makes Ornn’s auto attacks knock them back slightly.

His ultimate summons a gigantic ram that he can punch to alter its direction. When it hits enemies the first time, it damages and slows, but if it hits them after Ornn has changed its direction, it will also knock them up. It can damage enemies twice.

Thunder Lord Ornn essentially takes Ornn’s base skin and swaps all the molten fire for lightning. It comes with all new ability effects, sound effects, and obviously, it’s badass. It will cost 1,350 RP.

Ornn is the fourth champion to be released this season, after Kayn, Xayah, and Rakan. Usually, there are far more champions by now, but this season placed a heavy emphasis on champion updates rather than new champs, including major updates for Galio, Warwick, and Urgot so far. Evelynn’s update is also on the horizon for this year. There may be few new champions this season, but that only makes us even more excited to see Ornn in action.