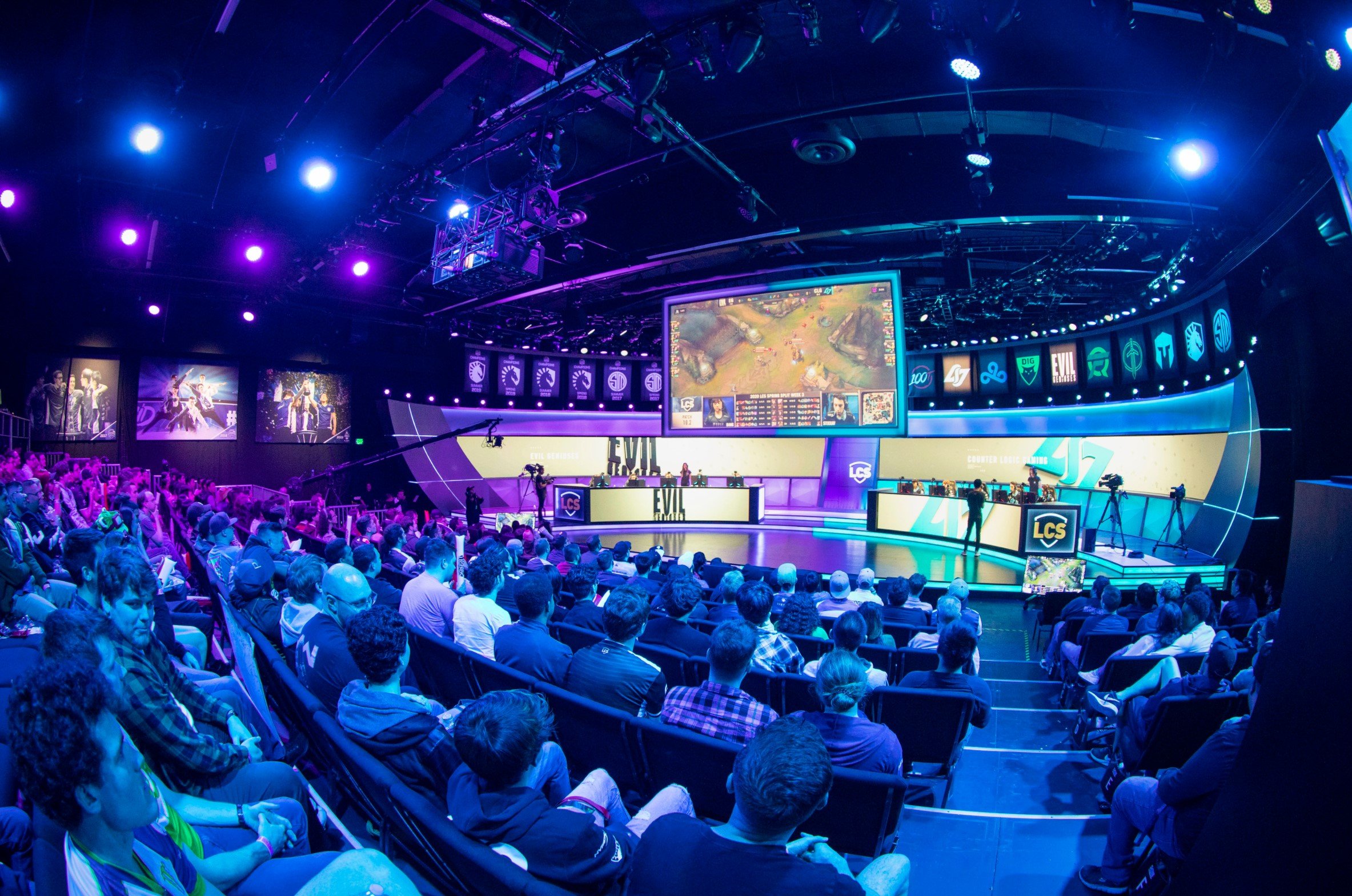 Professional League of Legends leagues across the world are set to open up their free agency periods on Nov. 16. On that date, countless contracts will expire across the globe and both teams and players will weigh their options ahead of the 2021 season.

In North America, each team in the LCS is set to make an effort to upgrade their rosters across the board. For many organizations, a full rebuild will be in order heading into the offseason, while many others will simply be looking to retool and recharge. Still, many question marks surround each organization in the league.

Here is one big question for each LCS team ahead of the 2021 season.

100 Thieves: What moves will PapaSmithy make in his second offseason?

Last year, 100 Thieves’ general manager PapaSmithy made waves throughout the entire offseason. His intriguing approach to roster building in his first year as the organization’s GM was widely touted as highly intuitive. A healthy mix of experienced veterans and budding young players looked like a step in the right direction for 100 Thieves.

But by the time the season came to a close, 100 Thieves found itself near the bottom of the LCS standings with a much different roster than the one that took the stage at the start of the Spring Split. Heading into 2021, the organization’s front office will need to assess whether it’s dedicated to fostering the talent already on the roster. Players like Ryoma and Poome still have much to prove before they’re considered foundational pieces of a winning team. On the other side of that coin, PapaSmithy and the team will have to decide if there’s still room for veterans like Ssumday, Contractz, and Cody Sun.

Cloud9: Are there any more moves to be made?

Free agency is set to kick off in less than two weeks and Cloud9 has already been one of the most active teams in the LCS this offseason. The team has already declared its head coach for next season in Reignover, while also promoting Academy top laner Fudge to the starting roster in lieu of Licorice’s departure.

Although C9 won the 2020 LCS Spring Split, several key losses toward the back end of the season prompted an unprecedented collapse the likes of which the LCS had never seen. After missing Worlds for the first time in the organization’s history, it’s entirely possible that C9 could be inclined to make more moves to ensure the team gets back on top of the LCS.

CLG: Is it time to completely hit the reset button?

To say CLG had a disappointing 2020 would be an immense understatement. But there is good news. The team is only a few pieces away from making a roster that treaded water throughout 2020 competitive moving into 2021.

With the contract of top laner Ruin expiring when free agency opens, CLG will undoubtedly look to improve its standing through the top side of its roster. From there, moves regarding the jungle and mid lane positions can be looked at afterward. While there’s certainly room for improvement regarding CLG, there’s no need for a full rebuild or complete reset.

Dignitas: How much money will the organization spend in free agency this offseason?

Last season, Dignitas opened the checkbook by giving Huni a massive $2.3 million contract. By the end of the Spring Split, though, the veteran top laner had moved elsewhere in the LCS. So while Dignitas made it clear that it was willing to spend big money and make impressive splashes in free agency, it became apparent later on that the organization’s money might not have been spent in the correct places.

Now, as 2021 looms on the horizon, the biggest question surrounding Dignitas is if the team will approach free agency with a “once bitten, twice shy” mentality. Just because last year’s big moves didn’t work out for DIG doesn’t mean that the team should be hesitant to be a contender in this year’s free agent market.

Last year, EG had one of the most active offseasons in the LCS. A blockbuster trade with C9 and several major free agent signings put the team in prime position to succeed in the LCS. But the roster moves didn’t stop after the offseason for EG. By bringing in Huni and Goldenglue at points during the season, EG proved it’s actively willing to make moves to its roster on a rolling basis. With that in mind, it wouldn’t be surprising to see EG make another slew of moves this offseason in preparation of 2021.

But despite all of the moves made last season, EG still finished outside of the top four when the season finally closed. When free agency opens, Goldenglue will be the only player from the team’s starting lineup whose contract will be expiring. If the organization is going to continue with its traditional barrage of roster moves, it’ll have to either do so through more blockbuster trades or be content with a roster packed with potential substitutes.

FlyQuest: Will the team re-sign Santorin?

Perhaps the most hotly contested free agent in the LCS this offseason is Santorin. The veteran jungler helped carry a team of experienced players all the way to the World Championship, where he and FlyQuest performed relatively well in comparison to other North American squads. If FlyQuest is dedicated to building on that success, re-signing Santorin should be at the top of the team’s list of priorities.

Santorin is the only member of the FlyQuest starting lineup whose contract is set to expire this offseason, so the team should have a narrow lens on its jungler moving into 2021. Santorin did announce today, however, that FlyQuest has given him permission to explore his opportunities heading into free agency.

Golden Guardians ended up being one of the biggest surprises of the 2020 LCS season. The team put together a shockingly impressive roster filled to the brim with young, talented players like Damonte, Closer, and FBI. And after a solid run through the Summer Split playoffs that included a sweep over TSM in the first round, it’s clear that the potential that this team has moving into 2021 is unrivaled by almost any other team in the LCS. If this Golden Guardians roster is given another year to gel together, the team could finally transform from a middle-ground contender into a genuine top-level threat in the LCS.

Immortals: How big of a rebuild will the roster need?

The first year back in the LCS for Immortals went poorly. An ever-changing patchwork roster finished eighth and tenth in the LCS standings in the Spring and Summer Splits, respectively. The team only won 12 of its 36 games in 2020, leaving much to be desired heading into the offseason.

If Immortals is to turn things around before next season, it’ll need to assess exactly how it’s going to plug the holes left in the team’s roster after the release of four out of the team’s five starters. For all intents and purposes, a total roster blow up might just be the organization’s best course of action.

Team Liquid: What moves can be made to ensure international success?

Prior to 2020, Team Liquid seemed poised to carry North America’s hopes deep into this year’s World Championship. By adding former Worlds finalist Broxah into the mix on a roster that was already stacked with players who had found boundless international greatness, many fans thought Liquid quickly transformed into a serious international threat.

But after seeing Doublelift walk away from the roster ahead of the Summer Split and Impact reportedly set to be replaced by former Rogue top laner Alphari, Liquid is clearly going through a transitional period. With Broxah’s contract set to expire in just a few days as well, many question marks surround Liquid as the organization proceeds through what just might be its most decisive offseason in recent memory. But no question is bigger than whether Liquid’s many moves will be able to help the team gain enough momentum to achieve success on the international stage in 2021.

TSM: Who will replace Bjergsen?

The replacement process regarding Bjergsen isn’t just TSM’s biggest question mark, it’s the biggest question surrounding the entire league. When Bjergsen retired, North American League lost its most iconic player. Now, the weight of replacing a player with a legendary career falls on the shoulders of TSM’s front office.

The team could elect to throw a ton of resources at a well-established mid laner from somewhere in the world in the hopes of instantly boosting its chances to win at international events. If TSM was to go down that route, names like Nemesis, Perkz, or potentially even Chovy would fit the bill. Another path TSM could consider is taking on a piece of relatively young talent, nurturing that player’s potential, and crafting the next great North American mid laner over the span of the next few years.

Regardless of how TSM approaches the monumental gap that it’ll have to fill in the mid lane, the team will still have Bjergsen on board to have a hand in his heir’s success. The fact that he’ll still be involved with the team as the lead member of its coaching staff is most definitely a positive boon for the organization moving forward.