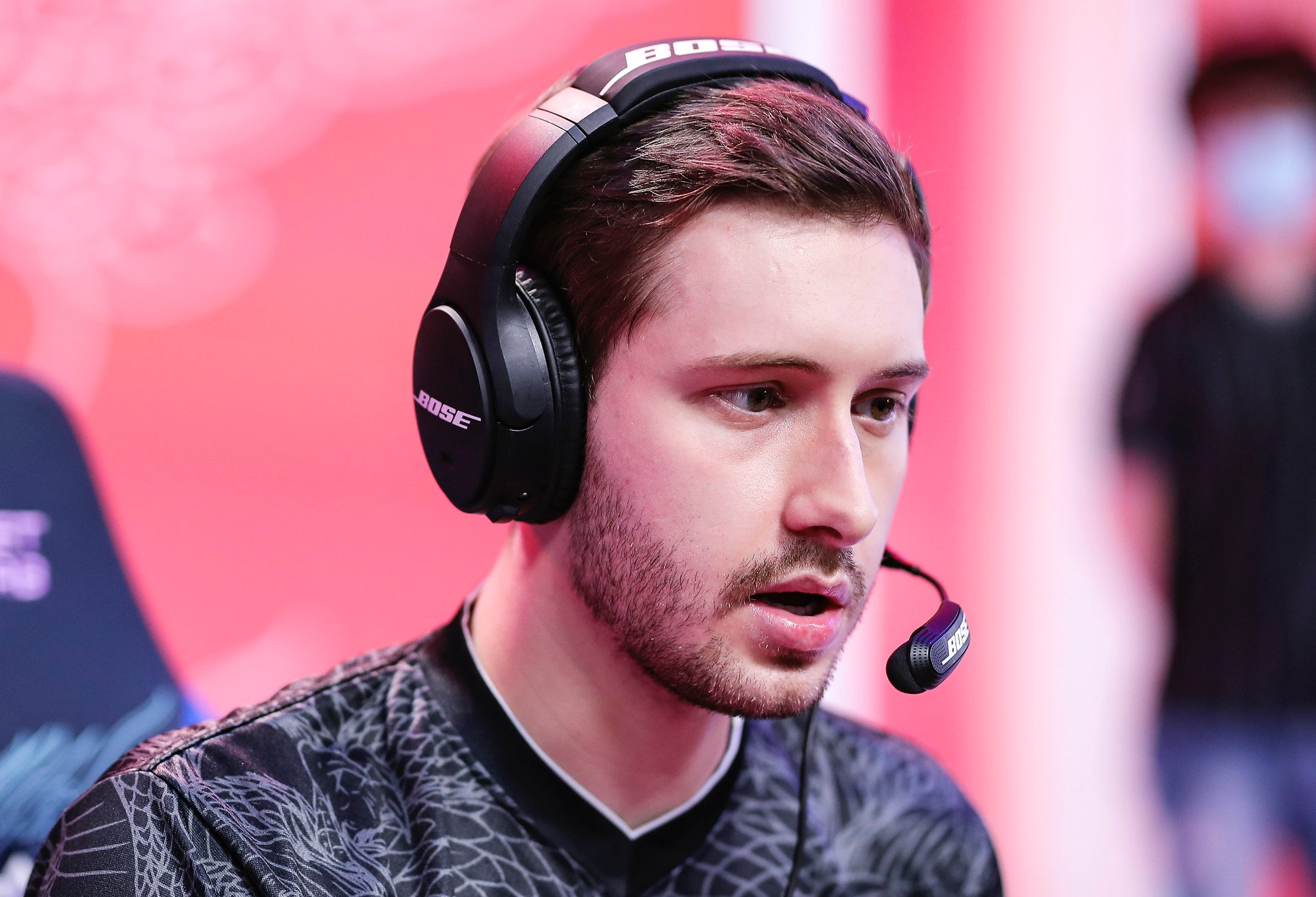 The retirement of veteran LCS mid laner Bjergsen last weekend sent shockwaves through the international League of Legends community. Arguably one of the most recognizable names in League esports, his retirement and transition to the head coaching role for TSM came after an unsuccessful World Championship performance by the team, who went 0-6 in their first Worlds appearance since 2017.

For Bjergsen, Worlds 2020 marked a slightly less-than-heroic end to one of the most famous and domestically successful careers in League esports history. From humble beginnings with the Copenhagen Wolves in season three of the EU LCS to six domestic titles and five World Championship appearances as the figurehead of TSM in North America, Bjergsen is a player who’s truly seen it all. His experience and leadership on TSM’s roster over his six-year tenure with the organization has shaped one of the most historically successful North American teams of all time—and he’s left possibly some of the biggest shoes to fill in the world of esports.

But who will fill his shoes? With TSM floundering on the international stage at this year’s World Championship, many fans called for some kind of change within the roster. But now that Bjergsen has vacated his starting spot in favor of a coaching role, the question of replacements is a conversation of necessity rather than speculation.

With the international fame of the TSM brand, it’s likely that the team will be extending offers to players from multiple regions. The identity of a team can change in a second, with infinite combinations of players coming together to create unique ideas of the optimal way to win in League. But here are some potential candidates who could replace Bjergsen.

Stick to what you know: Humanoid or Evolved

The core of Bjergsen’s identity as a player in recent years has been his self-sufficiency. He isn’t a player who demands resources. And with players like Doublelift and Broken Blade set to remain on the team, for now, his replacement will need a similar level of thriftiness. Famous for his Zilean, Bjergsen was capable of playing both supportive and aggressive mid lane picks, particularly favoring ranged mages with strong, safe laning phases.

TSM’s junglers of old have invariably been able to play with the mentality that as long as nothing goes drastically wrong, Bjergsen isn’t dying in lane. This reliability was a huge asset, regardless of meta, and allowed TSM’s side lanes to get the jungle attention they needed to snowball an early laning lead. So who can fulfill this role other than Bjergsen?

With the Worlds 2020 meta focusing on carry junglers, there’s been no shortage of self-sufficient mid laners in the international talent pool. One of the most notable examples was Humanoid of the LEC’s MAD Lions. Although the team didn’t have a particularly successful tournament, Humanoid was by far the standout player on the roster. He’s a relatively young talent in the world of League, and with two Worlds appearances under his belt in his first two years in the pro scene, he’s definitely a force to be reckoned with.

If TSM made no other changes to its roster, the organization would have space for an imported mid laner (if Biofrost remains the team’s starting support), making Humanoid a potential option to replace Bjergsen. Right now, TSM’s import slots are occupied by top laner Broken Blade and support Treatz, who was subbed out for Biofrost for the better part of a split. But Humanoid would lock the team into using their only available import slot or would have to replace one of the team’s two imports if TSM decided to use Treatz as its starting support. TSM could, therefore, look for some homegrown talent.

Although homegrown talent is notoriously North America’s weakness, there are a few domestic mid laners that the team could consider to fill Bjergsen’s spot. Some LCS teams are known to use their academy teams as a 10-man roster—a tactic most notably used by Immortals and Dignitas this season (with varying levels of success). TSM’s academy roster is one of the best in the league and mid laner Jackson “Evolved” Dohan has been a key part of that success. While he’s not the strongest laner in the league, he’s shown consistency, reliability, and a deep champion pool with a focus on lane dominant pick mages like Orianna, LeBlanc, and Zoe.

If Evolved was to join TSM’s LCS roster, fans would likely need to prepare for an initial downturn in performance. He’s a young player—his 2020 stint on TSM Academy was his first foray into competitive play—but he’s exactly the kind of player NA fans have been asking for: a homegrown talent, straight out of NA solo queue, who’s capable of ushering in a new era of domestic talent. If he’s given the time to develop, maybe half a split of shaky performances to find his feet, he could potentially prove himself.

A change of pace: Chovy

TSM could easily find a reasonable level of success sticking to what they know. Although their exit from the 2020 competitive season was a little undignified, they put up a good showing over the course of the Summer Split and looked stronger than they have in a while in their home region.

“A good showing,” however, just isn’t cutting it anymore. With the public discussions around North America’s poor international performance, fans have grown tired of teams recycling the same styles and the same players over and over again and expecting different results. Famous for their passivity, TSM made a strong move toward a change of identity with the signing of Broken Blade in 2018, whose willingness to take risks (and to have those risks backfire massively) brought a refreshing new look to the team. This high-risk playstyle has been changed significantly over the course of Broken Blade’s time on TSM, however, and his play has become more conservative than it was in his debut games in the LCS.

Although North American teams have often relied on importing players to cover up a lack of homegrown talent, importing is not, in itself, a bad thing. If it comes at the expense of a better, younger player not getting the recognition they deserve, then it’s detrimental to the league. But if an imported player can truly provide the best fit for a team, import slots exist for a reason and should be used to full effectiveness.

With that in mind, one potentially controversial option to take on the mantle of TSM’s new mid laner could be Chovy. DRX’s 19-year-old mid laner has had two years of not quite making it in the LCK, achieving domestic but not international success. His raw mechanical and laning strength is unparalleled. And, most importantly, he’s an entirely different player than Bjergsen. He’s incredibly aggressive, but this aggression is tempered by his individual skill—it’s easy to take risks when you know you’re better than the mid laner across from you.

Integrating Chovy into the squad wouldn’t even require too drastic of a stylistic change for the team. TSM jungler Spica tends to focus on the top side of the map in the first 15 minutes and the top side trio of Broken Blade, Spica, and Chovy would definitely be an early-game force to be reckoned with. If Biofrost and Doublelift are able to survive the early game unsupervised, the team could easily find success in a mid-focused playstyle.

It’s not as if a North American relocation is out of the question for Chovy, either. ESPN’s Tyler Erzberger reported last year that Evil Geniuses was “very close” to signing the player during the last free agency period. He explained that the only reason Chovy elected to stay in the LCK was coach CvMax. But after two years of international disappointments, it has to be wondered whether this loyalty can last.

Chovy’s introduction to the LCS would dramatically change the landscape of mid lane talent in the region. Fans are calling out for better talent development and stronger performances at international events in North America. What better way to strengthen the North American competitive landscape than to have its players compete against one of the best in the world?

As of right now, however, the future of TSM’s lineup is unclear. TSM hasn’t announced any roster moves in the days following Bjergsen’s retirement, but the org’s reputation in the esports world makes it likely that it’ll have its pick of whoever best fits its projected roster plans.

The offseason is barely beginning, though, and the organization will have until next year to finalize its 2021 roster. The LCS’ free agency period doesn’t officially begin until Nov. 16 at 6pm CT.

The potential replacements we suggested are just a few of the myriad of options for TSM’s future. These are all purely hypothetical suggestions, and as of yet, none of these players have made any indication that they’ll be leaving their current teams. Regardless of TSM’s final decision on a new mid laner, this will mark possibly the biggest identity shift in the brand’s long history without their star mid laner at the helm of their aspirations for international success.