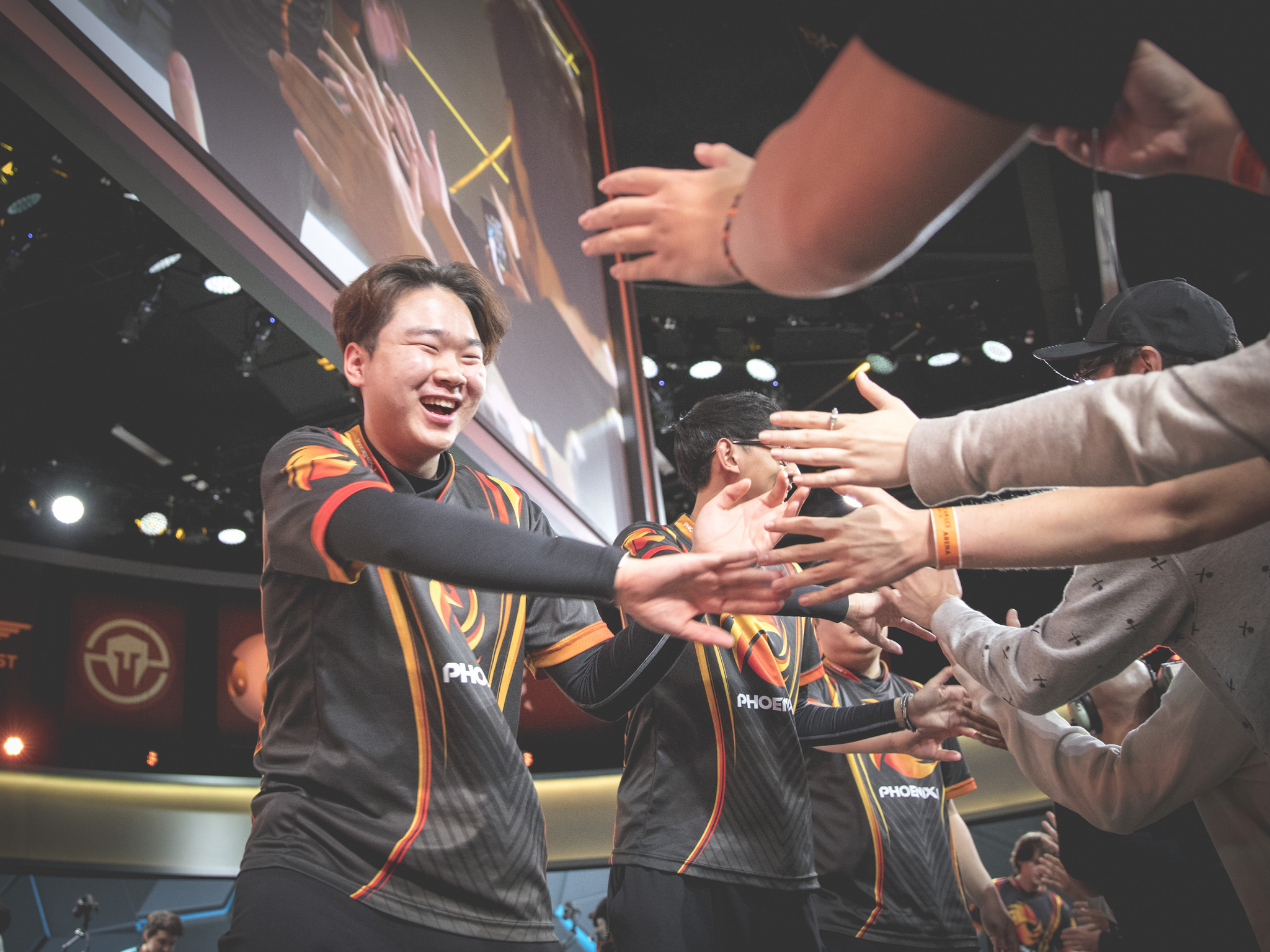 The North American League Championship Series has had a week off, but a lot has happened since the last power rankings were released. Cloud9 went 0-2, Phoenix1 won two series with William “Meteos” Hartman subbing in, and the top tier teams are being shaken up. An updated version of GAMURS’ NA LCS power rankings is here, and there are quite a few minor shifts.

Without further ado, here are the March 2 power rankings for the 2017 NA LCS spring split, starting from No. 10.

Team EnVyUs pulled off a 2-0 win over Echo fox, but they remain in last place in our rankings. The win was good, but Echo Fox’s inconsistency played a big role. Just over halfway through the split, EnVyUs is in dire need of a change.

This week, the squad takes on FlyQuest and Immortals. It’s extremely unlikely that EnVyUs will win either of these series, and the most likely scenario ends in EnVyUs not even taking a single game. It’s certainly possible, but EnVyUs has done nothing to show us any sort of strength.

This week, the new roster’s first test will be against Immortals, followed by Echo Fox. These are actually two very good teams for Liquid to take on, as Immortals is a squad in the middle of the pack and Echo Fox has the potential to be one of the best, or one of the worst, teams in the league. Liquid has a chance to gauge its talent against these two squads, but don’t expect much in the first week.

After bringing in coach Cop, Dignitas had a perfect week that included a sweep over FlyQuest. Cop is obviously not the only reason this team is performing better, but he certainly played a factor. This team is still a bit too inconsistent to rank highly, even after beating FlyQuest.

This is a tough week for Dignitas, but the players can really test whether or not they are back in form. Phoenix1 and Team SoloMid are two of the top teams in the league right now, but Dignitas has the potential to stage a few upsets.

Now that we’re back on an even week, Echo Fox should be back in peak form. They’ll need it, as they take on Cloud9. Cloud9 may have been out of form last week, but with the break, the players should be back in shape. Team Liquid should pose less of a threat, but it’s impossible to tell what they can do with their new roster.

The Immortals players are slowly edging into form, but it may be a little too slow. Counter Logic Gaming was still able to dispatch Immortals, and though Dardoch and company did take down Echo Fox, things are still looking a little rough.

An easy start after the break, Immortals gets to take on Team Liquid and Team EnVyUs this week. Immortals shouldn’t struggle against the two worst teams in the league, and this should be a good way to ease into the second half of the split.

Counter Logic Gaming is returning to form, currently on a three-game winning streak. CLG doesn’t look particularly amazing, but the players don’t look very bad either. In the sea of inconsistent teams that is the current NA LCS, CLG is a refreshing change of pace, even if they aren’t at the top of the pack.

This week, CLG can continue its improvement by defeating Phoenix1 and Team SoloMid. It’s a tall order, but the potential is certainly there. At the time of writing this article, it is unknown who Phoenix1’s starter in the jungle will be, but the squad is formidable no matter what. TSM is once again the best team in the NA LCS, but CLG is pretty good at beating the giants.

With bad drafting and mysterious plays, FlyQuest ended the first half of the split on a three-game losing streak. Hai and company could still be the best team in the league, but they certainly did not act like it against Team Dignitas and Team SoloMid.

FlyQuest opens up this week with a good chance to get back on track against Team EnVyUs, but the fun stops there. In their second series of the week, FlyQuest has a rematch against Cloud9. Both teams have fallen from glory because of their last two performances, but both are still top teams in the league and will be in contention for the top spot until the split ends. This will be another great series if both teams show up to play.

Without Inori, Phoenix1 looked a little off against Team EnVyUs. Meteos did not fit very well, but he had a decent enough performance. Against Cloud9, however, the jungler was unstoppable. Phoenix1 and Meteos destroyed the league leaders. This may have been a fluke, considering Meteos’ mediocre performance against EnVyUs. Or, Meteos may have just been rusty in his first series back on stage, and shook it off by the time he took on Cloud9. It is currently unknown whether Inori will be returning to the starting position, but Phoenix1 should be okay either way.

Phoenix1 takes on Counter Logic Gaming and Team Dignitas this week, two teams that this squad should be able to beat. If Meteos is staying as the team’s starter, these series will give him an opportunity to prove that the match against Cloud9 was not a fluke. If Inori is back, we get to see Phoenix1 with its regular roster again. Both scenarios have great stories to keep an eye on, and both should end in Phoenix1 going 2-0 this week.

Oh how the mighty they fall.

In all seriousness, Cloud9’s form has been deteriorating for a bit, and it finally got to them. A poor early game, lack of jungle synergy, and uncharacteristically sloppy plays led to Cloud9 going 0-2 to close out the first half of the split.

Declining their invitation to IEM Katowice, Cloud9 spent the break confronting their issues. These two losses were likely a huge wake-up call. This week, going up against Echo Fox and FlyQuest, Cloud9 will show us just how determined they are to be the best team in the league.

Team SoloMid appears to be back in form after taking down the two top teams in the league to close out the first half of the split. It’s fair to say, however, that Cloud9 and FlyQuest were a little off their game. Regardless, it’s hard to argue that TSM does not deserve the top spot right now.

TSM, now tied with Cloud9 for first place in the standings, has a good chance to take sole possession of the top spot this week when they take on Counter Logic Gaming and Team Dignitas. Both of these series are very winnable, and Cloud9 could falter against FlyQuest or Echo Fox.