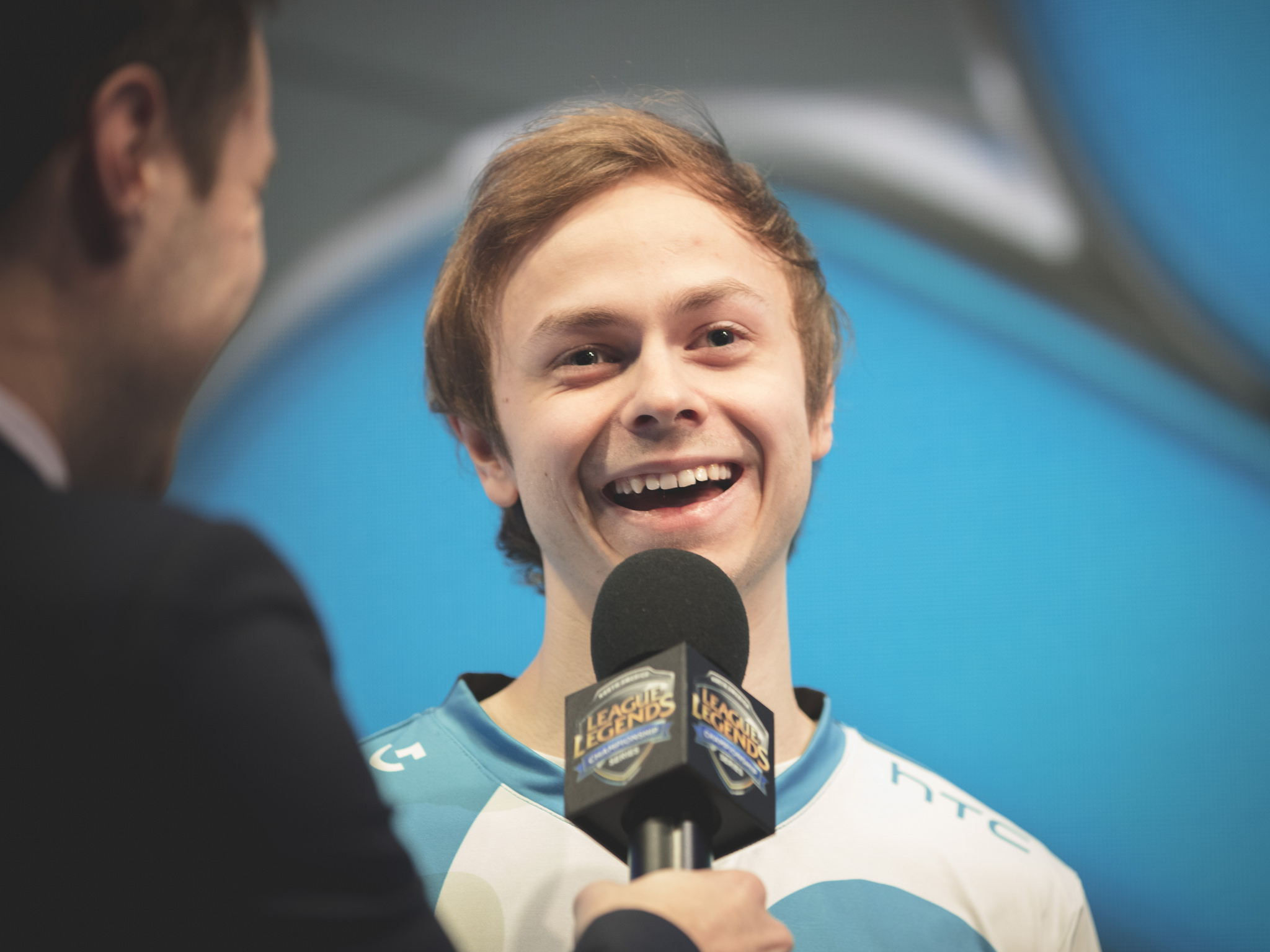 With five weeks left in the regular season, the North American League Championship Series standings are starting to take shape. Tiers are beginning to form, but many teams are still too inconsistent to properly judge. Cloud9 faced two close calls, Team SoloMid got a wake-up call, and Team EnVyUs is still in last. An updated version of GAMURS’ NA LCS power rankings is here, and there are quite a few minor shifts.

Without further ado, here are the Feb. 16 power rankings for the 2017 NA LCS spring split, starting from No. 10.

Team EnVyUs failed to capitalize on Dignitas’ ailing form, and was swept in both of its series this week. This is where we get blunt. Things are looking bleak for EnVyUs, and they are showing almost no signs of improvement so far. We’re now almost halfway through the season, and EnVyUs is staring relegation in the face.

Things don’t get any easier this week, as EnVyUs has to take on Echo Fox and Phoenix1. If EnVyUs has even the slightest chance, it’s in the Phoenix1 series. And even that is a stretch. Phoenix1 is completely out of form right now and on a three series losing streak, but all three series were against some of the better teams in the league. If EnVyUs could not capitalize on Dignitas’ woes, it’s unlikely they will be able to take down Phoenix1; but anything is possible.

Well, Dignitas finally got back on track by sweeping Team EnVyUs, but not before the squad was swept by Immortals. It’s worth noting that Immortals had a spectacular weekend, albeit against two squads at the bottom of the barrel, but hey, wins are wins. Dignitas was on the receiving end of the strong week from Immortals, and even made drastic changes in the EnVyUs series by starting Stunt over Xpecial in the support position. They won that series, but I’d be hardpressed to say that Stunt played a pivotal role or even looked good. This team is still flailing.

Redemption comes this week, as Dignitas takes on Team Liquid. They take on FlyQuest as well, but we can just chalk that down as a loss. Liquid has been inconsistent, but mostly leaning toward pretty bad. If Dignitas wants to build on momentum from the win over EnVyUs, this is their best shot.

Team Liquid’s rollercoaster continues, as the squad put up a good fight against the league-leading Cloud9, but got eviscerated by Immortals. It can be argued that Cloud9 looked a little off their game in the first series, and that Liquid may have been a little lucky, but they did capitalize and win a game. Sadly, just not the series. The Immortals series was a sad one to watch, as Liquid never stood a chance.

This week, Liquid takes on Dignitas and Counter Logic Gaming, two teams that they could theoretically beat. Dignitas is having a bad time sitting at the bottom of the league as well, so either team could come out on top in that series. If Liquid can get back in form a bit, the form that beat Echo Fox and took a game off of Cloud9, they can easily give CLG a run for their money. CLG is pretty up and down right now, but mostly on the upside it seems. A win is possible, but not probable.

Where this Immortals squad came from, I do not know, but they are a joy to watch. This is no longer the Dardoch show, as both sweeps last week were a team effort. Now, the focus will be on whether the team can keep up the performance.

It’ll be a tough task to keep the upward trend going this week, as Immortals takes on CLG and Echo Fox. If the whole team keeps it together, beating CLG shouldn’t be too much of an issue. Beating Echo Fox, however, is a more daunting task. It probably won’t happen.

It looked like we saw two different CLG squads hit the rift this week, and one was a hell of a lot better than the other one. CLG was thrashed by Echo Fox, but turned around and upset Phoenix1 the very next day. Inconsistency rules this team right now; high highs and low lows.

This week, CLG has two very winnable series against Immortals and Team Liquid. Immortals may pose a threat, as the team is on an upward trend, but it’s hard to tell how long that will last. If CLG shows up, they should win easily. Liquid is even more inconsistent than CLG has been, and their lows have been ever lower. If Liquid comes to play, who knows what could happen, but the most likely outcome is a CLG victory.

“But CLG beat Phoenix1” – yeah, we know, but that doesn’t necessarily mean that they’re the better team. In that moment, in those hours, CLG was the better team. If these teams were to play again this week, I’d put money down on Phoenix1 taking the victory. Aside from that, an 0-2 thrashing from FlyQuest moves Phoenix1 down one place in our standings.

Inori is out for the week to “take care of a personal matter,” so Meteos is taking his place. The ex-Cloud9 jungler is subbing in for a team that is on a bit of a losing streak. On Friday, however, the team can get back on track against Team EnVyUs, the squad with the worst record in the entire league. Things get bad again when they take on Cloud9 on Sunday. There is a 95 percent chance that Phoenix1 loses that game. Meteos will be facing his old team, and it may not be pretty to watch.

Rick Fox retweeted our power rankings last week, in which I ridiculed his team quite a bit. Now, they’re proving me wrong. In total dominating fashion, Echo Fox swept CLG and TSM last week to show that they’re here to win. The inconsistency from week to week is still a bit worrying, but Echo Fox is certainly in form right now.

This week grants Echo Fox the opportunity to keep winning, even if their form slips. EnVyUs and Immortals are not exactly the scariest teams in the league right now, and Echo Fox should be looking at another 2-0 week. Immortals may pose a threat, just like they may against CLG, but it’s hard to tell just how good and consistent this team is right now. If Echo Fox plays their game, they will win.

“But Echo Fox crushed TSM” – yeah, we know, again. Look at Phoenix1’s ranking for an explanation, though I’m less confident in this one. TSM is still an undeniably strong team, and one bad day isn’t going to change that. If the problem persists, then it really turns into something. For now, let’s not overreact.

This week, however, will be TSM’s toughest challenge since Worlds. Cloud9 and FlyQuest, the two top teams in North America, stand ready to take TSM down. If this squad doesn’t fix its mindset after being swept by Echo Fox, TSM is in for a terrible week.

FlyQuest may have lost to Cloud9, but they easily could have won that series and are clearly the more consistently strong team when compared to any team in the league not named Cloud9. The series against Phoenix1 was a testament to that, as FlyQuest never looked all too threatened.

This week, FlyQuest has the opportunity to cement its place as the second best team in the league by taking on Dignitas and TSM. Dignitas is on the chopping block. With the way they look right now, Dignitas will be swept. Against TSM, there could be a good series, but it’s more likely that FlyQuest walks away with a relatively clean victory.

Despite a few close calls, Cloud9 still has a perfect record and leads the league, but teams are figuring out that they are beatable. The team was uncharacteristically sloppy against Team Liquid, even when Impact returned to the top lane for the third game of the series. The series win over FlyQuest was a narrow one, with flaws showing up across the board. Regardless, Cloud9 is the team to beat in North America.

This is a solid week for Cloud9 to keep hold of the top spot, as the squad takes on Phoenix1 and TSM. Neither of these teams are bad by any means, but they are both in relatively poor form and Cloud9 should be able to walk away with a clean 2-0 week.