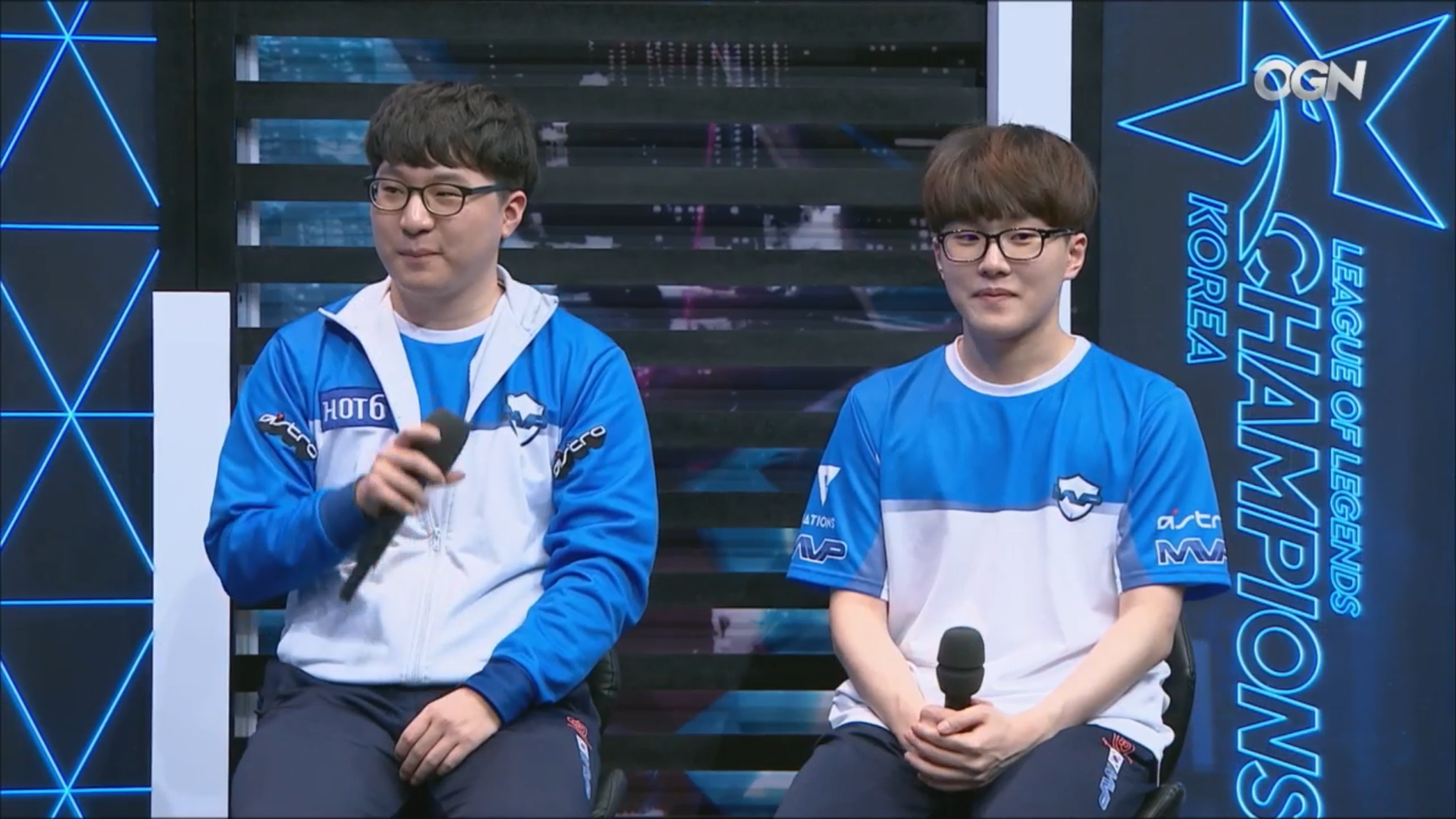 MVP picked up their first series win of the LCK 2018 Spring Split with a hard fought victory against a sloppy SK Telecom T1 side.

Going into the series against SKT, MVP had lost their first five series of the season. With such an underperforming roster, SKT were the overwhelming favorites to win the series to keep their hopes of a playoff spot alive.

MVP, however, didn’t read the script as they pulled off a shock victory against the three-time world champions. MVP were 0-12 against SKT going into the game, having not won a single match since Summer 2016—so even winning a single game against SKT was huge for the organization.

SKT failed to make an impact in the first game of the series after a series of sloppy plays gifting MVP easy kills and objectives. It was a dominant performance from an MVP side that had failed to win a game in the entire Spring Split so far.

The loss forced SKT to change up their team for the second game, bringing Lee “Wolf” Jae-wan back into the support role after flexing between it and jungler the past few weeks for Lee “Effort” Sang-ho.

The change was exactly what SKT needed as Wolf brought much needed experience into the side to secure SKT the win, tying up the series. Some bizarre decisions in the late game by MVP cost them the match. Instead of focusing on a four-man Baron buffed unit breaking into their base, MVP instead went after the solo split pusher.

Even with Faker playing well on the Zoe and picking off a bunch of MVP champions, it was SKT’s jungler Kang “Blank” Sun-gu that cost them the final game. Blank was greedy in the early game, trying to fight at every opportunity against MVP’s jungler Kim “Beyond” Kyu-seok, only to lose every time.

SKT are now one lose away from tying with MVP for last place in the LCK. They will need to beat Afreeca Freecs on Sunday if the organization has any hopes of challenging for a top six position at the end of the season.

As for MVP, their next match isn’t until next week when they go up against Kongdoo Monster on Feb. 6. A win there will pile the pressure onto SKT even more.