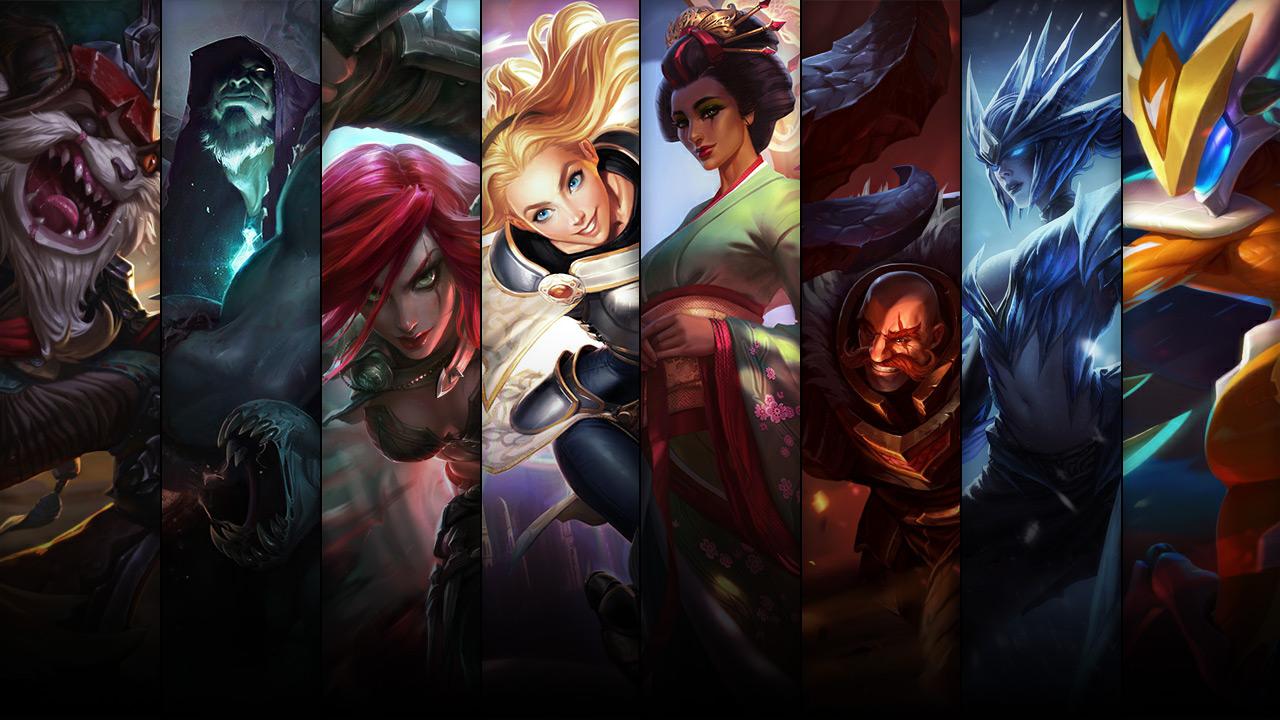 This week’s League of Legends champion and skin sales offer something for every lane.

After focusing on mid and top laners in the last champion and skin sale, Riot is now offering a bunch of top and mid lane champions as well as skins for a variety of champs.

Kled is a champion that excels when fighting. If you’re up against another melee champion, try to chip away at their health slowly and then dive in for the kill. Even if he loses Skarl, keep fighting and if he hits an enemy enough times, Skarl will return.

Yorick is a lane bully champion that can use his ultimate ability and ghouls to push towards towers fast. If he can get the Rift Herald before the Baron spawns, he can almost guarantee himself first tower gold in the top lane.

Katarina excels in one-vs-one matchups. As Katarina, constantly throw daggers at your opponent to bring them down to low health, and activate her ultimate to pick up a nice and easy Pentakill.

As a mage, Lux relies on her abilities to deal damage and stun her opponents. She needs to watch her mana bar, however, as her abilities use lots of mana each time they are cast. Grab Lux now while she is on offer so that you can get yourself the brand new Lunar Revel skin when it launches in Patch 8.2.

Even if it is one of Karma’s cheaper skins, the Sakura aesthetic really adds to her design. Sakura Karma gives players the chance to feel like an ancient Japanese princess while they are mowing down enemy players. It is on sale for 260 RP.

Braum’s launch skin is also one of his best. All of Braum’s skins are pretty good, honestly, with Santa and El Tigre being standout additions. With Dragonslayer, however, fans can wield a flame-spitting dragon door and shoot hot fire at their enemies—what more could you want? Get it now for 487 RP.

In the frozen tundra of Runeterra, where no man would ever step, hides the legendary Ice Drake, looking for someone to be her next meal. Shyvana’s effects and abilities are given a frosty makeover with this fan-favorite skin and it’s available for 487 RP for a limited time only.

The Super Galaxy squad are the protectors of the galaxy, fighting evil wherever they go. Kindred is one of the founding members of the squad and is looking to team up with its allies on the strange world of Summoner’s Rift. The skin is on offer for 675 RP.