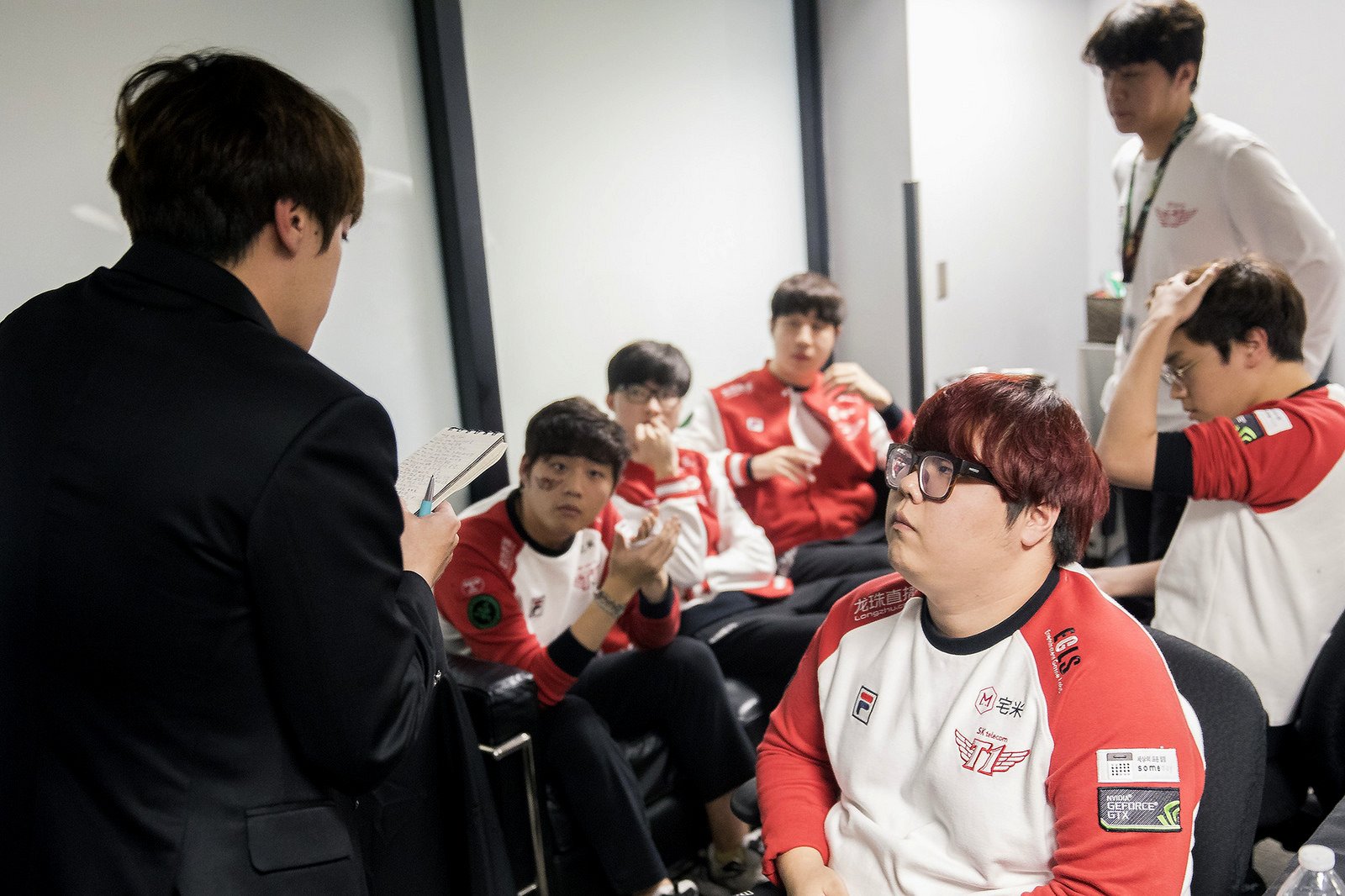 For many League of Legends fans, debating the latest roster changes and managerial hires is almost second nature.

The tongue-in-cheek idea that redditors are the real experts became so popular it spawned an ill-fated attempt to buy and operate a team based on the community’s whims. “Team Reddit” failed due to the logistical nightmares of crowdfunding an actual esports organization. But the initial progress showed many wanted to be more involved with the managerial side of esports.

They might not be managers of a real team, but now fans have a chance to play as one. LOL GM, a free general manager simulator where players pick a team, assemble rosters, and balance budgets in order to further their esports dynasty. Reddit user /u/MyCoder, who asked to keep his real name off the record, developed the game—along with several other sports management games—with help from the source code of a Basketball GM simulator.

MyCoder began developing manager games after he asked the creator of Basketball GM if he could create similar games for other sports. After he created games for baseball, football, and college basketball, a Reddit user came to him and suggested League.

He reached out to the League subreddit in September 2015 and gauged interest. His post received 1,000 upvotes and a lot of interest. Although this wasn’t MyCoder’s first GM project, he understood an esports management game would bring its own unique challenges.

“When you first think about it, you have to wrap your head around it because it’s kind of a new thing,” he said. “The first thing I did was just think of the attributes that mattered. Once you got those down, you started thinking how those feed into performance in the game to create the simulation. Once you have that down, it pretty much flows like any other sport.”

These attributes became the core of the game, like overall skill, potential, and how a player can invest in analysts and coaches to maximize the team’s abilities.

The developer had lots of help from the community. Reddit user /u/AvenirGG, who convinced him to develop the League-inspired game, made a subreddit for the game, which drove discussion toward improving it. The first release came in December 2015, but the community helped push constant updates every day.

MyCoder, who by his own admission was “relatively new” to MOBAs, said the subreddit was essential in helping make sure he didn’t miss “obvious things.”

“When people are playing, things just jump out at them that are really crucial and that you can fix,” he said. “I ended up polishing everything… I made the game simulation more accurate and polished the free-agency aspect and the game in general.”

The player begins by selecting a region, team, and adjusting the patch settings. The base game uses imaginary team names like “Faith Gaming” and “Sky10.” But several users helped create custom file packs for players to modify the game with actual LCS team names and pro players.

According to the developer, team insiders also helped shed light on actual team’s expenses, losses, and profits, in order to improve the realism of the game.

While the goal for a manager is to win every year, MyCoder says the difficulty varies based on the starting team.

“In League of Legends, it’s very top-heavy,” he said. “The best teams usually get the best players, so it should be extremely difficult to be a bad team and get good. You don’t really have an advantage over the good teams. Why would these teams want to play with you when they can go to the team that just won the championship that’s missing a player?”

MyCoder says the key to a successful future is investing in young players with high potential scores and develop them in the years to come.

“Keep (young players) with you for three years and hope they turn into something good,” he said “That’s the general approach. You can do some trading around that to try and speed up things.”

The refined engine works well, and the game often rewards calculated strategies. Still, the developer does see ways to improve it.

“The main roadblock is user interface,” he said. “The game itself, if you compare it to other ‘manager’ games that are actually on Steam, is probably better than anything that’s on Steam right now. It’s just the user interface that needs an overhaul.”

Better UI could also include a tutorial or advisor, which would make the game easier to digest. The developer also wants to improve the “game” inside the game.

“The general manager is primarily with roster construction,” MyCoder said. “Free-agency, trading and the draft—if you had it. Then there’s also a coach that handles the game-to-game management. The whole coach side is what could really be expanded. Give a lot more control over the actual game and the strategy. That’s just the natural progression of where it would go.”

Whether you want to forge the next esports dynasty or are just looking for something to pass the time, LOL GM is a fun and free way to explore the endless possibilities of esports management—without the scams and financial risks of the real deal.