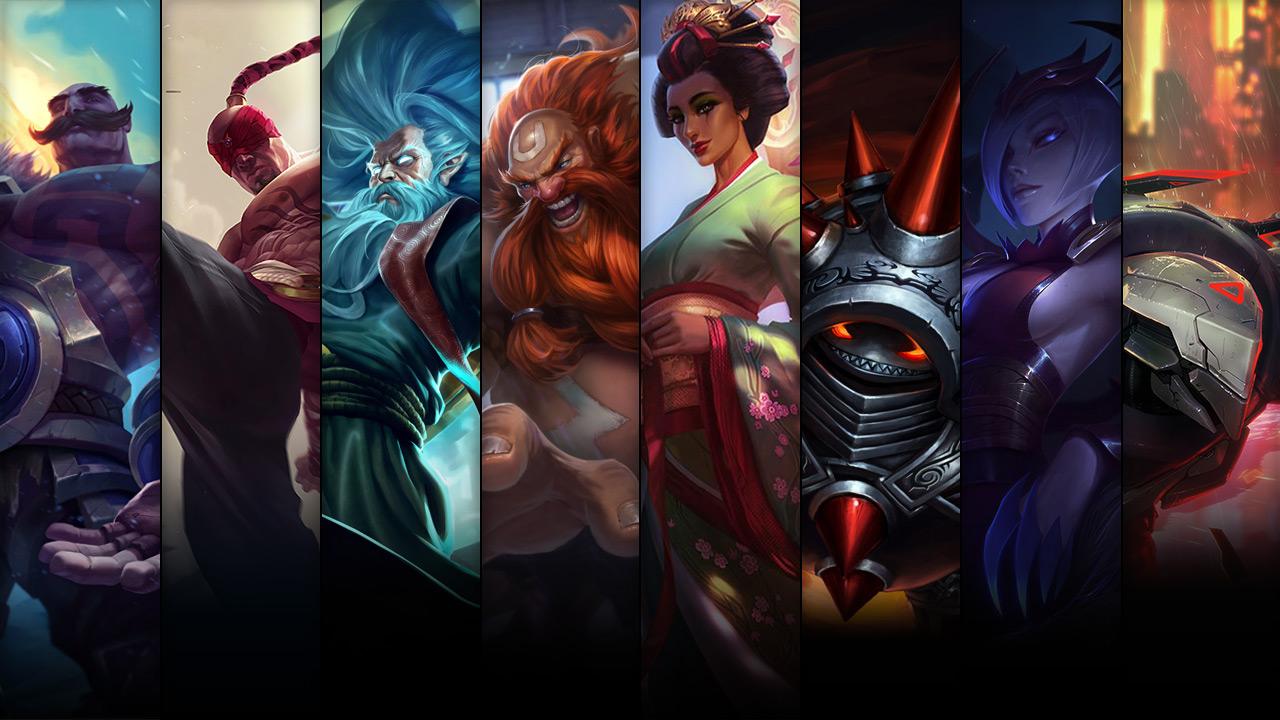 A host of competitive jungle champions are on offer, including Gragas and Lee Sin.

Summer is upon us—now is the time to relax and watch the cherry blossoms bloom.

Head straight into the path of your foes and stop them in your tracks.

A darkness hides under the gaze of the Blood Moon. Be sure to watch your back at all times.

The PROJECT skins are some of League’s more popular skin themes. Be sure to snap this up while it’s a bargain!

Turn back time to fix your mistakes. Fulfill your role by supporting your team to keep them alive.

Your team needs you. Toss a barrel into the path of your foes to keep your carries alive.

A wise man once said: “Force is meaningless without skill.” If you believe yourself worthy—fight.

Protect your team by becoming their shield. Let your foes know the might of Braum.