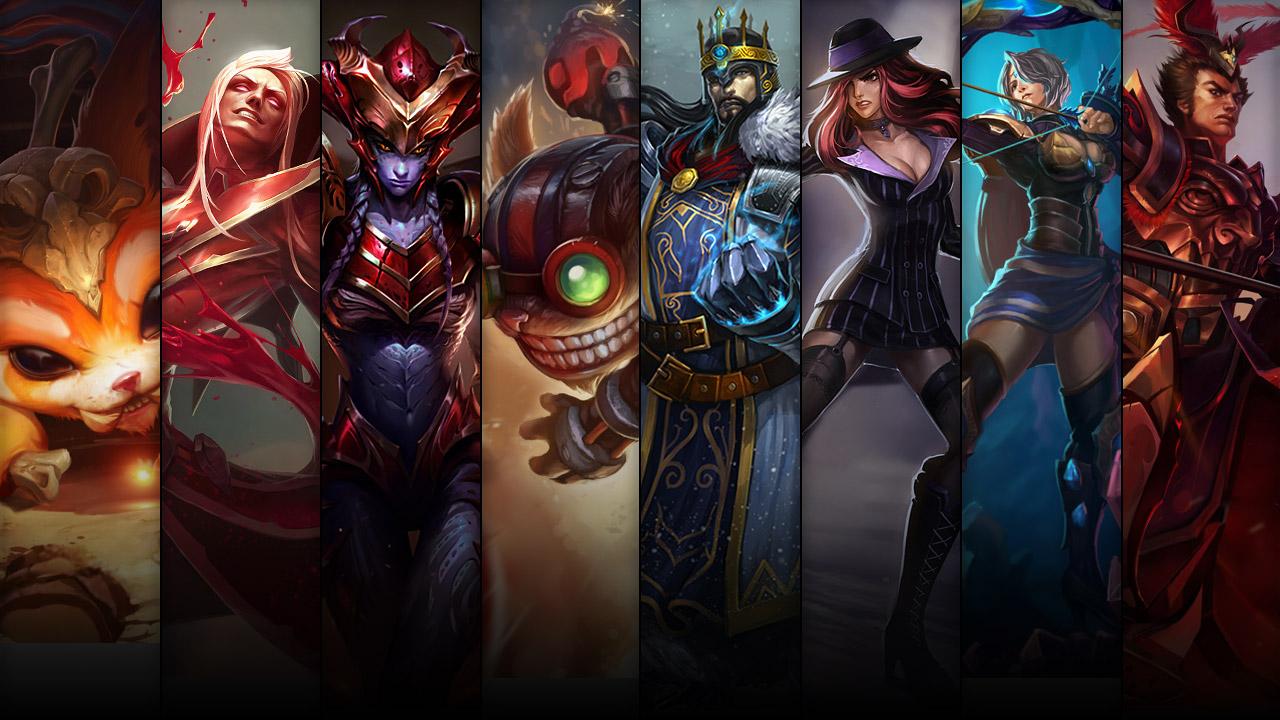 The Kings of Demacia and the Freljord go to war, with Jarvan IV and Tryndamere duking it out in the toplane.

The people of the Freljord have waited long enough for their king to return.

Just be sure to pay your protection money and nothing bad will happen, capeesh?

Taric isn’t the only champion to use the power of the gems.

Choose a side. Do you fight for the crimson steel of Demacia or the rusty brass of Noxus?

Being a dragon/human hybrid can have its perks.

It’s so difficult being the smartest Yordle on Summoner’s Rift. Let’s go blow something up to relax!

Hidden deep in the crypts of Noxus lies a dark secret.

Unleash your inner primal rage, which has been dormant since the beginning of time.