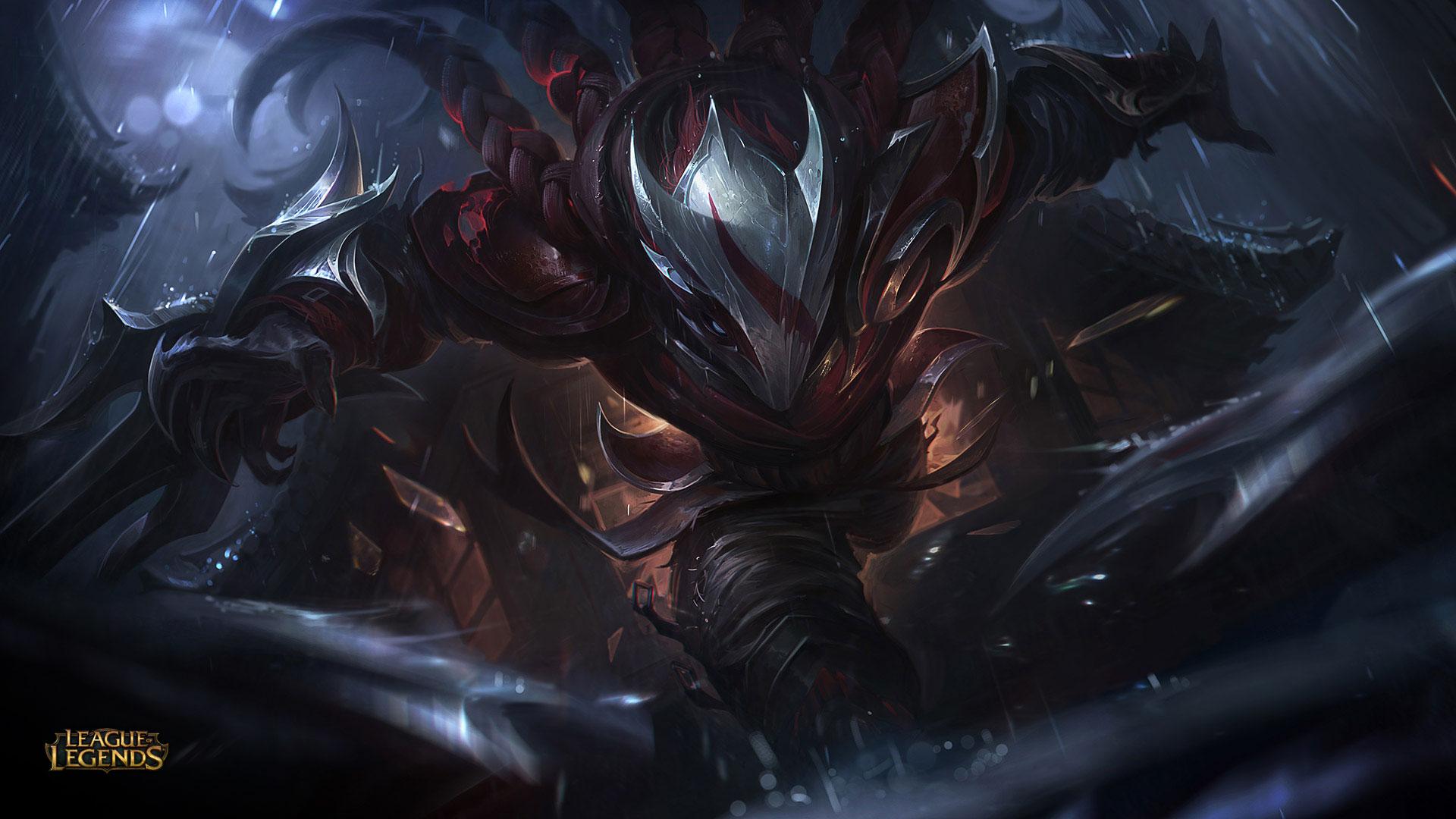 The Blood Moon rises over Summoner’s Rift. The ground of the Rift is tainted red with blood. Spirits and demons rise throughout the jungle. Oh, and Jhin finally gets a new skin.

In the past, Blood Moon was merely a line of champion skins that was released yearly. This year, Riot has turned it into a huge event with much more than just skins. The Blood Moon event comes to League of Legends this year with a ton of awesome new features, like a new game mode, a themed Summoner’s Rift, and a healthy dose of angst.

“To the Cult of the Blood Moon, the sign is clear. The heavens call for brutal sacrifice, and the cultists will take the night to slaughter anyone foolish enough to be caught beneath the looming orb,” reads the official Blood Moon website.

If you want more details on the event before you dive in, so you can be prepared to make sacrifices to the Blood Moon like a pro, we’ve got you covered.

New game mode: The Hunt of the Blood Moon

The new mode is set on a creepy version of Summoner’s Rift, with players forced to sacrifice spirits, demons, and each other to appease the Blood Moon. For more details, be sure to check out our guide.

Oh, and you can only play assassins and high-damage dealing divers. The game mode will be available for play this weekend and next weekend (Feb. 10 to 14 and again Feb. 17 to 21).

Each of the new skins comes with its own story, to really drive home the whole “murder cult” theme. You can find details about the skins, their stories, and skin bundles for sale on the official Blood Moon page.

“The Blood Calligrapher’s masterpieces are as beautiful as they are horrific. For him, each victim represents a new inkwell, and his canvas will be as broad as that ink will allow. The sanguine marks on the ground signify the Cult’s power and deepen the artist’s connection to the spirit world.”

“The moon shines most vividly as the Blood Priestess approaches. Scarlet rays from the night sky beam down on her victims, and the lunar assassin is never far behind. Her ritual slaughter is done swiftly, her arcing blade glinting in the dark moonlight.”

“Few agree on the true nature of the Trickster Demon, who deals death from his deck of afflictions. Whether he is a demon from the spirit world or a mortal in a mask, quiet whispers spread conflicting rumors of his whereabouts. The truth belongs only to him—and the spirits trapped in his cards.”

“As precise as he is patient, the Blade Demon is thought to be the result of a broken symmetry between the blood moon and the earth, sent down from the deathly sky itself to collect its due. Silhouetted against the crimson moon, he descends on his victims from the canopy above.”

To see all previously released Blood Moon skins, head to the website and scroll to the bottom.

The Blood Moon event brings several new icons and one new ward skin to the game. 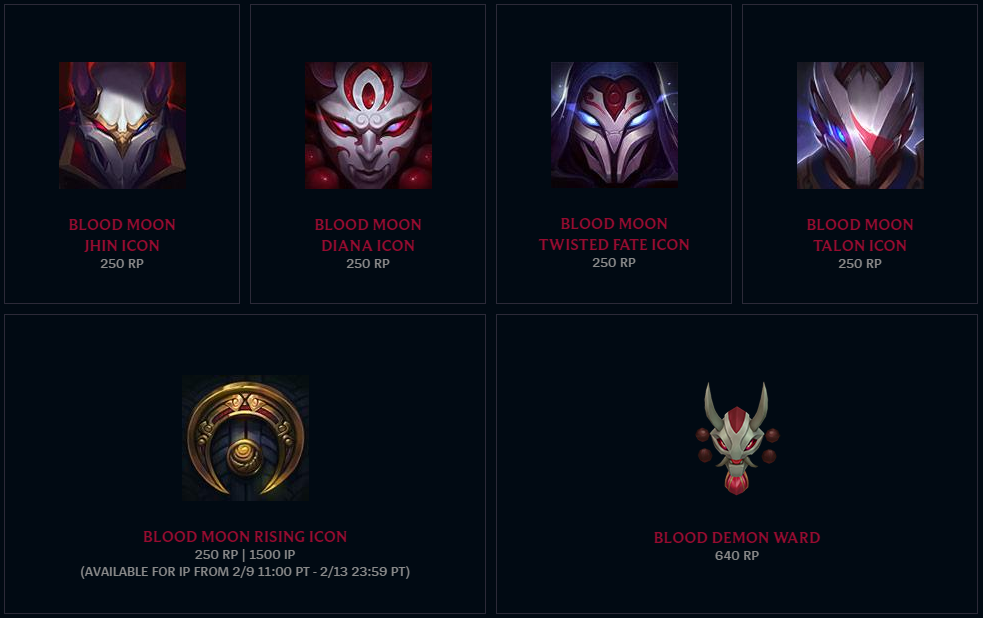 Whether you’re looking to spend some Riot Points on new goodies or hunt down victims for the Blood Moon, the event should be a blast. Get out there and have fun slaughtering your enemies.