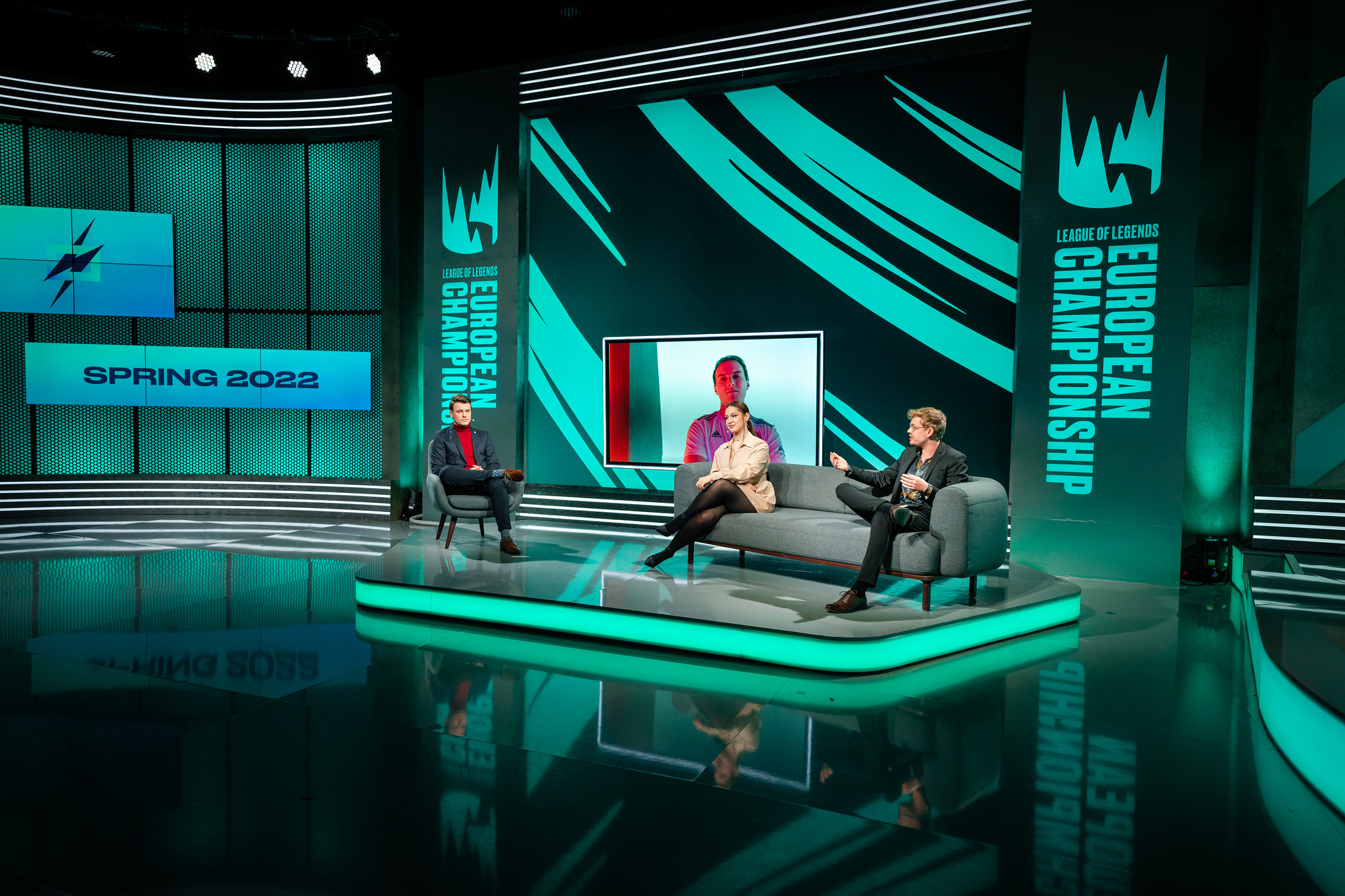 If you’re looking for a League of Legends region to constantly surprise you, look no further than Europe’s LEC. The league is constantly finding ways to keep its supporters on their toes, and after the first week of the 2022 Spring Split, the fanbase is already rumbling with excitement.

From strong debuts to shockingly weak starts from a supposed powerhouse, week one has people talking about what to expect next from a league full of starpower and potential. There were five specific players that shone brighter than their peers on Summoner’s Rift, however.

Their contributions were essential to their team’s success this past weekend through pure statistical dominance, clutch moments, great decision-making—or any combination of these three. Here is the LEC Team of the Week for week one of the 2022 Spring Split, voted by the League writers at Dot Esports.

The 2021 competitive year was not kind to Wunder as he wrapped up his fourth and final year with G2 Esports. The decorated top lane veteran disappointed European fans with middling performances throughout the previous Spring and Summer Splits, and he was criticized for allegedly not giving full focus to scrims and team practices.

Even though former teammates and staff—like Team BDS head coach Grabbz—defended Wunder and his work ethic, it is up to the 23-year-old to prove he is still one of the best players in his role. This past week, he rose to the occasion by leading with the highest kill-participation percentage in his role and holding an average of 614 damage to champions in these past three games, according to Oracle’s Elixir. He also had a small collection of highlight plays, including an incredible one-vs-three outplay in lane against Team Vitality.

It might be a small sample size, but it could just be exactly what Wunder needed to jump-start his new beginning with Fnatic. Consistency will be the name of the game this year, and if he can reach similar peaks to the ones he found with G2, Fnatic will be a menace through the playoffs and beyond.

Right from the get-go, during MAD Lions’ first game of the season, Elyoya proved why he’s among the best junglers in Europe, dismantling a proven Vitality squad alongside his own personal army of supporting stars. With his help, MAD’s unproven debuting rookies shined against five of the most proven players the LEC had to offer.

If MAD Lions are going to replicate the same success that they did in 2021, it’s going to be on the backs of the core players that helped the team achieve new heights last season. At the very center of that discussion is Elyoya, who already leads all LEC junglers in KDA with a mark of 5.5 to kick off the year, according to League stats site Oracle’s Elixir. In games that MAD Lions won this week, Elyoya put together a combined scoreline of 11/2/19.

Playing Diana and Jarvan IV last weekend, Elyoya put his foot on the pedal every time he had the chance to do so. Whenever the “go button” was available to be pressed for MAD Lions, he was the one to lead the charge.

After the first super week of the LEC Spring Split 2022, Misfits’ Vetheo enters this superteam with the highest kill participation percentage among mid laners. This is just the second year for Vetheo in the LEC, but he has already distinguished himself despite tough competition and a range of veteran mid laners in the region.

Vetheo showed versatility and strength in the first three matches of the Split, leading the games with three very different champions and finishing with the highest KDA in his role. Furthermore, his performance during Misfits’ third match of the week demonstrated his ability as a leader and his strength as an individual. The team was up against the newcomers of the league, Team BDS, and Vetheo locked in Sylas for the mid lane. His performance during the match, and his prediction that resulted in a kill on Ezreal, later earned him the Player of the Game award.

Numbers don’t lie. Vetheo is a formidable player who brings an explosive playstyle worthy of a mid laner on the roof of Europe, and he is continuously evolving and improving, as he said during last week’s interview.

When preparing for week one of the LEC, many viewers expected Vitality’s Carzzy or Fnatic’s Upset to shine the most when it comes to AD carries. And while some of them delivered, it was Comp who impressed us the most.

The Greek player currently boasts the second-highest K/DA ratio in the league (13.7), just 3.3 points behind his partner in crime Trymbi. The duo held their own in the early games, and kept pace in lane in the three played games. When the middle and late-game teamfights began, he stood as a force to be reckoned with. His flawless positioning and damage dealt were key to Rogue’s week superweek successes and also the reason why he’s found a spot on our list.

Fnatic enjoyed a strong 3-0 opening to their LEC 2021 Spring Split. One of the main candidates for this success has to be Hylissang.

During the first week, Hylissang played engage champions like Rakan and Thresh while also going for a mage support pick in Zilean. His four-person knock-ups on Rakan helped Fnatic turn the tides of several teamfights, which helped them come back from a deficit and win the first match of the tournament against BDS. Apart from that, his hooks and stuns always dictated the pace of the teamfights which helped the squad comfortably find picks on the enemy team.

Hylissang had the second-highest assists (33) with the highest kill participation (84.1 percent) among all supports in the tournament, making him reliable and consistent with his engages in providing favorable entries into the teamfights with the team. Moreover, Hylissang is infamous for making sacrificial plays that make his playstyle very risky yet rewarding in many cases. Surprisingly, however, the player had the third-lowest deaths at five in the first week—a good omen for a support player going forward.