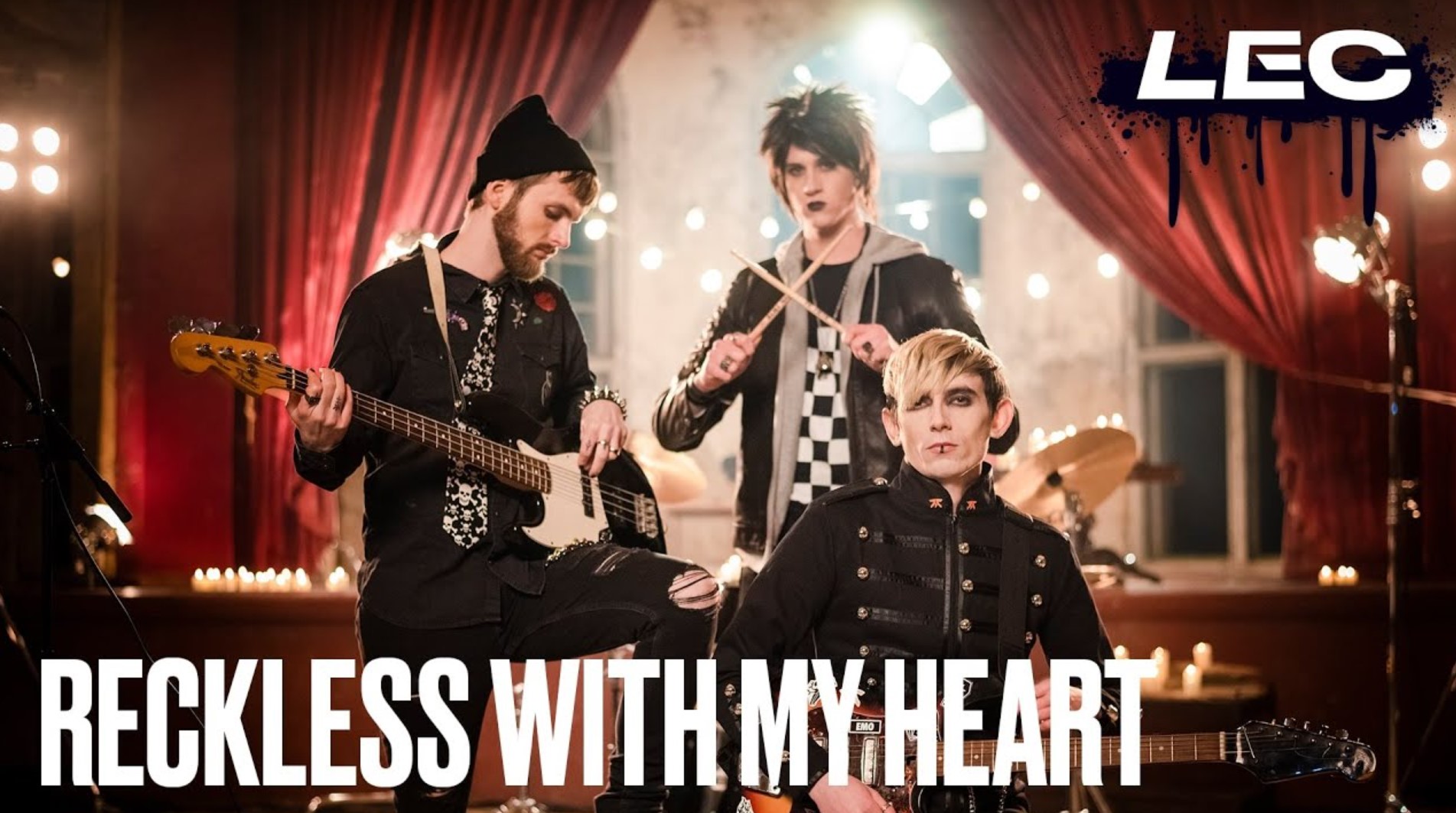 The LEC content team continued its strong tradition of releasing top-shelf level music videos with the debut of a new punk rock song earlier today called “Reckless with my heart.”

The song features a combination of the league’s casters playing different instruments, with Christy “Ender” Frierson on drums and Andy “Vedius” Day and Daniel Drakos splitting up lead vocals and guitar duties.

The track, which frankly is more of a tribute to Rekkles’ time with Fnatic, sees the gang wax poetic about Europe’s best AD carry for a full three minutes and 22 seconds. Appropriately enough, the emo ballad dives into Rekkles’ darkest moments with Fnatic, including the time he was benched during the 2018 Summer Split, as well as when the team forced him into playing the dreaded Garen/Yuumi bottom lane of 2019.

Stacked to the brim with black leather jackets, thick eyeliner, and bangs down to their eyes, the crew went all out to drive home the mid-2000s emo aesthetic. In one fell swoop, Vedius, Drakos, and Ender managed to replicate the style and flair that made groups like My Chemical Romance and Panic! At the Disco so edgy in the first place.

Emotionally raw lyrics like “no armor can protect me from this pain” and “my love burned through the roof” are easy to come by in the track. The song is the LEC content team’s first music video of 2021 after it released a total of five last season.

The LEC, and all of its on-air talent, will be back in action for a third week of play on Feb. 5.