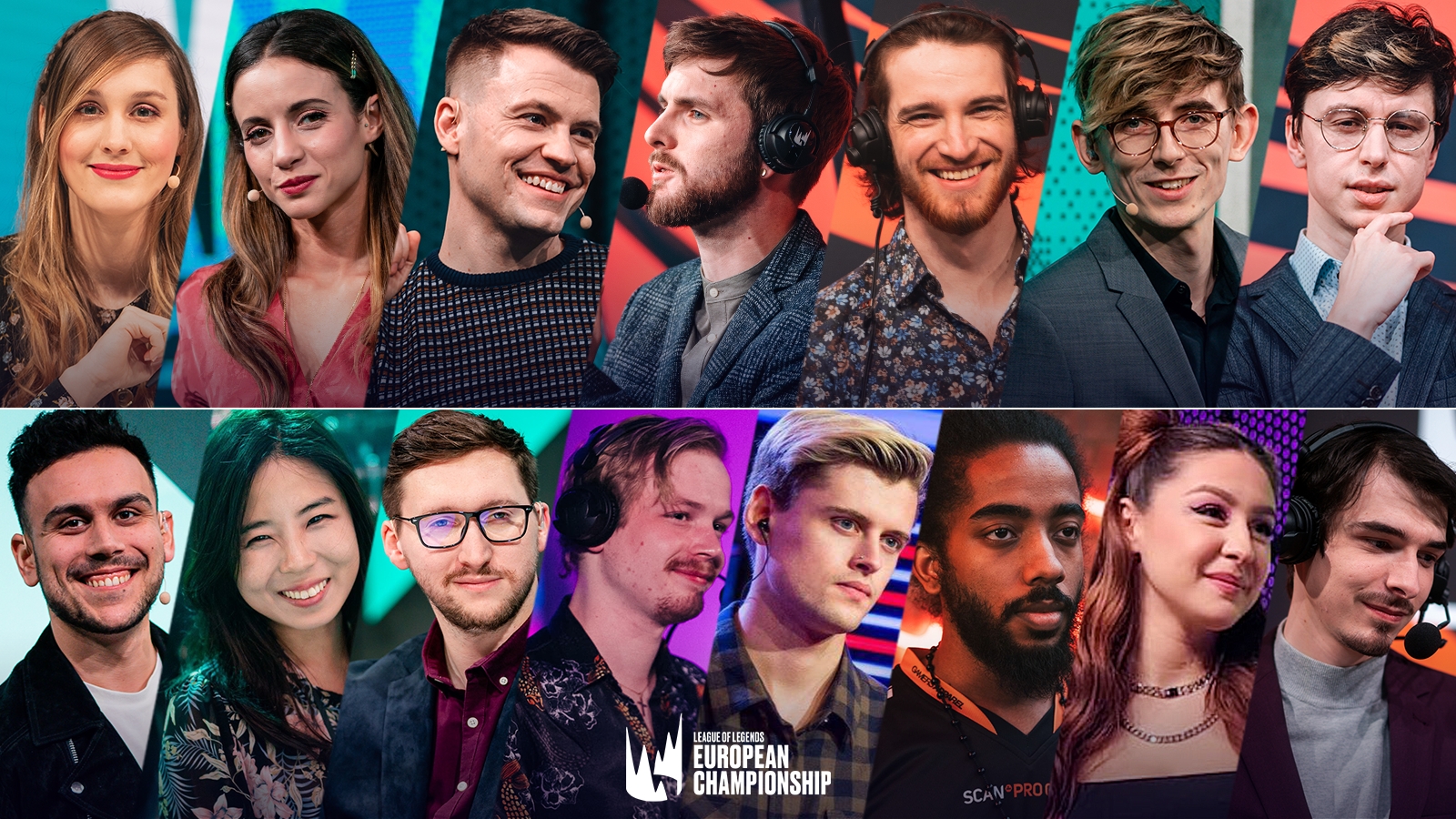 We’re only two days away from the start of the 2021 Summer Split in Europe. And today, the LEC has given fans even more reasons to get excited for the league by revealing its stacked on-air talent roster for the season.

The cast is headed by the league’s household names like Quickshot, sjokz, Drakos, Medic, Vedius, Caedrel, and Laure Valée. But a plethora of new names is also joining the broadcast team as guest casters who should give each game a different feel as the summer heats up.

Foxdrop and Excoundrel, for example, are returning after they had a successful stint as guest casters, as is popular CS:GO host Machine, who will be returning to the broadcast after making his LEC debut in 2019. Ashley Kang will be coming back as a guest as well after making some appearances on the broadcast during the 2021 Spring Split. But in addition, there are a handful of new faces joining the league too.

Many European Masters fans will recognize names like Mikkel “Guldborg” Nielsen, Jake “Hiprain” Matthews, Adrian “Jamada” Wharlton-Thorne, and Georgia “Troubleinc” Paras, who have all helped cast at the major European tournament before. Guldborg, Hiprain, and Trouble were also all featured mainly on the Northern League of Legends Championship broadcast, while Jamada is being brought over from the U.K. League Championship casting team.

Overall, there are plenty of new faces that will be joining the cast that LEC fans will get to know as the season kicks off this weekend. These individuals will get to share their knowledge from the various ERLs to help widen the perspective on the competitive scene while also gaining more experience on the biggest League stage in the region. The LEC also said that there are still more “wild ideas” planned for the summer, so stay tuned for more exciting additions in the future.

You can catch all the LEC action when the 2021 Summer Split starts on Friday, June 11.