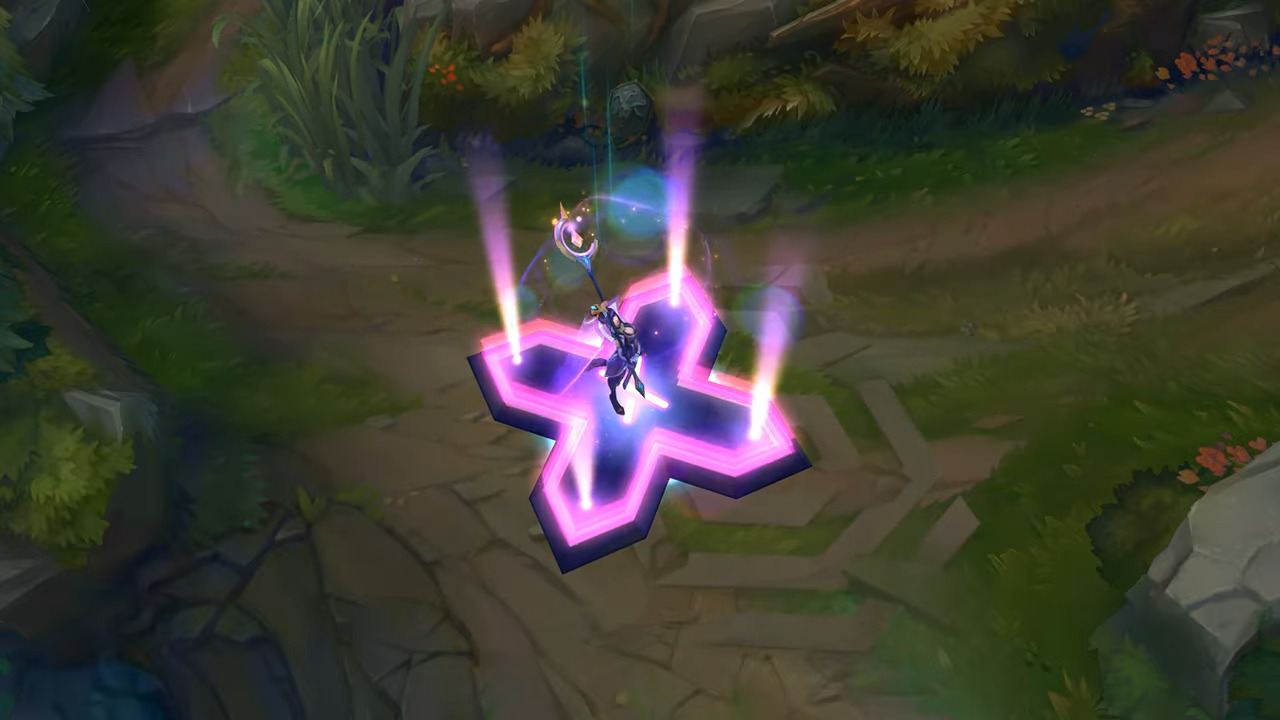 LeBlanc has earned this year’s League of Legends Championship skin in celebration of the upcoming World Championship, according to the latest 10.19 PBE update.

She will be the joining the ranks of Riven, Thresh, Shyvana, Kalista, Zed, and others as one of the champions who impacted that year’s professional play. The Championship skins are usually one of the most popular skin lines, but they’re only available for some limited time so players need to splurge on them as soon as possible before they disappear from the store.

LeBlanc is portrayed like the mystical, smoke and mirrored mage she is. She rocks a floating, transparent purple-hued cape and staff. Her Q leaves a World Championship mark when used on minions or champions. Her W leaves a holographic image of herself behind. The futuristic style of this skin syncs well with the latest music released by K/DA and Psyops skin line.

While the skin diverts away from the traditional blue-themed style, Jonathan’ Bellissimoh’ Belliss, Director of Production and Personalization at Riot Games, said that this year they wanted to try something different, a new approach that leans more into the creative direction of this year’s World Championship.

The skin should arrive on live servers during Patch 10.19, which is scheduled for Sept. 16.