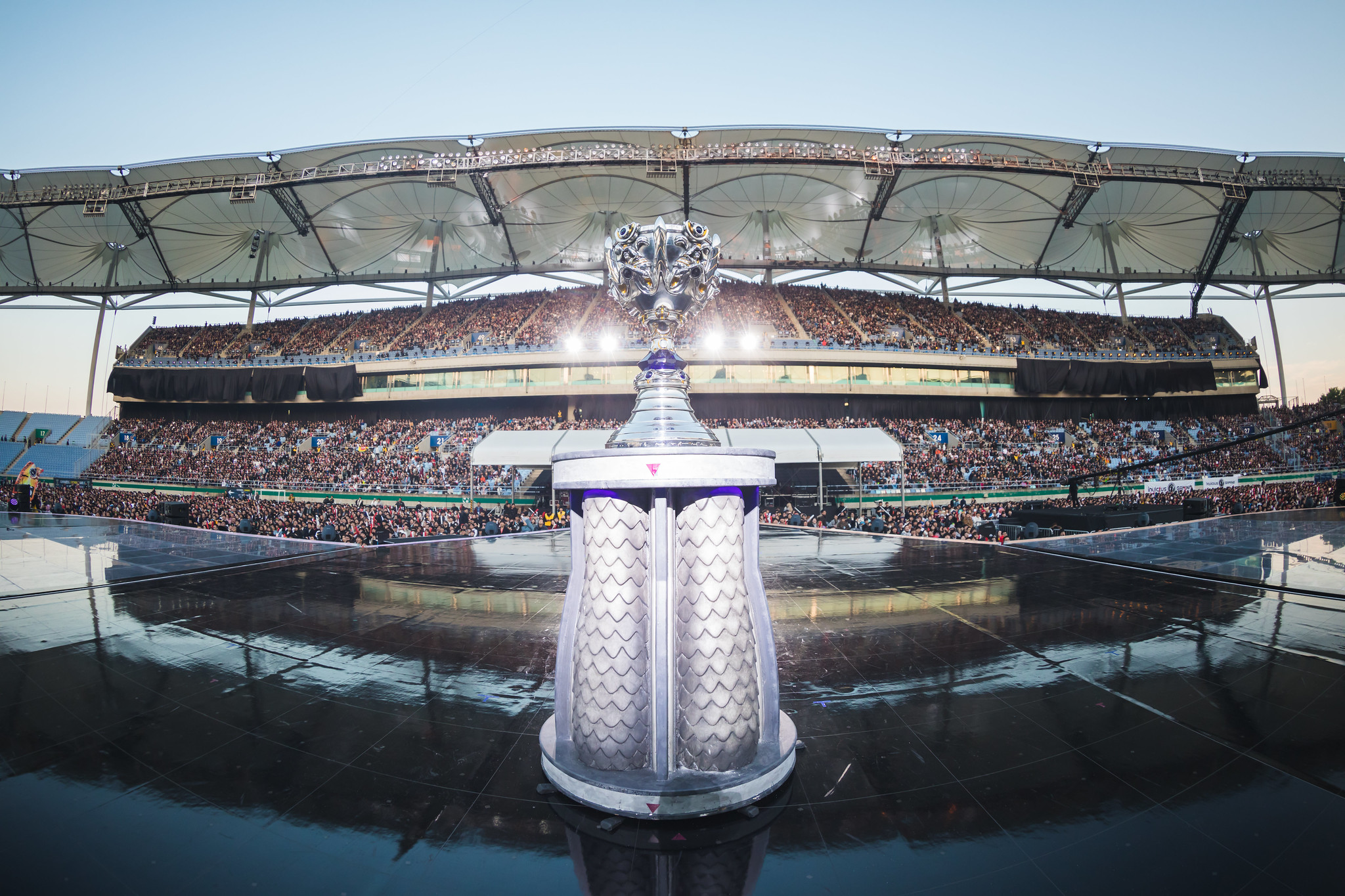 The Worlds patch is finally here. League of Legends Patch 9.19 brought us a meta custom-tailored for the best professional teams, another controversial skin, and some cool Worlds missions. That means there will be intense competition to lock in Riven, not because she’s good, but because she helps to complete those missions.

To find out which champions are actually good in both solo queue and on stage, the data scientists at Mobalytics put together a handy tier list for high elo play. For more insights from their experts, check out the Mobalytics League tier list. Mobalytics also provides builds and counters for all League champions.

Not all of these champions will be played at Worlds, of course. Some are still better suited for solo queue where teams are less coordinated and the skill level is just a tad lower.

Thankfully, Riven isn’t actually overpowered in Patch 9.19. Over the last several patches, Riot has tried to update her cooldowns, most notably her Q. But that experiment appears over for now, leaving her as a viable—but not preeminent—top laner. Don’t expect to see her too much at Worlds unless SKT decide to break her out for Kim “Khan” Dong-ha, a Riven genius.

Top laners that we do expect to see on the international stage include Kled, Aatrox, Gangplank, and Renekton. Not all of these champions are in the same tier, but sometimes teams would rather just ban a champion like Aatrox than risk seeing if he can carry.

The dark horse candidate for Worlds is Sion. He started to get played in the late stages of EU Masters, and the Patch 9.19 buff to his shield is no joke. He can be tricky to execute, but it wouldn’t be a shock to see teams try to build comps around his splitpushing and his long-range engage, both of which can be hard to deal with.

Jungle is the position where solo queue tends to diverge the most from pro play. AD junglers have made a slight comeback of late and pro teams love to pick Kha’Zix, Lee Sin, Jarvan IV, and Olaf.

But the real flavor is AP. Sylas is still fine, Ekko got some interesting buffs, Elise is there to match Lee Sin in the early game, and even Taliyah is making a comeback. But the biggest difference between Mobaltyics and what we expect at Worlds is Gragas.

Gragas just does too many things too well for professional teams. He can peel, engage, and do damage. The fact that he’s AP helps teams pick AD top laners. His cooldowns are all sufficiently short that he can cycle through spells quickly in a fight. His clear is good, his bush camping is elite, and he’s the jungler we expect to see the most of at Worlds—if he’s not banned, that is.

Mobalytics loves assassins in this patch. Their S-tier mids are Katarina, Qiyana, and Talon, with Zed, Pyke, Ekko, Ahri, and Fizz in the next tier after. Not all of these champs will be played at Worlds, but we certainly hope teams at least try to pick more powerful one-vs-one champions rather than falling back to old standards.

But at the end of the day, we’re not convinced that will be the case. Qiyana will still be picked, especially by Clutch mid laner Tanner Damonte. Ekko has some adherents, Ahri is viable in pro play, and G2 might bust out the Pyke mid. But most of the time at Worlds, when control mages and wave clear are available, teams are immutably drawn to them.

That means the massive—and unnecessary—buff given to Orianna should catapult her to S-tier status. Syndra was already creeping into that territory and might bring champions like Zoe and Cassiopeia along with her. It’s all about matchups in pro play and those are the true and tested ones.

Then there’s the one assassin that combines some semblance of zone control, a bit of CC, loads of wave clear, and repeatable burst: LeBlanc. She’s been a standard of high-skill mids in the past when control mages roam too freely. We wouldn’t be averse to seeing her dominate again.

Bot lane isn’t that interesting this time around. If you can play Draven, pick him. If you can’t, ban him and pick Kai’Sa. Failing that, there’s Xayah as a fallback.

The only real addition to that list is Caitlyn, whose base AD was buffed in Patch 9.18. Pro teams might be able to use that damage and her preeminent range to redefine the meta.

The rest of the ADC list include matchup and team-specific carries like Vayne, Ashe, Varus, and Tristana. Then you have the oddballs that will pick Yasuo or Syndra or maybe even Sona. But the two best ADCs all year have been Kai’Sa and Xayah, and we don’t see that changing too much in this patch.

Riot tried to kill Tahm Kench patch after patch, and it seems like he’s finally dead. That means the old catfish likely won’t be around to save allies at will on the Worlds stage.

In his place are a slew of engage supports. Hook champions are fantastic, whether it’s Thresh, Pyke, or Nautilus. And we haven’t forgotten Blitzcrank, who was given a pretty nutty range extension on his grab that opens up all sorts of interesting possibilities—like grabbing the enemy red buff and launching it into the river with blast cone. Yuumi has engage on her R and Patch 9.19’s nerf shouldn’t dissuade too many pro supports from playing her.

Basically, champions that can’t get on the enemy team and create picks for their squad are going to find it tough sledding at Worlds. And while we’re not thrilled with most of the Worlds patch, we’re fine with that part.