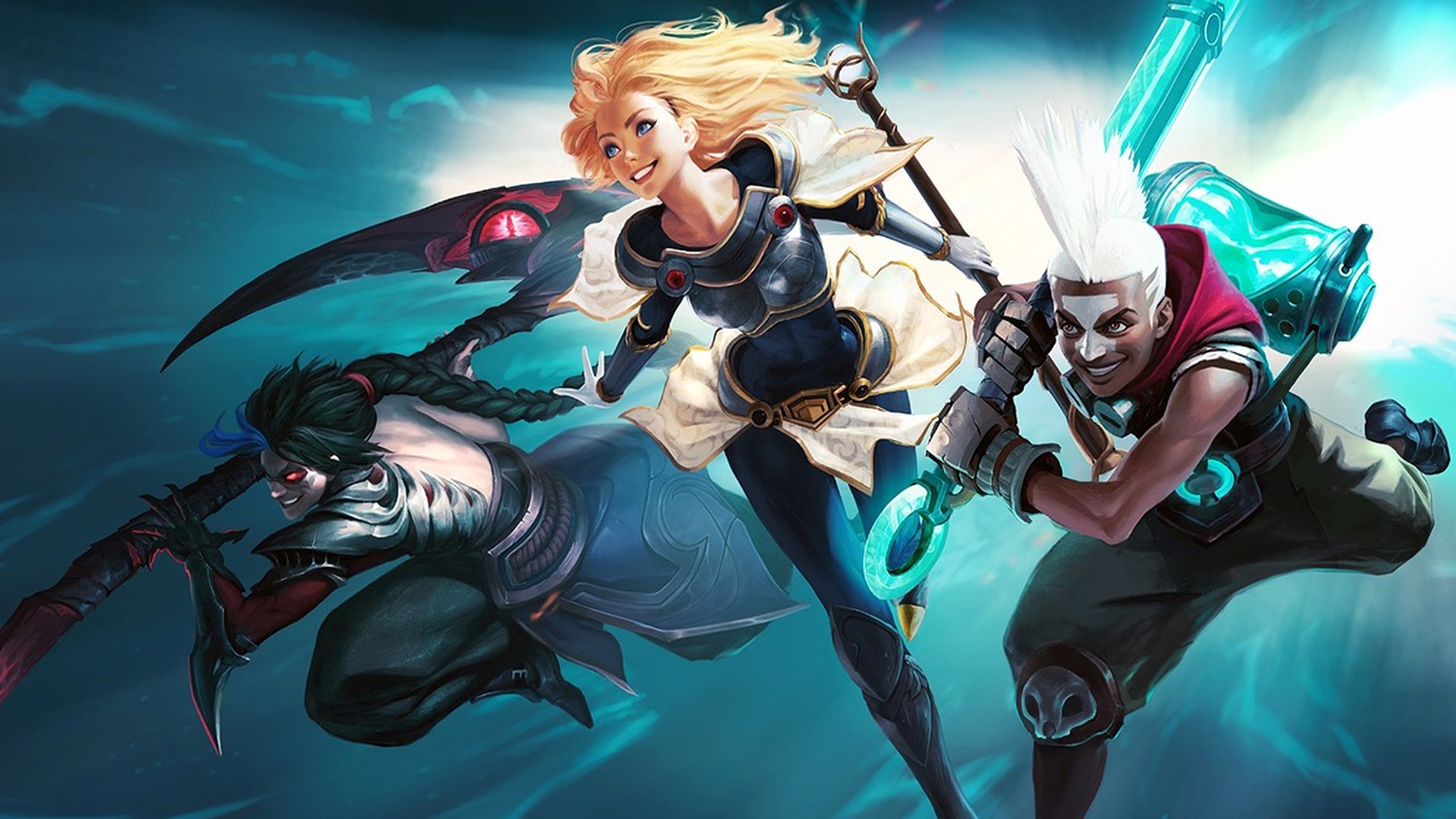 In League of Legends, champions in each position have different tasks to complete throughout the game. These errands vary depending on your composition, the enemy squad, and more.

League is one of the most complex multiplayer games to date. Every match is different and will give you different challenges throughout.

Nevertheless, in every season, there are some champions that are simply better in the meta than others. In most cases, they are the most versatile champions who can do bunch of different jobs. Naturally, champs who are best for one role will be different from champs who suit another position.

With season 12 of League catering to aggressive teamfight-oriented bruisers in the late game, dynamic and crowd control-heavy junglers, scaling mages or assassins in the mid lane, and dynamic duos in the bot lane, it’s easy to get lost. But don’t worry, we picked a few champs who are the best for each position in the game so that you know how to climb the solo queue ladder quickly and effectively.

Here are the best League of Legends champions for each role:

Darius is an exceptional top laner. His abilities, which deal a lot of damage and are hard to miss, make him one of the most aggressive top laner in the meta, and one of the most effective champs as well. In most cases, Darius should have an upper hand in solo skirmishes in the top lane and should wreak havoc in the teamfights that will come once you get past the 15-minute-mark. Furthermore, his kit is relatively easy to learn and doesn’t require you to put too much time before you master his skill set and how to bring out his potential.

Contrary to Darius, Shen possesses a lot of defensive qualities that will help both you and your team. His passive and W allow him to walk out from many solo trades unscathed, while his Q makes him a formidable foe on his own. The most important part of his kit is his ultimate and E. When properly used, Shen can save an ally on the other side of the map and turn around a teamfight. With such high damage on his own, his tankiness, and global ultimate, he’s undoubtedly one of the best top laners in the game.

If a top laner finishes the laning phases with a bunch of advantages gained on their own, they’re a strong asset for the rest of the game. Olaf is one of those champs who have a tremendous laning phase and can grab solo kills against most of his opponents. Besides that, his ultimate and true damage that comes from E, make him a terrifying opponent in teamfights, especially for squishy, immobile targets that have nowhere to run and no way of stopping the Berserker. He’s a great pick in the meta.

While junglers should usually provide crowd control tools and area of effect-type abilities, Master Yi is entirely different. He’s currently one of the best junglers in the game due to his ability to solo carry any match if he’s allowed to snowball early on. His abilities make him unstoppable if he grabs early kills and gets ahead with levels and items. So, if you see the enemy team doesn’t have many hard CC, and their champions are squishy, Master Yi might be your ticket to a free win.

If you’re looking for a mobile jungler who has an impactful ultimate and high damage, Wukong is the champion for you. With his Q and E, he can quickly close the gap and finish off low-health enemies. Both skills are great for clearing jungle camps as well. His W also allows you to trick enemies and escape tough situations. The key to his gameplay, though, is his ultimate, which knocks up enemies, has two charges, and works with his clone as well. If used well, it can win you team a teamfight or two.

Bruisers and tanky champions are currently immensely popular in a few different roles and are sometimes just too beefy to eliminate. Luckily, one of the best junglers right now is Trundle, who comes in handy when you need to take down a tank. His ultimate steals armor and magic resistance of a targeted champion while dealing a bit of magic damage.

Some assassins are pretty much always powerful in the mid lane—and Zed is one of them. His gameplay hasn’t changed a bit since he was added to the game—he’s still a mobile, high damage-dealing champion, who can kill an AD carry or a mage with ease. While playing Zed, your main goal should be to get behind enemy lanes, and one-shot a squishy enemy who causes your team the most trouble. With Zed’s W and ultimate, you should have no issues doing this, and will probably escape as well.

Mages haven’t fallen out of grace either and Viktor is a prime example of this. This powerful control mage can navigate the battleground of almost every teamfight with his gravity field and damage-dealing ultimate. If you’re looking to efficiently create space for your team or to simply take control of a five-versus-five scenario, Viktor should be your go-to pick.

Sometimes, the best counter to a champion is its own abilities against them. And, Sylas has a way of doing this, making himself a champ who can adapt to any situation. Besides an ultimate that steals others for a couple of seconds, Sylas is an extremely mobile champion who can one-shot squishy targets if they’re not careful.

While being incredibly easy to learn, Sivir is currently one of the best AD carries in the game. Her abilities allow her to swiftly survive the early game. Then, once you have a few core items under your belt, your basic attacks should be too strong for any enemy to withstand for more than a couple of seconds. Besides, with a spell shield and an ultimate that buffs your team, she’s tough to catch and empowers other members of her squad.

If you’re looking for a high-risk, high-reward champion, Draven should be your pick. With a weak early game and low mobility, he’s easy to shut down in the laning phase. But if you manage to survive early ganks and skirmishes, you will become a formidable champion. Draven’s strength relies on powerful auto attacks, which require proper positioning. If mastered, though, they shred through tanks and bruisers like a knife through butter.

Another powerful marksman is Kog’Maw, who, like others on the list, requires some time to start dealing damage. If you manage to scale to the late game, though, only a few will be able to resist Kog’Maw’s basic attacks, who should be unreachable for the enemies thanks to the range from his W.

Despite being one of the newest champions in the game, players have quickly become fond of Renata Glasc due to her poking abilities and unique ultimate. The latter makes the enemy team attack each other for a few seconds, and with a game filled with AD-reliant bruisers and late-game hypercarries, it can often win fights on its own.

Becoming invulnerable to any type of damage seems powerful. It’s no surprise then that only one champion has the ability to do so: Taric. With his ultimate, his nearby teammates will become invulnerable for two and half seconds, which will provide a window of opportunity to turn the tables in a teamfight. Taric’s ultimate, however, is hard to time right, so be careful when you use it.

Supports are usually associated with healing, and Soraka is the best when it comes to this. She not only has a powerful heal in the form of her W but also has a global ultimate that heals every ally for a decent amount. She has two annoying poking skills, which provide her AD carry space to peacefully farm minions. When it comes to supports, she’s an amazing option.