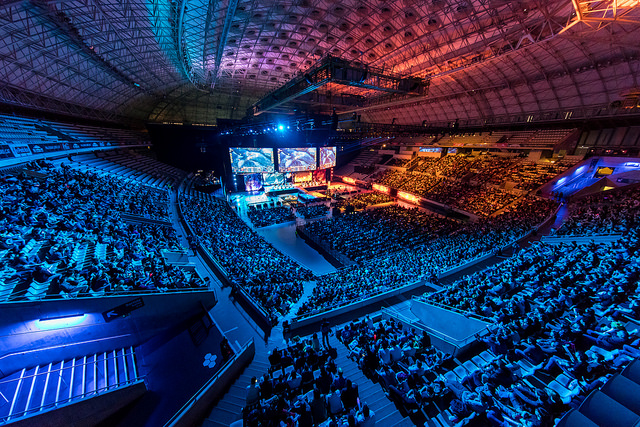 Riot Games has made big moves over the last year to improve competitive League of Legends.

The biggest? A 7-year $350 million deal with a technology subsidiary of Major League Baseball for broadcast rights to the LCS. But other changes have helped as well, from the return of solo/duo queue to the crowdfunded prize pool at Worlds.

That said, the League pro scene is still far from perfect. A number of simmering problems bubbled up to the surface this year that still haven’t been fully resolved. Take, for instance, the dispute over revenue sharing between team owners and Riot, which embroiled the company in controversy for nearly a month and laid bare a serious issue with how Riot structures compensation for teams and players.

So Riot has fixed some problems, but it has plenty more to work on. Here’s our wish list of changes for the professional League scene in 2017.

Sports are about the players. But in esports, the players aren’t being given the requisite status as key stakeholders. Collective bargaining through a central association can help solve this.

In traditional sports, owners invest significant amounts developing infrastructure (stadiums). That need doesn’t yet exist in esports; instead the investment should go largely to pay the players. It’s clear that they need more influence. They need salaries that scale better with League revenues, more contract guarantees and protection from bad situations, and real input on the future of the league. Collective bargaining can help them take back some of the power they’ve lost to owners.

Owners have clamored for this for years. The $350 million BAMTech deal should start a new conversation about how everyone in competitive League makes money. The result is a system that looks more like what KeSPA, Ongamenet, and others have built in Korea, where reliance on publishers like Riot is lessened and more revenue opportunities have been implemented. Everyone can be more creative on how new streams are developed, from in-game purchases to fan gear.

The regular season in the LCS and other professional leagues is unique to League within the broader esports realm. Care should be taken to preserve their importance and meaning. But international tournaments are too few, and crammed into busy off-season weeks.

Our wish is for shorter, more succinct regular seasons with meaningful international tournaments interspersed. And Riot needs to work with producers like IEM to make its events shine. Doing so could provide the players more breaks and fans more opportunities to see teams clash across country lines. Who doesn’t want more Soren “Bjergsen” Bjerg vs. Lee “Faker” Sang-hyeok, or more Jian “Uzi” Zi-hao vs. all?

Seriously, Intel and Riot need to get their act together.

This ties into Riot’s efforts to make the position better. One possibility is more nuanced support itemization (supports in competitive have only a handful of viable options). Knight’s Vow and Redemption have been fun, and we want to see top-level supports use more items like those. More creativity on gold generating items would also help supports have an impact outside of CS and kills/assists. Maybe gold for wards placed/cleared?

No contract in the NBA, NFL, or MLB can be signed without a player’s representation present. That representation has to be licensed with the league the player is in. This is simple, low-hanging fruit that needs to be adopted in the LCS ASAP. Concerned that this may take more money away from players? There are lawyers willing to get into the scene for lower-than-average pay. And the benefits from such representation far outweigh the costs. This would even help with things like the PEA fiasco in CS:GO. Not sure how to approach your owner? Your lawyer can do it for you.

7) Nothing less than best-of-three

We should never have to see a series fewer than three games again.

This would go a long way towards establishing players’ careers. Right now, teams and players have too little notice on how these patches will go down and what is changing. This may result in differences between the competitive patch and the live patch (including the patch players play soloqueue on), but this happens anyway. There are differences between the professional and casual levels in almost every sport.

The “haunted” and “holiday” versions of the Rift are fantastic. So why can’t we see more variations on the Rift in competitive play? Home teams in other sports can design their own playing surfaces; give esports teams more opportunities for the same.

There are advantages to having the LCS broadcast from a central location, especially as the foundation is being built. But over time, there will be advantages to reaching fans in different markets, something Blizzard has built into the Overwatch League. The LCS Summer Finals in Toronto were a huge hit and Riot should look at having regular season events around North America, if not permanent teams based in different regions.

As a next step, Riot could even separate teams into different geographic regions. Divisional play has other benefits as well: Teams can scrimmage against the other division so upcoming opponents can’t scout their strategies and picks as much (of course, scrimmaging a team’s own bench is the best solution). Creative invades and pocket picks are awesome and this combined with a 10-ban system could bring us more of those. Divisions could also help produce more juicy rivalries like CLG vs. TSM. Think how heated that would get if the teams played three or four times in a split.

There are downsides as well, including losing the chance to see a team like TSM or EDG run the table against the whole league. Perhaps this would be a Spring-only thing with the Summer Split looking more like it does now.

Some of these are pretty crazy ideas, but at such it’s the end of the year, and we decided to swing for the fences. Here’s hoping for a festive and amazing 2017 in League.