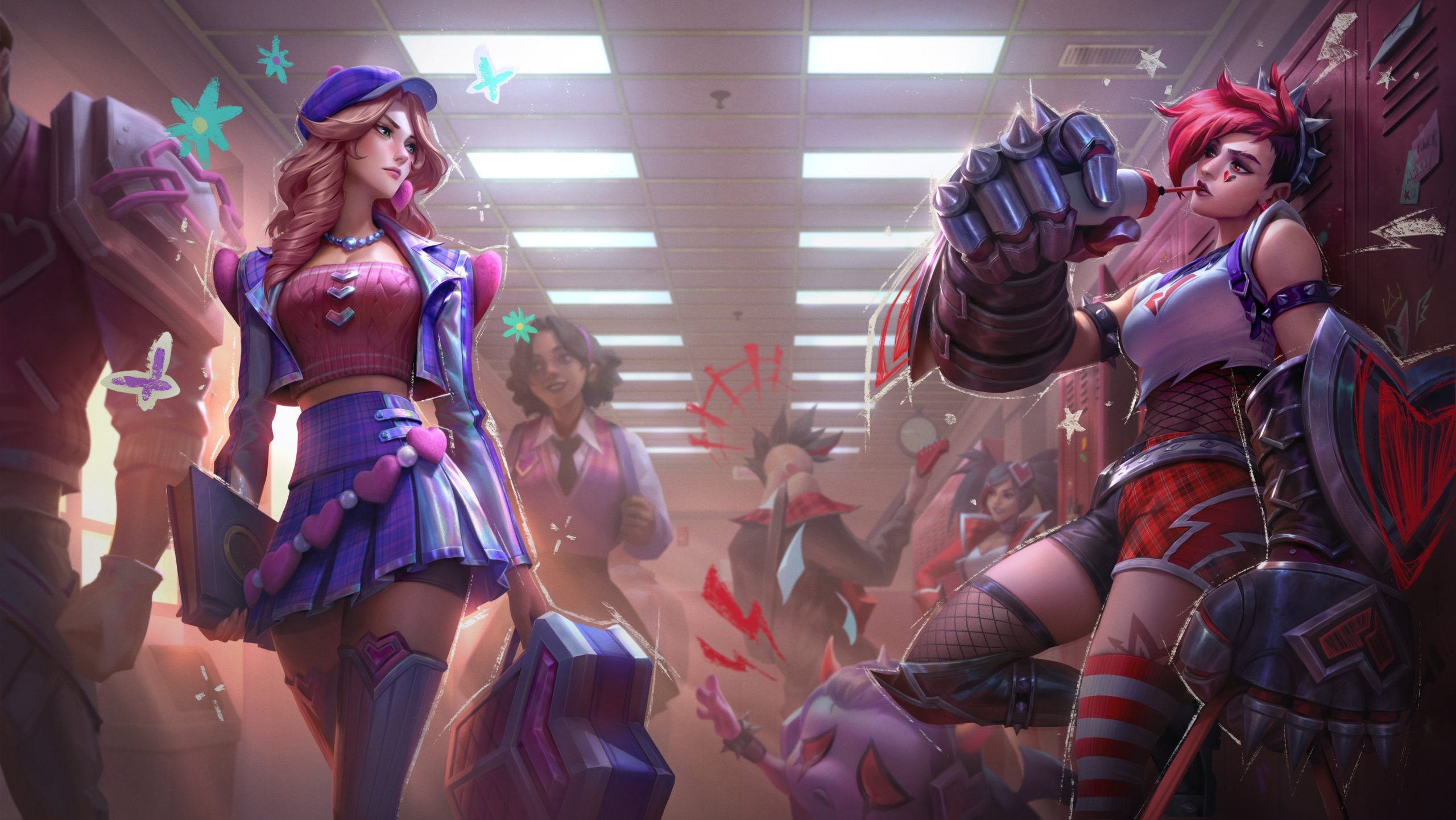 Ever since fans finished watching the final episode of Riot Games’ popular Netflix series Arcane, many have wondered when they would get more content for Vi and Caitlyn, who have quickly become a popular League of Legends ship. The wait is finally over, though, with romance hitting Summoner’s Rift this Valentine’s Day.

Riot will be dropping new Heartthrob and Heartache skins for League, featuring the perpetually lonely mummy Amumu, along with Vi and Caitlyn. With some new visual effects and snappy sound effects, these new Valentine’s Day skins will bring a grungier style than their predecessors.

The skins are pretty fun, but the attention will be placed firmly on the interactions between Piltover’s favorite enforcer duo, who have a small but adorable Easter egg that can be seen during their recall animations.

When Vi starts her recall, for example, a pink locker pops up behind her and she tries to pry open the door. When she isn’t able to open the locker by traditional means, she resorts to using her Hextech gauntlets to punch the door open, before leaving a sweet little heart-shaped card on the top shelf next to a cupcake.

In Caitlyn’s recall animation, she waves goodbye to some friends before opening the same pink locker that Vi previously clobbered open. Inside, the Valentine’s Day card can be seen next to the same cupcake, meaning that Vi left Caitlyn a little gift for the occasion. The Sheriff of Piltover quickly slams the door shut to see if anyone is looking before grabbing the card and giving it a hug.

Amumu, on the other hand, doesn’t find any success with his own romantic endeavors. In his recall, he also tries to open up a black locker with spikes, only to have all of the textbooks inside drop on his head.

You can grab these new skins and play some games with your favorite duo soon.