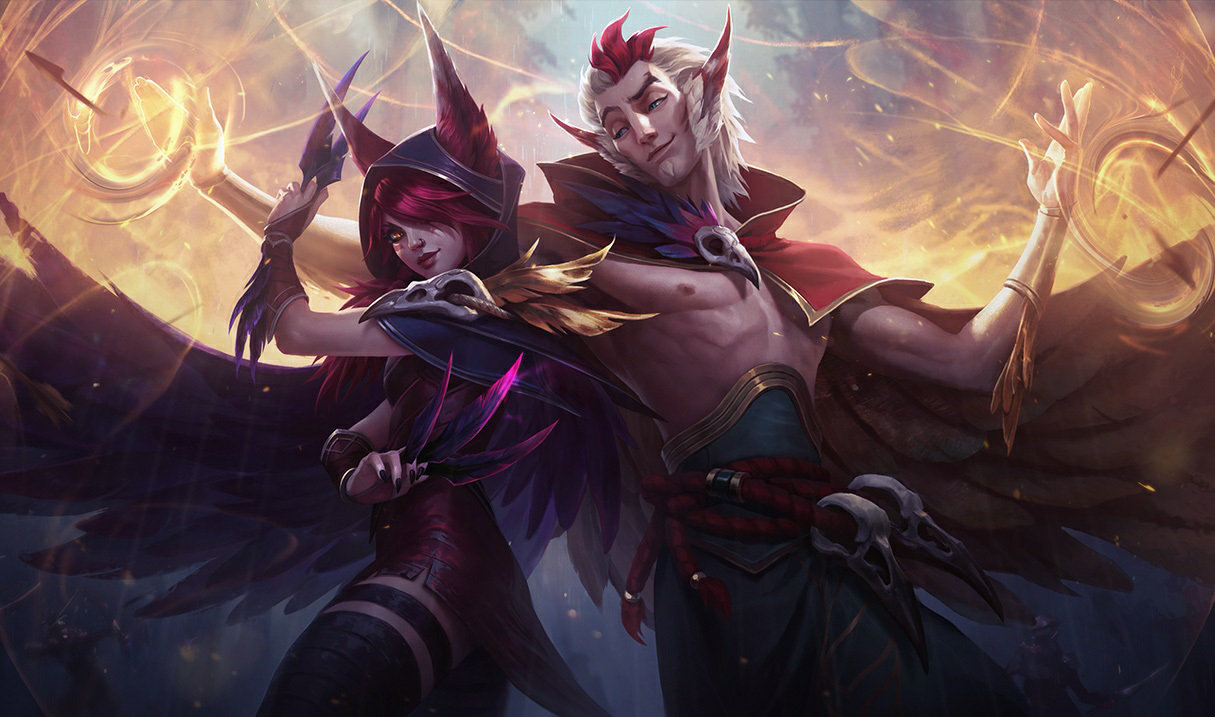 The League of Legends community is blessed with dedicated and talented fans who enjoy featuring their favorite game in their artistic works. These artworks significantly rise in quantity and quality whenever Riot Games introduces a new skin line, which doesn’t include a highly-anticipated champion.

While leaks dictate which champions are likely to be in the next set of skins Riot’s planning to introduce, each player likes to believe their main character could also get lucky.

When that’s not the case, the League community enjoys showing what Riot could have, and a fan decided to do just that with his impressive PsyOps Rakan concept.

This version of the concept features the charismatic support with his passive activated and Rakan rocks a completely pitch-black outfit that fits the PsyOps skin line’s general theme. The neon colors used in his cape gave us flashbacks to one of the better Fast and Furious movies, Tokyo Drift, a nice token from the past.

This concept was specifically designed for Rakan, but it could also fit other champions such as Talon. The wall-hopping assassin could certainly pull off the neon cape, while there’s some design space left when it comes to Rakan’s tie with Xayah as well. It’s hard to tell how could Xayah accompany Rakan in his PsyOps outfit, but if it were to be anything like this, the two could become an even deadlier couple than Mr. and Mrs. Smith.

Though Rakan wasn’t featured in the PsyOps line, the champion received his latest skin only a year ago. Considering there are champions in worse shape, Rakan fans at least have something to hold onto until a skin close to these fan concepts becomes available in the game.

The PsyOps event went live on Sept. 3 and introduced five initial skins featuring Sona, Master Yi, Vi, Shen, and Ezreal. Like the Spirit Blossom event, however, the second batch of PsyOps skins will be hitting the live servers mid-event, which will deepen the PsyOps storyline. The second wave includes PsyOps skins for Kayle, Zed, Viktor, Pyke, and Samira.

An event pass and missions went live when the event kicked off, which players can grind the unlock sweet rewards through the armory. If you’ve bought any of the PsyOps skins, you may already be eyeing the event-themed chromas that are only available until the event ends for the foreseeable future. The event will officially end on Oct. 5, but event tokens won’t expire until Oct. 20.