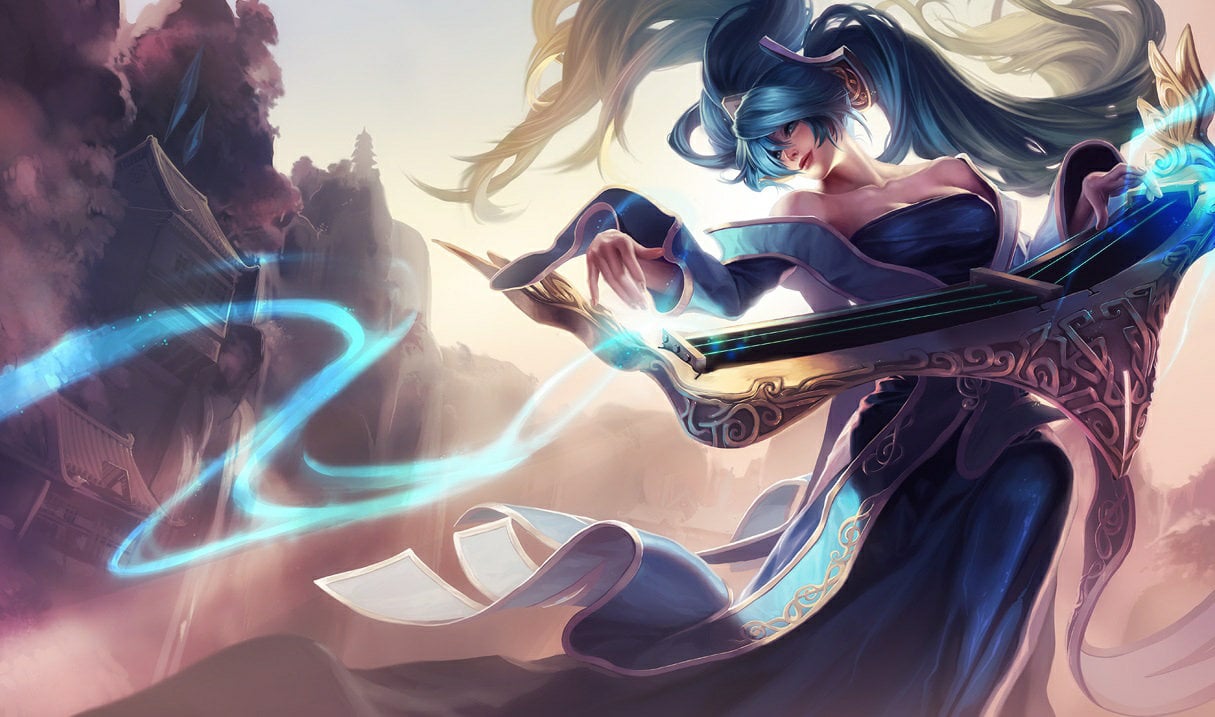 Following the official reveal of League of Legends‘ newest champion, Seraphine, many fans have already raised complaints about the lack of unique elements in her kit. Fans have compared the Starry-Eyed Songstress to Sona, for example, which might cause Riot Games to consider reworking the older champion.

Seraphine was unveiled yesterday as the game’s 152nd champion, complete with a K/DA-themed ultimate skin. She’ll be “collaborating” with the popular virtual music group to help them create a new track on their upcoming EP. She was also hyped up for months after fans found social media accounts that acted as a teaser for the champion.

Although Riot introduced Seraphine to the world in a unique way, her kit hasn’t inspired many in the League fan base. Her abilities are similar to some of Sona’s kit and it doesn’t help that both champions use music-based magic.

As a result, many people think that Sona could be one of the next champions in line for a rework in 2021. The Maven of the Strings was released 10 years ago—back when there were only 60 champions in the game—but she’s hasn’t really been a meta pick for some time, except when gold-generating items were broken.

Some people think that shifting Sona into a character similar to Dota 2’s Invoker might be something that Riot could experiment with. Invoker is a hero that has three generic abilities on Q, W, and E. His ultimate, however, depends on the last three spells he casts—and every combination has a different effect. He can cast up to 14 different spells depending on the combo he uses.

Riot could choose to adapt a similar style of play for Sona, but instead of spell combinations, they could be called power chords. Every chord could result in a different attack or effect, like playing chords on a guitar—or in Sona’s case, her etwahl.

Ultimately, Sona and Seraphine still have plenty of differences in gameplay, but reworking Sona to fit today’s standard for champions wouldn’t be a bad thing either.

Seraphine is scheduled to be released with League Patch 10.22 on Thursday, Oct. 29.