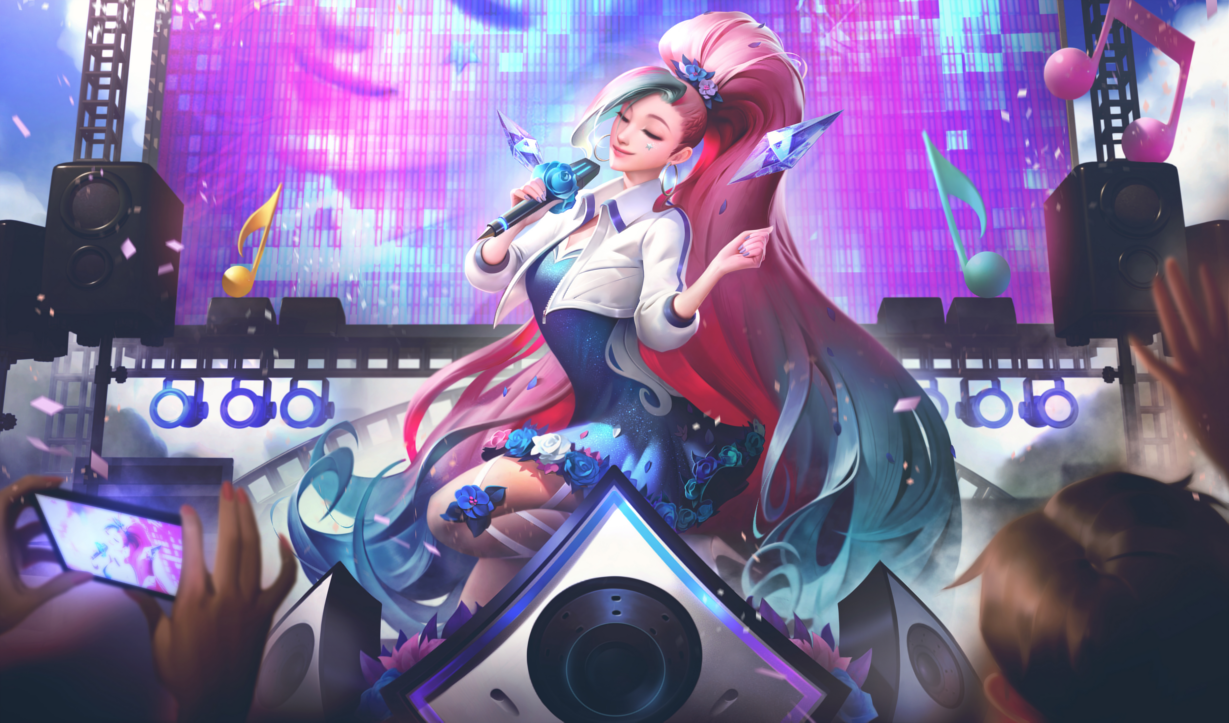 After teasing her on social media for over two months, Riot Games has finally unveiled Seraphine as the next musically-powered mage to hit Summoner’s Rift.

The Starry-Eyed Songstress is a popstar that hails from the Runeterran region of Piltover, looking to capture the hearts of her adoring fans by representing the bright, positive side of life with her music.

“The first pitch in my head was that she was a singer from Piltover and Zaun,” narrative writer Rayla “Jellbug” Heide said. “Zaun in particular is a somber place with dark characters, and we hadn’t really had a chance to explore the creative and positive elements of that region, which I thought could be really exciting.”

If you aren’t as interested in Seraphine’s singing career, then maybe her abilities in League will help turn you into a stan—especially if you’re fond of enchanter champions.

Targeted as a mid laner and support, Seraphine’s kit works exceptionally well with others. She brings plenty of damage but also has a ton of utility that compliments a good team environment. For example, she has team healing, shielding, and a good amount of crowd control to help lock down enemies in a teamfight.

Her ultimate ability is also a gamechanger and will definitely steal the show whenever you use it in a match. Similar to Sona’s ultimate, Seraphine fires forward a “captivating force” that deals magic damage and charms all enemies in its area-of-effect. The big difference between Seraphine’s ultimate and Sona’s is that the ability’s range extends based on the amount of champions it hits—allied or not.

Get ready to take center stage with Seraphine when she releases with Patch 10.22 on Thursday, Oct. 29.