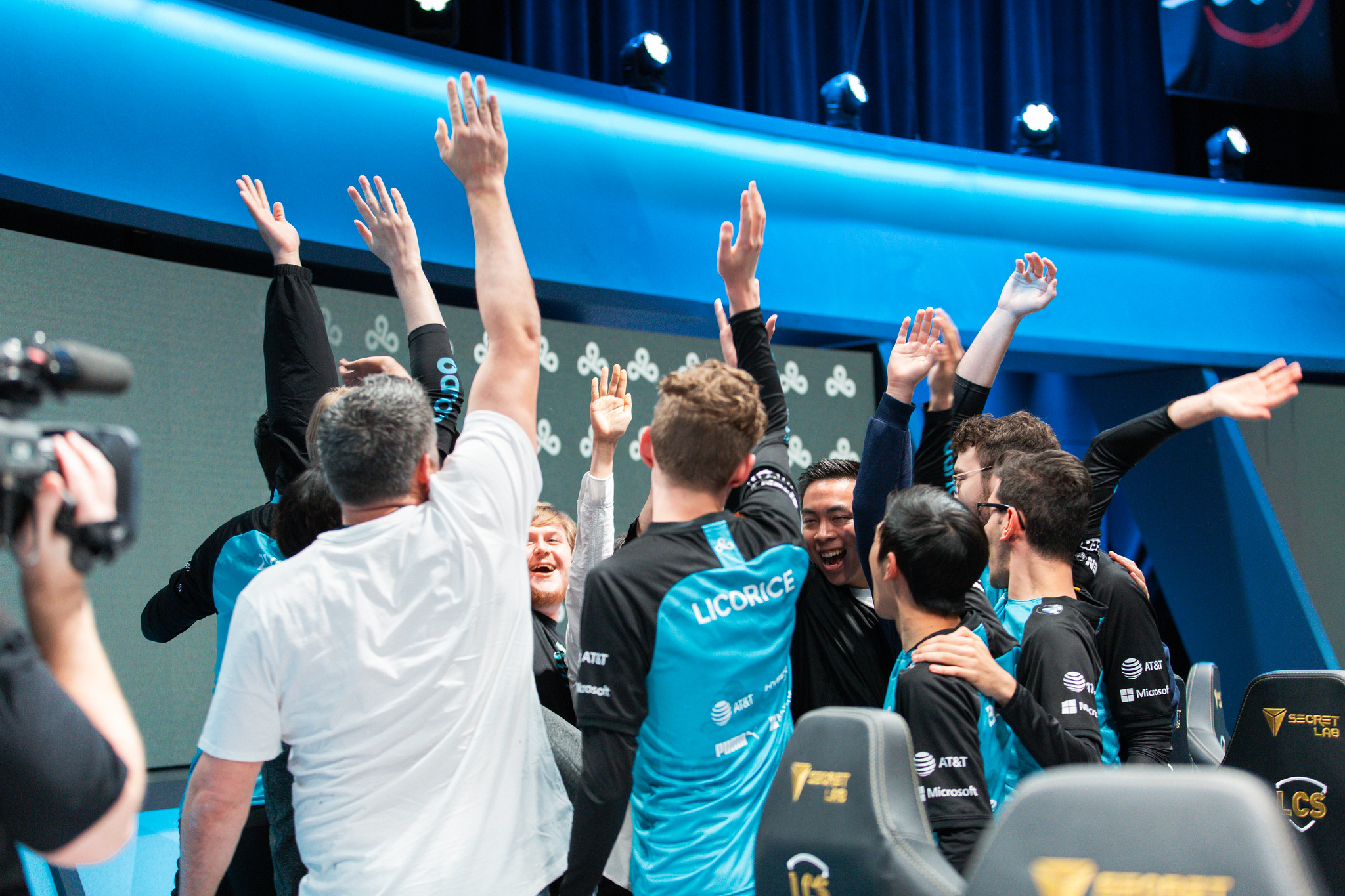 The LCS is the easiest League of Legends region to bag on. Perennial disappointments at international events have made it seem like a weak cousin to the more powerful European and Asian leagues, despite the fact that League publisher Riot Games is based in North America.

But even in the past, LCS fans have at least had something fun to watch during the regular season. Alongside dominant performances from the likes of Immortals in 2016, TSM in 2017, and Team Liquid the last two years, we had challenges from teams like Cloud9, 100 Thieves, and CLG. There is value to a fun-filled and competitive domestic league even if the teams struggle outside of the region.

But this year, even the domestic competition has fallen behind. Nobody below Cloud9 seems interested in seriously competing for the league title. Color caster Isaac “Azael” Cummings-Bentley even had to defend the entertainment value of the league by noting that even poor play could be fun to watch.

Azael’s not wrong. It’s fun to see pros in many sports screw up. It humanizes them and makes things interesting. So instead of lambasting the LCS teams for being something they’re not, let’s celebrate what we do have in our weekly power rankings. As always, we ranked every team from one point (worst) to 10 points (best). As tempted as we were to rank each team besides C9 a 1, here is the actual result.

Here’s to the LCS, warts and all.

After a few weeks of play, the worst teams in the LCS are finally seeing the light. Last week, 100 Thieves and Immortals made big changes to their starting rosters. Whether the changes were needed isn’t up for discussion, but the way these teams have gone about those changes reveal a big difference in their roster-building methodology.

Immortals went with the bold move of replacing its entire roster with Academy players. Of course, its Academy team was full of former LCS players, so it wasn’t a complete capitulation. But it did reek of a desperate team that doesn’t really know what it’s doing.

Immortals Academy hadn’t been competitive in the secondary league, and it isn’t completely clear what the team was hoping to learn by piling all five players onto the LCS stage. At this point, Immortals is putting bad tape on record for every player on the roster, and having recently fired coach Zaboutine, look more rudderless than ever.

100 Thieves, on the other hand, realized it had clear weaknesses that needed rectified, addressed those weaknesses, and are reserving judgment on the rest of the roster until they know what effect the changes will have. In this case, it was to take out Meteos and Stunt in favor of Contractz and Philippe “Poome” Lavoie-Giguere.

Contractz is a known quantity from his time on Cloud9 a few years ago and should be at home in an aggressive jungle meta. He pioneered jungle Ezreal and could be a big boost for a team lacking early-game punch. Poome is a wildcard, but the team’s synergy with Stunt was clearly lacking. And bot laner Cody Sun, while a strong player, looked bad laning with Stunt.

The team’s remaining question mark is mid laner Ryoma, who has really struggled to put together a passable LCS lane phase. He was big in bringing 100T back from the brink last week vs. TSM, putting out big damage on Azir to stabilize the game. But that only came after TSM took advantage of his weak laning to snowball ahead, and eventually TSM managed to finish with a backdoor.

100 Thieves is a long way from being competitive in North America, but its taking a more nuanced, iterative approach that could yield long-term dividends.

These four teams continue to do just enough for us to not completely give up on them. That’s not great, but in this league, it’s probably enough to make playoffs.

The team that had the best result last week was TSM, who escaped with a 2-0 record despite a near-disaster vs. 100 Thieves. Bjergsen’s early roaming from mid lane seemed to set up TSM for success but then the team just started dying over and over again to almost throw the game.

Liquid predictably lost to C9 before picking up the pieces against a hopeless Dignitas side. Golden Guardians somehow lost to Immortals before picking up an upset victory against FlyQuest. And CLG lost for only the second time this summer, but we continue to believe that as the schedule toughens, they’ll find it harder to keep winning. Still, this looks more like an average team capable of making playoffs than a complete dumpster fire, so that’s progress.

What could have been: Evil Geniuses, FlyQuest

Both of these teams had an opportunity last week to prove that they have the goods to at least compete for second in the region. Both failed.

FlyQuest beat a resurgent CLG squad and the completely lost the plot vs. Golden Guardians. New bot laner Brandon “MasH” Phan couldn’t keep GG off of him, feeding kill after kill and letting GG mid laner Damonte run the show on Twisted Fate. It didn’t matter that they had superior scaling as the game never got to a point where their scaling mattered.

Evil Geniuses’ loss to TSM was even more inexplicable. The team keeps picking random champions for mid laner Jiizuke even though years of evidence shows that he’s best on aggressive mid laners who can split push in the late game. Karma is not one of those champions, and into Bjergsen’s LeBlanc, it was a disaster.

Jiizuke is a player that can carry a series if he’s given the right tools, and EG is stubbornly refusing to give him those tools. That’s good in that it’s easy to fix, but also concerning since the team can’t figure out something seemingly so simple.

C9 had a good showing against a feisty Liquid squad last week. TL managed to stay even for most of the early game despite a massive bot lane gap, but C9’s stronger objective focus eventually carried the day. They somehow got better roaming play out of mid laner Nisqy despite the fact that he was playing Zoe into Twisted Fate.