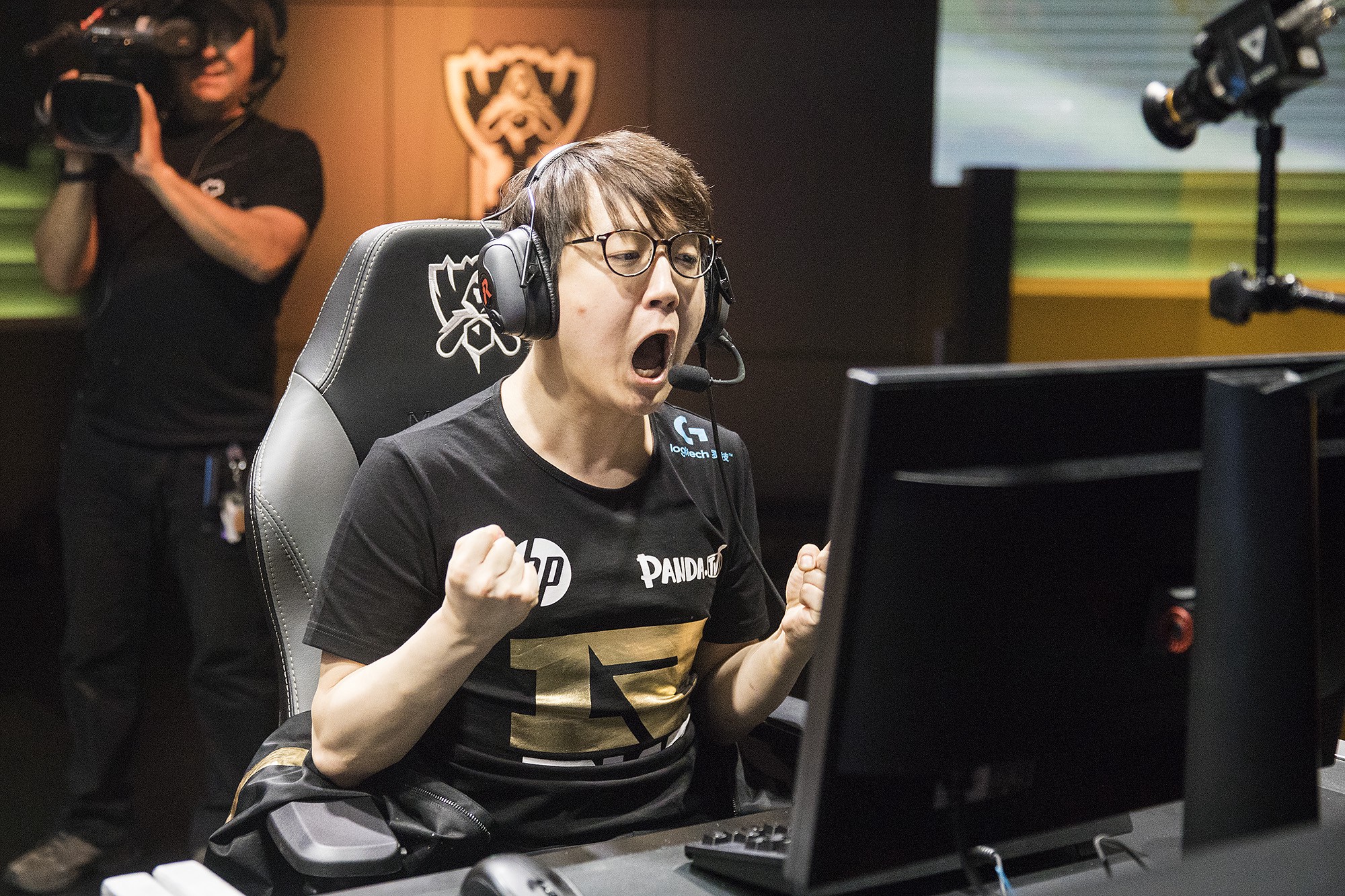 KT Rolster is one of the most storied franchises in esports. With successful teams in both Starcraft and League of Legends, KT’s roster of players include venerated names like Flash, YellOw, and NaDa.

It now seems set that KT will add even more stars to its roster of players. Rumors began surfacing a couple weeks ago and they are now being confirmed: KT is assembling a League of Legends superteam. Score, Smeb, and PawN have already signed. Deft and Mata are likely to be on the way.

Top laner Song “Smeb” Kyung-ho needs no introduction. He was a near-consensus as the best player of 2016 right until his last match. Go “Score” Dong-bin is one of the best competitive junglers and was key to the recruitment of the other players. These guys wanted to play with Score.

Viewers haven’t seen much of Heo “PawN” Won-seok lately due to a back injury that kept him out of EDward Gaming’s lineup. But he is one of the two potential World Champions on this roster, the other rumored to be support Cho “Mata” Se-hyeong. Mata’s mechanics, shot calling, and leadership are legendary. So is his strong personality and temper, which has held him back before. Can he learn to coexist with so many stars? Finally, there’s Kim “Deft” Hyuk-kyu as the potential ADC. Deft is the definition of a hypercarry and was EDG’s most consistent source of damage over the last two years.

These players clearly wanted to play with each other and seriously compete for titles. So how will it all work?

Who’s team is it?

Is it Score’s team? He is the only carryover KT member. And he is one of the best players at a position that is becoming more and more key to how Leaguefunctions. But with so many carry strong lanes around him, as a jungler, Score may find himself lost in the shuffle.

Score will inevitably be pulled in many different directions. ROX Tigers were very clearly built around Smeb in the top lane. This is going to be different for Score, who could usually leave Kim “Ssumday” Chan-ho on an island, trusting Ssumday to be stalwart in lane and scale well by himself.

PawN and especially Deft will require resources as well. Deft has adapted to the bloody, trade-heavy style prominent in the MPL, which draws a lot of attention to the duo lane. On Royal Never Give Up, Mata often used mid and bot lane pressure to pull the jungle to the bottom side and set up vision and invades. Mata’s game sense is incredible and has led to a lot of success. But it can also be binary — his way or the highway.

This question is not inconsequential. PawN, Deft, and Mata are returning to Korea ostensibly to compete for a World Championship, having failed to do so on Chinese teams. All of these players want to hold the Summoner’s cup at the end of the season. But they may not all have the same vision of how to get there.

Picks and bans: key to the fit

The tricky thing with so many good player is that KT will be faced with a plethora of potential win conditions. Feed Smeb and split push. Play patiently until Deft scales. Roam with Mata and Score and deny everything. Options abound, but that can also be paralyzing.

The coaches will have be very specific in their approach to practice and develop bespoke strategies for every opponent. And it starts with the draft. They should experiment over the first few weeks of LCK Spring how the team feels about where to devote draft resources. Particularly interesting will be their strategy on the red side of the map.

In the early parts of Season 6, LCK teams favored the red side due to the counter-picking potential and the ability to trade for multiple power picks. But as the meta shifted, blue side became heavily favored. And by Worlds, blue side’s win percentage was notably higher. Notably, first pick became much more important than counter-picking.

With so many players that can play so many champions and styles, KT should be better prepared than anybody to use the draft and boost its red side win rate. It just may take a few weeks before they figure out how they want to play the map.

Super teams like this rarely work out immediately. Teams like the Miami Heat and Golden State Warriors of the NBA took time to jell. And those examples are from a sport where the meta doesn’t change multiple times a year.

Putting this team together will put pressure on its players to show immediate results. They need to resist that pressure and take a step back. They can’t go into this next split acting like the Worlds winners and finalists that they are. They need to be curious, to learn from each other and their coaches. That they all now speak the same language won’t make communication gaps disappear.

And if there’s one thing that Smeb specifically can bring, it’s the sense of joy that his previous team, ROX Tigers played with. He may not have been the center of that, but he needs to bring some charisma to this team to lighten the burden.

With so much raw talent on this roster, KT should be an elite team that is a serious contender at Worlds. Just don’t be surprised if it’s a roller coaster that takes a split or two to peak.