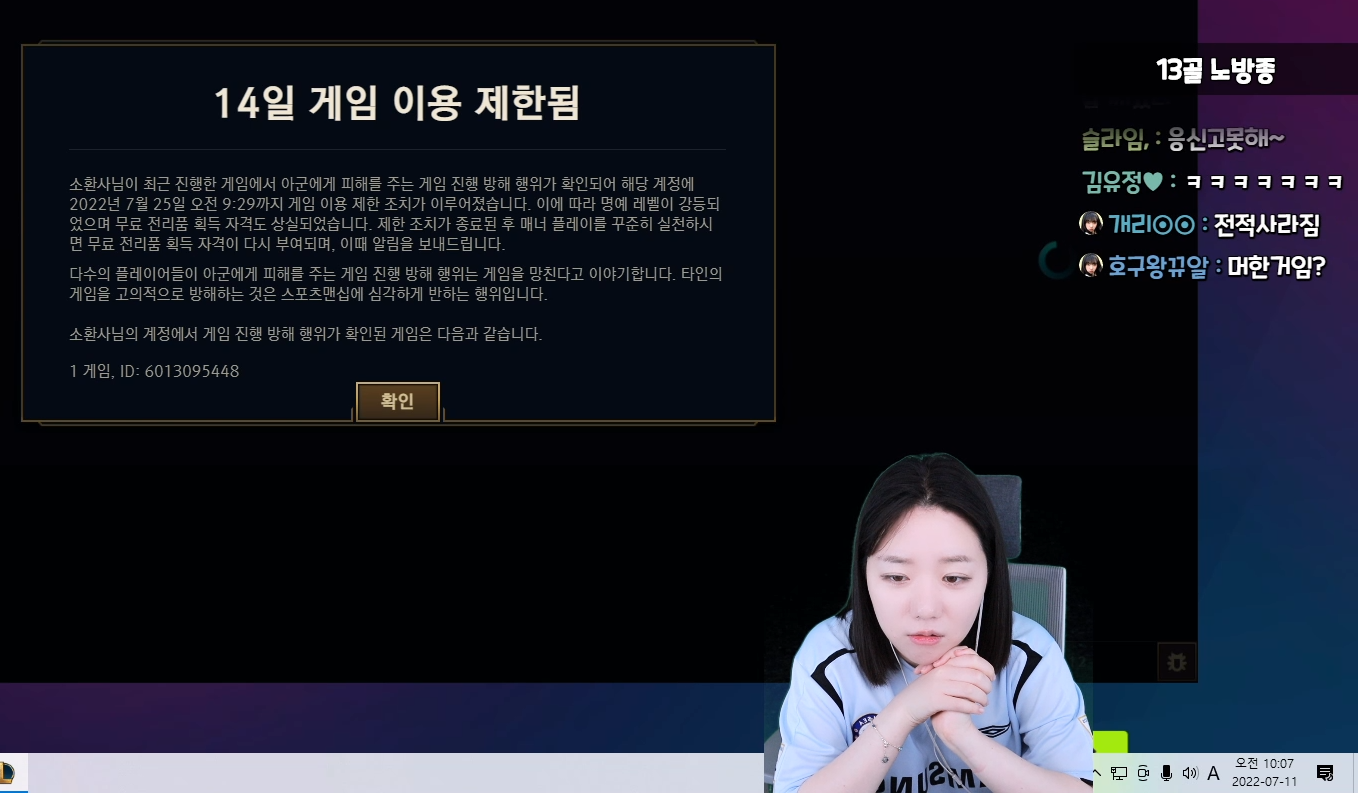 A streamer from South Korea called Kim “Kkual” So-Hyun has been suspended for 14 days in League of Legends after she was held hostage in a three-hour game by stream snipers.

After falling behind in Summoner’s Rift, her enemies forced her to keep playing, extending the game for hours on end. Ultimately, the players who weren’t part of the stream sniping crew left the match, leaving Kkual alone with her griefers.

The streamer didn’t take the game to heart, though. She ended up singing to her viewers during the marathon game and playing FIFA on the side, while her enemies killed her over a hundred times in the fountain.

She remained in the game to avoid an AFK penalty but ended up receiving a 14-day suspension for “griefing.” She was also surprised to see the game didn’t show up in her game history, preventing her from obtaining proof she was on the receiving end of the griefing.

She opened a support ticket to Riot in an attempt to revert the suspension, explaining that two players from the enemy team and two from her team prevented the game from ending and refused to surrender.

The developers have yet to respond to her request at the time of writing.