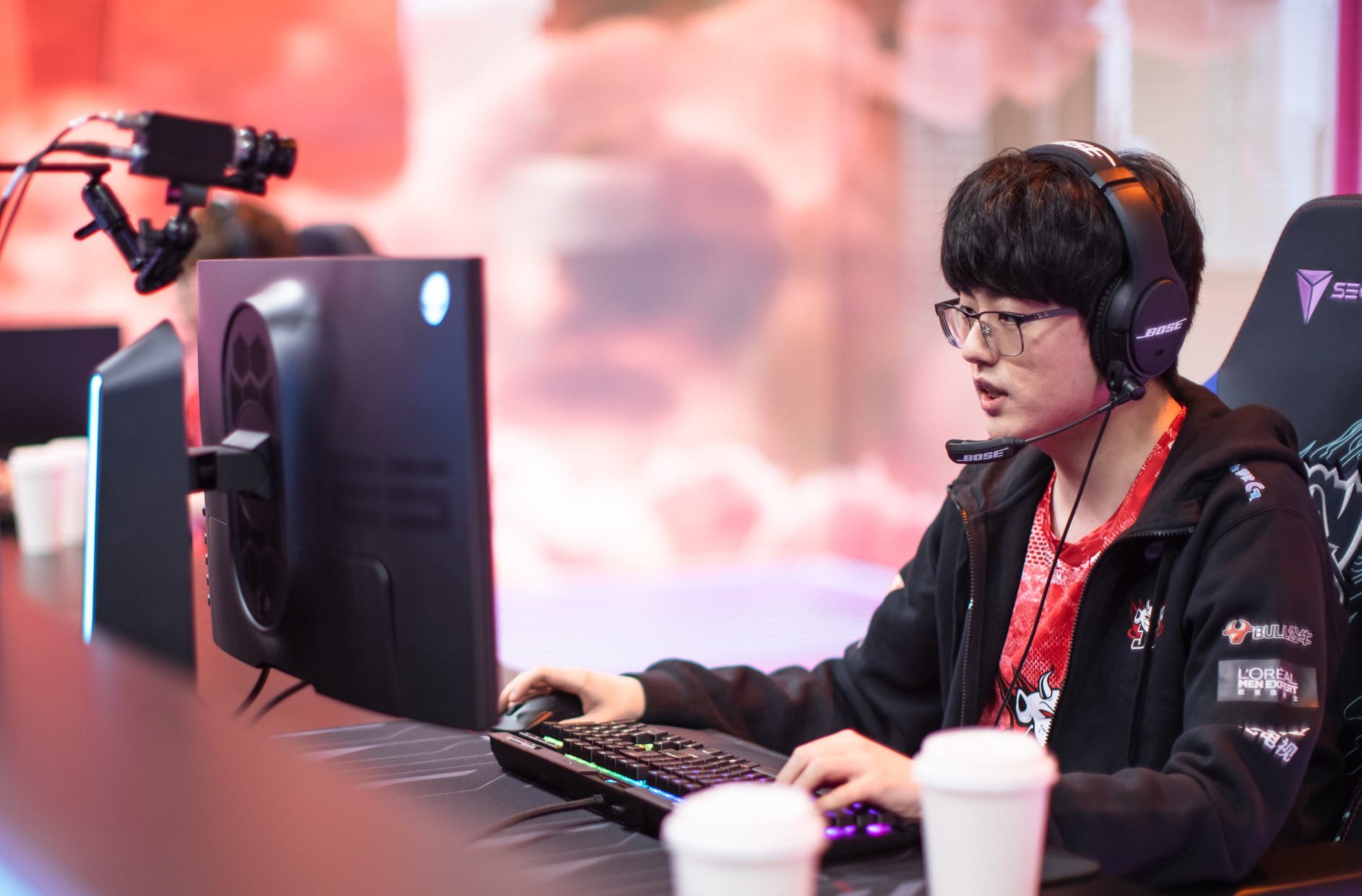 JD Gaming cemented themselves over Rogue today with a dominant 30-minute win on day three of the 2020 League of Legends World Championship in a decisive game that’d ultimately turn the tides of Group B’s future.

Coming into the day, it was easy to pin this matchup as perhaps the most important game on the schedule for both of these teams and the entirety of Group B. With Damwon Gaming establishing dominance over the rest of the group by winning all three of their contests this weekend, it was obvious that whoever won this game would be in a prime position to make a run at the group’s second seed.

Especially considering that both of these teams came into the day with identical records of 1-1, it was fair to say that this game was a “must-win” for Rogue and JDG.

The game began in quiet fashion despite aggressive, engaged-focused picks like Bard and Blitzcrank across the board. No kills were recorded on either side for nearly 10 minutes, keeping things relatively even throughout the early game.

But once the fighting began, JDG got out in front and ramped up an early advantage immensely. With control over dragons and turret plates in the early game, the LPL’s second seed built up a strong enough lead to dominate Rogue in the mid-to-late game.

Although every player on the JDG roster showed up to play today, the team’s mid laner Zeng “Yagao” Qi had an exceptional performance on Zoe with a scoreline of 5/1/7. By consistently landing Sleepy Trouble Bubbles and catching out Rogue’s carries, Yagao played a central part in JDG’s victory. Because of his play, the team was able to snowball its lead and end the game in just 30 minutes.

Moving forward, Rogue, now sitting at 1-2, will certainly have to turn things around during the second round robin of Group B. JDG, on the other hand, sit comfortably going into the group’s full slate of games on Oct. 9.

With this statement win today, JD Gaming are poised to make it out of Group B if they can continue to play at this pace.