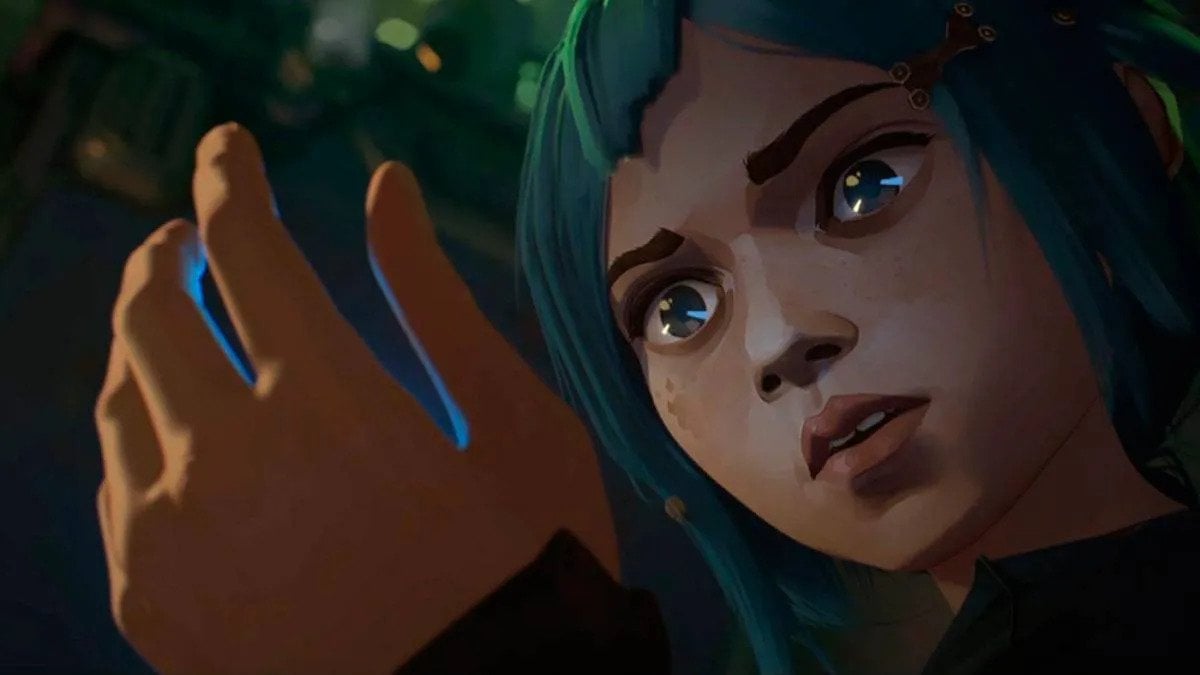 Arcane introduced its viewers to Powder, a character that watchers of the animated series and players of the game took a keen interest in. This is because many of her features are eye-catching, including her blue hair, excellent skills with firearms and explosives, and of course, the hint of a bit of madness in those eyes.

If those features sound a little familiar to you, then you probably know who Powder is in League of Legends. If not, then keep reading on for a shocking revelation.

Based on what we have already seen, Powder is none other than everybody’s favorite marksman, Jinx. The features were already a dead giveaway when viewers first saw her in the series but as time passed, her interactions and her storyline just made it more apparent. Even though it might have been a little confusing at first, seeing her child-like appearance, this makes sense given the timeline where Powder and her sister are still kids.

Even though she goes by the name Jinx later on, her initial name of Powder comes from the color of her hair, which is powder-blue. This might not seem very creative at first until it’s revealed that her sister’s name Violet is also inspired by her purple hair. The name Powder was not something she enjoyed which is slowly interspersed throughout the series. The first tease of her eventual name is when Powder’s friend refers to her as a “Jinx”.

The viewers first see Powder in the opening scenes of the series along with her sister Violet. According to the story so far, Powder and Violet are caught in a devastating attack by Piltover forces. They are eventually rescued by Vander before any more harm befalls them and he takes both the sisters into his care by adopting them. This is not smooth sailing for either of the siblings since they are forced into a life of crime from here on out, which is, unfortunately, a consequence of living in the deep recesses of Zaun.

From Powder to Jinx

Following this, Powder is then eventually abandoned by her adoptive family. She decides to run away and look for a place of her own where she can belong. This leads to her running into Silco, who sees her latent potential for explosives. This same talent accidentally ended up causing the death of her adoptive father, which led to her sister Violet abandoning her as well.

Now nurturing a new specialty and harboring a ton of abandonment issues, Powder fades away into obscurity while Jinx takes the spotlight as she treads the path of madness ever so slowly.

Jinx in League of Legends

In League of Legends, Powder fully realizes her true potential and adopts the name Jinx going forward. Now fully considered to be an unhinged and manic criminal, Jinx made her way to the world of League. With her main enemy being boredom, Jinx causes all sorts of chaos wherever she goes using her trusty guns, Pow-Pow and Fishbones.

Apart from these, she also utilizes a variety of gadgets in battle, including her Flame Chompers, Super Mega Death Rocket, and her Zap! gun. Her penchant for explosives just makes her all the more dangerous for any foe unfortunate enough to lie on her path to mayhem.

She was also exposed to the deadly drug Shimmer, which was used to resuscitate her from her death battle with Ekko. This changed the color of her eyes from blue to pink, while making her more mentally unstable than before. Using this madness, she intends to trigger her sister Violet’s—now going by Vi—memories of the old days when they were close siblings.

Jinx has a total of five abilities, including a passive:

Jinx is a marksman champion released in 2013. She has been a staple pick in the bottom lane ever since she was released and functions as an AD carry. Whether it be Powder or Jinx, she has always been a very popular character and her brand of chaos has brought joy to a lot of players from around the world.