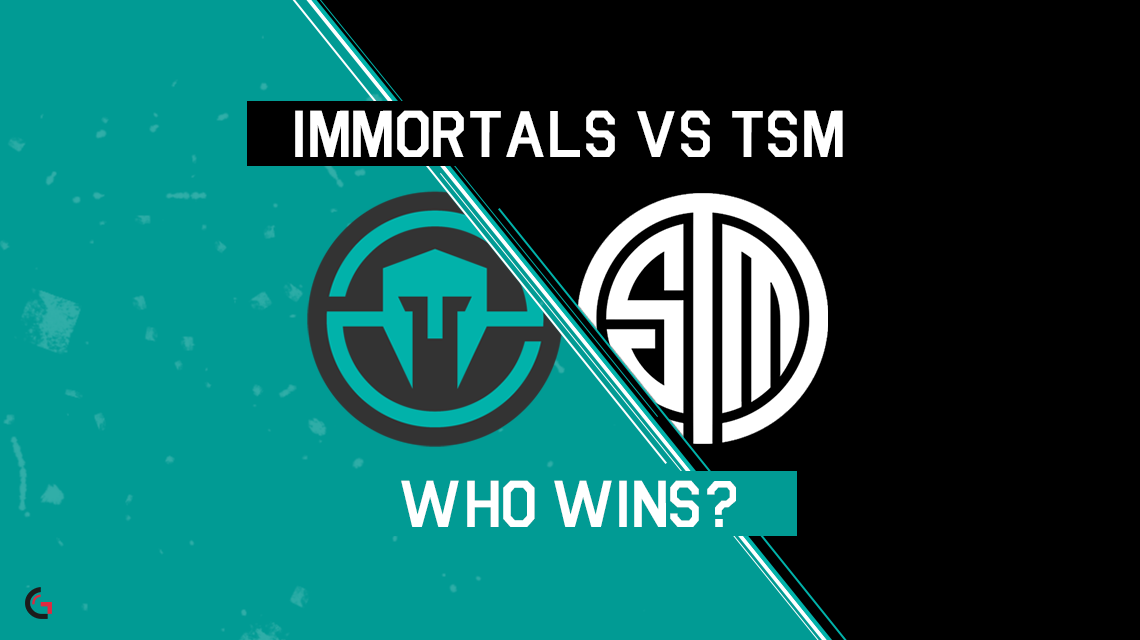 Team SoloMid and Immortals are the two teams sitting in the first and second positions in the North American League Championship Series Summer Split. These two teams have combined for a 30-2 record through the first eight weeks of the season, and they share a tremendous amount of respect for one another. Thankfully for those that enjoy the LCS, these two teams will match up against each other in the final week of the 2016 Summer Split. The winner will almost certainly secure the first place seed going into playoffs, while the other will have to work from behind if they want to hoist the trophy in Toronto. Which team will have which position when the dust settles on Sunday afternoon? That is the question I will try to answer, but first we need to figure out how each of these teams got to this point.

It is worth noting that IMT will play Phoenix1 in their final match, while TSM will be matched against NRG. Anything other than a win from the top two teams in these matches throws not just a wrench into the mix, but the whole toolbox instead, so for the rest of this article, we will go off the assumption that TSM and IMT both win these matches for simplicity purposes. But, as we saw last week, anything is possible.

Team SoloMid, the veteran team with a spice of rookie talent, are essentially the New York Yankees of League of Legends. They had the more impressive run throughout the first eight weeks, and for seven of them, TSM led the league with an undefeated record. The addition of Vincent “Biofrost” Wang has seemed to have work perfectly for the team, as well as the services of Weldon Green, the team’s psychologist, who has helped keep this team humble in victory, but positive in their defeat, of which there have been few.

If you asked any caster, player, analyst, or fan the question, “which team would take down TSM first?” you would have been destined to hear answers such as Cloud9, Counter Logic Gaming and Immortals. What you did not hear was Phoenix1, a team in their first season who struggled to find any wins in the first five weeks, and a team that sat at the bottom of the standings for four of those weeks. However, in a match that resembled the thrills and emotions of the 1980 Olympic match between the United States and U.S.S.R, P1 depleted the defenses of Team SoloMid, and soon nailed down the nexus to take the series two games to one. TSM was now 15-1, a record that matched that of arch-rival and the team that had been hunting them down since week one, Immortals.

In some ways, this run by TSM reflected that of Immortals in the Spring Split, a force that sat atop the standings, and did so for much of the split with a perfect record. But, that record was shattered, and a digit entered to the right of the dash; in the case of Immortals, by CLG, a squad that would go on to win the championship. Team SoloMid’s loss was much worse; losing to CLG is reasonable, but P1 is a different story. Phoenix1 is a team that is at this moment trying to claw their way not into playoffs, but out of the relegation tournament. It is a much different story to point out one reason why TSM lost this matchup. Was it underpreparedness, or not taking P1 seriously, or a simple cheese strategy from a team who had not much too lose? We will probably never know. The big question is, how much does this loss damage your confidence in TSM when they go to play Immortals?

Immortals broke out in the 2016 Spring Split, their first season in the LCS, with a strong pace. Some people questioned whether or not this team would be able to keep this up, and the team responded to those doubts by sweeping the first six weeks of the split, going 12-0. Eventually, they would lose to CLG, their only blemish on a 17-1 record that was more than good enough for the regular season title, but the team just was not right after that, as all eyes had shifted to the playoffs.

TSM, after defeating Cloud9, moved on to play Immortals in the semifinals. The obvious favorite going into the match was Immortals, as TSM had barely made it into the playoffs in the first place, finishing sixth, which was the final playoff berth spot, with a 9-9 record. However, TSM proved that the playoffs was a fresh start for everyone as they swept Immortals 3-0 and earned a spot in the finals. They would eventually go on to lose to CLG, and Immortals would defeat Team Liquid for third place. Once the playoffs ended, North America sent CLG to the Mid-Season Invitational, and TSM and IMT were home preparing for the Spring Split to began.

Immortals was looking for revenge, and they once again proved they had the pace to dominate the regular season, and through the first eight weeks, they maintained a 15-1 record, with the only blemish being a week two loss to Team SoloMid. Immortals had spent six weeks in second place behind TSM, waiting for their chance to get within striking distance of the undefeated squad, and that door finally opened in week eight, when TSM was upset by Phoenix1. That now arguably puts IMT in the driver’s seat; they know, TSM knows, and all of us who have been watching this split know that an IMT win in this TSM match is now good enough to propel them to first in the standings, instead of just evening the count. But, can Immortals win that match?

Underpreparedness should not be a factor in this match, as both teams know the stakes, and they know each other’s potential. Nervousness, for the most part at least, should not be factored in either. TSM has one rookie in Biofrost, but I doubt we see him collapse under the pressure. TSM has proven that in the last two meetings between these teams, they have the upperhand. With the 3-0 win in the playoffs last season, and the 2-1 win in the regular season, you would be hard pressed to not pick TSM. However, revenge is sweet and Immortals should go into the match telling themselves that it is a new day, and a new series.

These teams are so evenly matched that it might come down to how most bronze matches are won; not who is the better team, but which five-man group can make the least mistakes. If both of them play absolutely perfect LoL, it is a tougher call, but taking into account the history between these two teams, I think TSM has the advantage. One slip early and the game could snowball either way, a mistake in a team fight late could spell the end for those misstepped. It will be a series filled with long matches that could easily spiral deep into the 40 and 50 minute range, but it will be a series that features the two best teams in North America, and it will be a series that decides which one of them walks into the Air Canada Centre in Toronto with the number one seed.