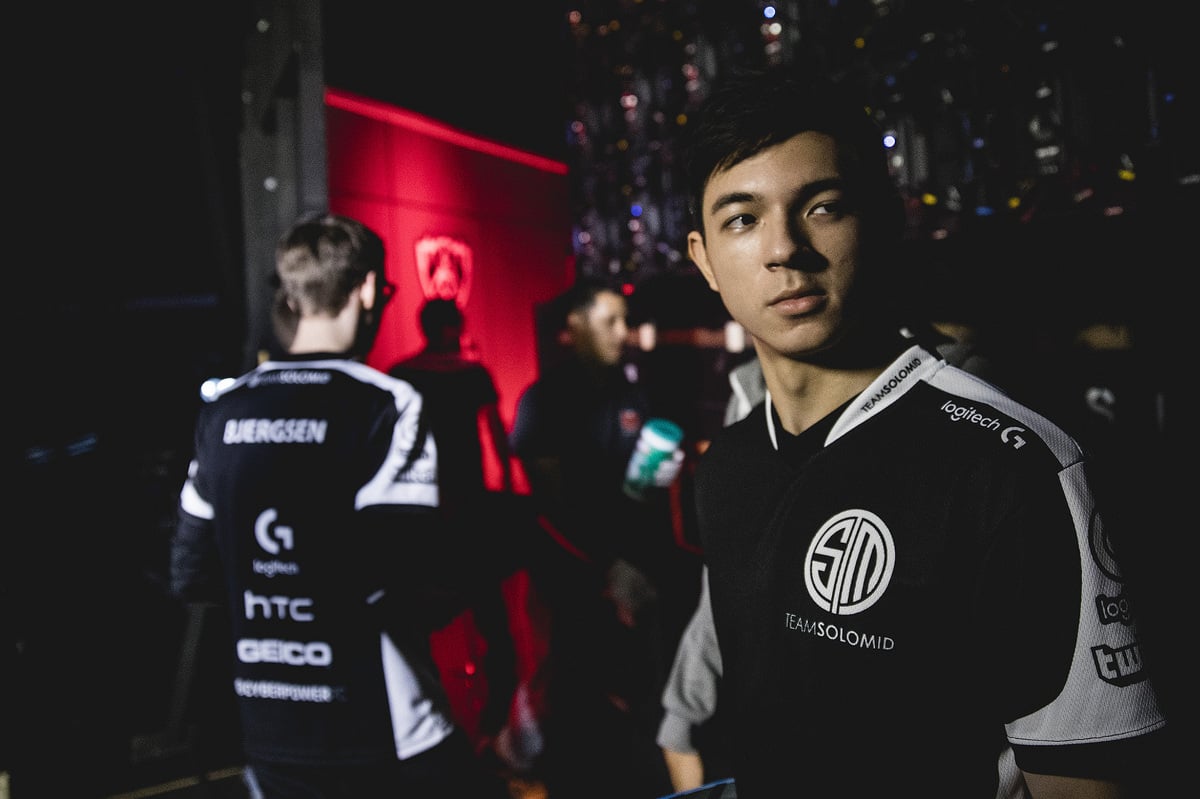 Expectations for TSM are always high. But after dropping a set against a talented Cloud9 squad, the team found itself in trouble against Immortals. That’s when top laner Kevin “Hauntzer” Yarnell—their most unassuming player—found himself in a position to win the series.

Hauntzer can be easy to overlook. After all, one of his greatest strengths is being a chameleon, in adapting his play style and champion pool to match the needs of his team. But sometimes even chameleons need to stand out. And in the deciding game against Immortals, Hauntzer picked the perfect moment.

After struggling in his first few games, Hauntzer blew open the deciding game.

What happened to Hauntzer?

Hauntzer was a key component as TSM swept through the LCS Summer 2016. Per Oracle’s Elixir, he had the highest creep score (CS) differential at 10 minutes in the entire league. That’s right: The leading laner in NA wasn’t Heo “Huni” Seong-hoon, a primary carry, or Darshan Upadhyaya, a steady split pusher. Hauntzer was able to build leads and absorb pressure while playing a wide variety of champions, from Irelia to Shen to Gnar.

The leads Hauntzer built allowed him to shove and roam for his team while not sacrificing farm. This forced his opponents to choose between CS and teamfights. Building advantages like this takes time and patience. The effects can be overlooked, especially when the other TSM stars are the ones getting kills in teamfights. It’s the perfect role for Hauntzer.

This year, Hauntzer hasn’t had as much success in lane, and it’s hurting his team. The sample size is small, but he’s currently averaging a CS deficit at 10 minutes. That’s given the team fits as it seeks to find the identity it had just a few months ago.

How did Hauntzer turn it around?

Betting big on the top lane

The first sign came in the Game 3 draft. TSM first-picked Maokai for Hauntzer, a no-brainer not because of the priority given to Hauntzer, but because of how broken Maokai is with the Courage of Colossus mastery. The treant’s ability to lock down a target with a point-and-click ability while gaining a huge shield makes him extremely powerful in fights.

TSM then picked Ashe for Jason “WildTurtle” Tran but declined to pair him with a matching support. Instead, they grabbed Cassiopeia for star mid laner Soren “Bjergsen” Bjerg.

Sensing an opportunity, Immortals (on red side), started banning supports in the second ban phase. Because Immortals also had the next pick, TSM felt forced to counter with a support ban of their own. These bans seemed to target Vincent “Biofrost” Wang’s champion pool, forcing him onto a tank support (Thresh) who could be poked out in lane. With their own support, Kim “Olleh” Joo-sung, comfortable on Morgana, Immortals created a winning duo lane matchup.

It’s extremely hard to win in professional League with more than one losing lane. Bjergsen can usually win his. But with the melee into ranged matchup in the duo lane, it was critical for Hauntzer to come through. He had to at least go even with Lee “Flame” Ho-jong’s Poppy.

He did more than go even.

Flame isn’t a perfect player but the guy knows how to CS. And Hauntzer straight bullied him. He went up four CS after two waves. Six after three. Small, steady advantages.

Meanwhile in the bottom half of the map, TSM jungler Dennis “Sveskeren” Johnsen read counterpart Joshua “Dardoch” Hartnett’s overtly obvious plays, blowing flashes on nearly everyone. When Dardoch switched focus and roamed to the top, Hauntzer just walked out.

Blowing flashes wouldn’t mean much if TSM couldn’t capitalize. Hauntzer wouldn’t make that mistake. After teleporting back to lane and shoving his minions (up 11 in CS), he roamed with Svenskeren to the mid lane. The resulting dive was clinical: a summoner-less Pobelter was easily killed.

The coup de grâce came at 10 minutes, where Hauntzer forced Flame to teleport back to lane. Less than two minutes later, when Dardoch ganked the bot lane, Hauntzer’s TP was on time. They won that fight and took first turret. By the time Dardoch finally shut him down, the game had already snowballed too far into TSM’s hands.

TSM needs this from Hauntzer in every game

Going into the season, we thought we knew how TSM would work. Bjergsen is the carry, working with Sevenskeren to control the map. The biggest question mark was the duo lane of Jason “WildTurtle” Tran and Vincent “Biofrost” Wang. Hauntzer just needed to be solid. The advantages he carves out are small and take time. Although he plays a role in TSM’s wins, he is rarely assigned credit for victories or blame for losses.

But with WildTurtle struggling in the early game as well, TSM is requiring more of Hauntzer. He needs to have an early impact in every game for them to reach their potential. The urgency is heightened with the current crop of top lane talent, including formidable international stars like Jang “Looper” Hyeong-seok, Kim “Ssumday” Chan-ho, and of course, Jung “Impact” Eon-yeong.

Hauntzer may not be the most talented top laner in the region. But he is exactly the player that TSM needs.