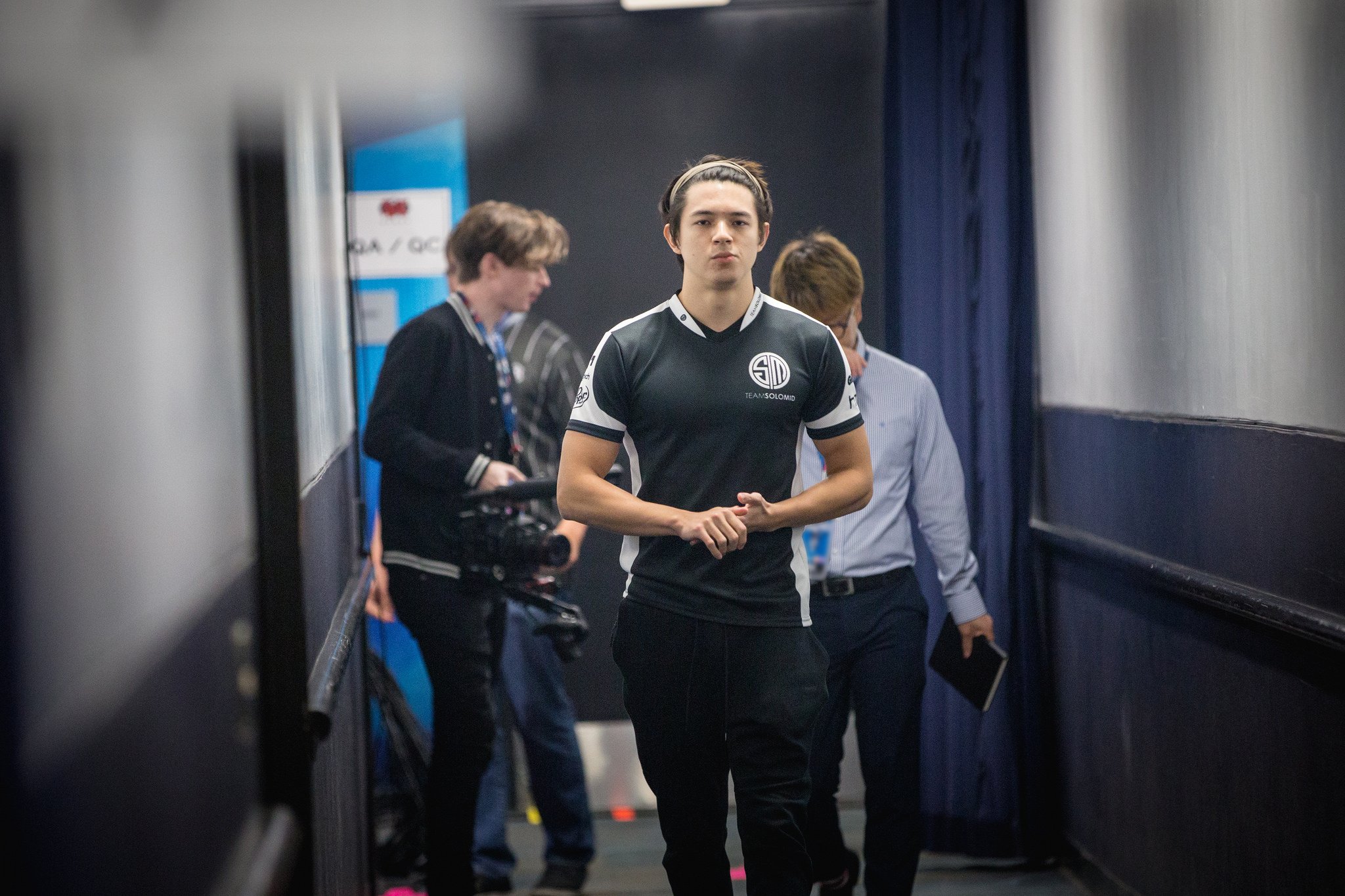 There have been some extremely high-profile roster acquisitions, swaps, and drops in the LCS this offseason, including Nicolaj Jensen and
Jo “CoreJJ” Yong-in to Liquid, Bae “Bang” Jun-sik to 100 Thieves, and Lee “Crown” Min-ho to OpTic Gaming. One of the most shocking, in our opinion, was Kevin “Hauntzer” Yarnell’s departure from TSM.

Despite Hauntzer sticking with TSM through three championships and maintaining his status as a very strong and prominent top laner during the team’s abysmal 2018 season, they cut him from the starting lineup in favor of Sergen “Broken Blade” Çelik from the Turkish league. Hauntzer told Dot Esports that he was given barely any warning of the transfer, nor was he given an option to share starting spots.

He was kicked immediately to the curb, and although he’s familiar with the grim reality of competition, he doesn’t feel TSM made the correct choice.

“I definitely knew there would be changes on TSM, especially after such a terrible year,” Hautzer told Dot Esports. “I don’t think they made the right changes, but it’s not my decision. TSM has their own way they want to run the organization. I can’t really do anything about that, but I’m in a better situation now. That’s just life.”

As the saying goes, though, the grass is always greener, and it seems Hauntzer has landed on the other side of the fence. The Golden State Warriors-backed Golden Guardians showed immediate interest, and Hauntzer liked what he saw.

“I looked at my options, and after talking to and meeting with GGS, I realized this is the team I want to join,” Hauntzer said. “They have really good management and infrastructure, and although they had a bad year last year, I’m confident that with all of the changes being made that this year will be really successful.”

Down but not out

Now he’s the starting top laner for GGS alongside noteworthy players like Henrik “Froggen” Hansen, Kim “Olleh” Joo-sung, and strong young talent in Juan “Contractz” Garcia and Matthew “Deftly” Chen. He commented that both Deftly and Contractz are incredibly nice people and easy to get along with and work beside, and that he and the other veterans are fitting in very well.

Not only does he think Golden Guardians could be one of the strongest in the league, he also tells Dot Esports that his new team’s atmosphere is a monstrous step up from his long stretch of time with TSM. The upgraded atmosphere was the real selling point to him, calling it “10 times better” than the infrastructure and support system of TSM.

“The overall lifestyle of living here really helps me get into a competitive mindset,” Hauntzer said. “We’re also not grinding 24/7, and I’m able to do what I want to relax. On TSM, it often got too stressful, and there was no way to break out of that stress.”

One of the pain points from TSM, as similarly reported by Riot’s own Kien Lam in a feature about Dennis “Svenskeren” Johnsen last year, was the pressure to do nothing but play League, League, and more League. For Hauntzer, GGS has added comfort and professionalism to his life that he sorely needed.

“On TSM, if you saw your teammate playing Fortnite or World of Warcraft or something, there was this weird stigma like, ‘Why is he not practicing?'” Hautzer said. “You can’t call your girlfriend, you can’t chill and watch TV. If you do anything like that, the feeling was just ‘Wow, this guy is slacking off.’ On GGS, I can either hang out with my teammates or do my own thing. I recently started kickboxing, and now I do that every other night. I feel great. There’s way less stress, aside from the stress of competition, but that’s the good kind. It’s a more productive atmosphere.”

Although it’s less of a dramatic improvement, Hauntzer is also a big fan of the coaching situation on GGS. Manned by former Echo Fox coach Nick “Inero” Smith, GGS’ starting squad has won 70 to 80 percent of their scrims so far, according to Hauntzer, and he likes what he sees.

“Inero has been a breath of fresh air for me,” Hauntzer said. “He has more of a plan of what he wants to draft and how he wants to play. He also gives really good feedback after games. On TSM, it felt like it was the players learning to play the game and be accountable for each other. Obviously players should feel somewhat accountable, but the coaches should have some say. There wasn’t much of that on TSM. Everyone on this team is very open-minded.”

Hauntzer is still good friends with most of the TSM players, despite the major change he’s had to go through in such a short amount of time and despite preferring his new coach. He mentioned Søren “Bjergsen” Bjerg, Parth Naidu, and Jonathan “Grig” Armao by name, saying that they’re all on good terms and that he wishes them the best. But that doesn’t mean he won’t try to “shit on them” during the 2019 LCS season.