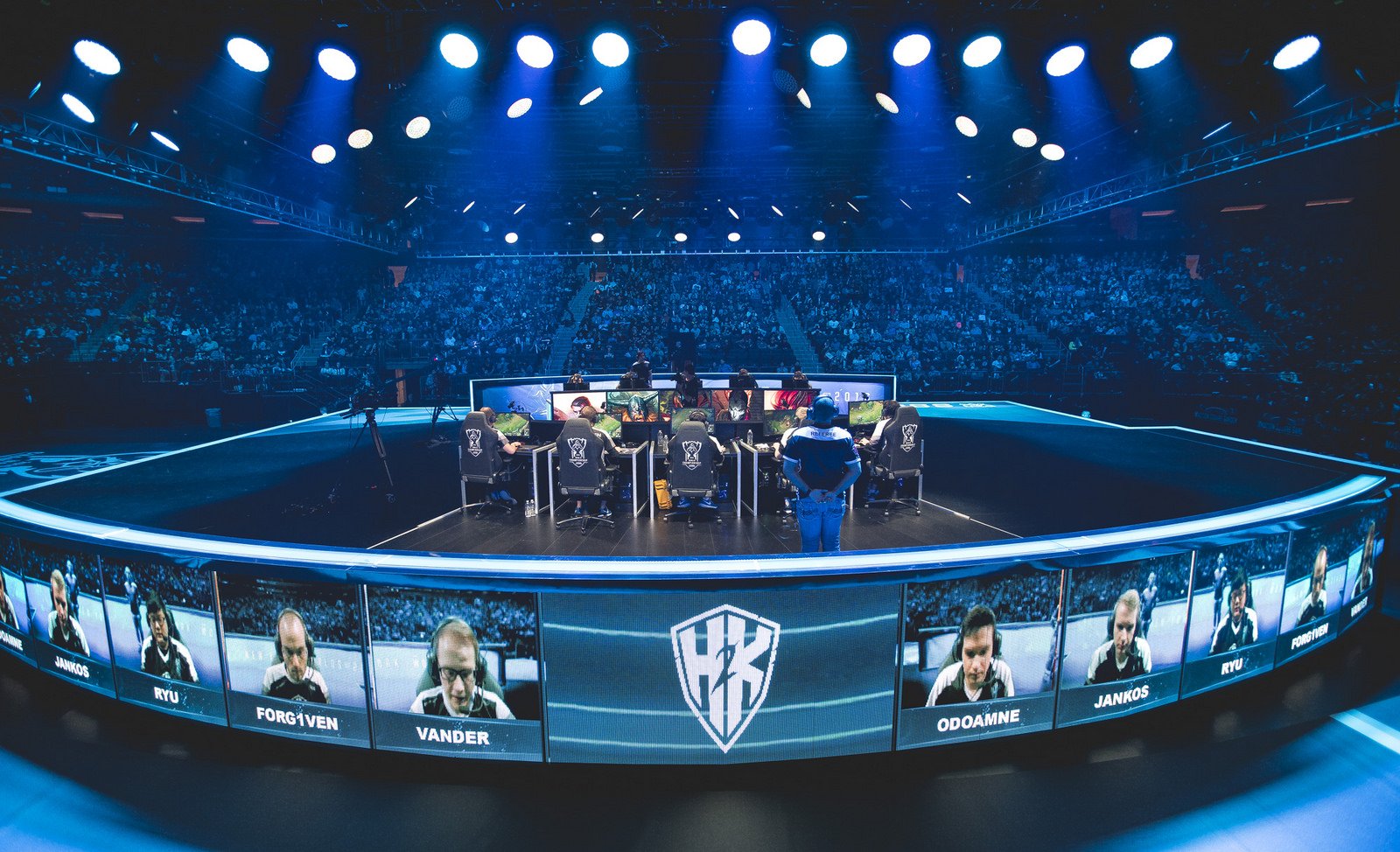 H2K Gaming were having a good finish to the year. An unexpected run through the European League Championship Series playoffs led to a spot at Worlds, and an EDward Gaming stumble and some clutch play from the solo lanes got them all the way to the semifinals. After a respectable loss to Samsung Galaxy (who were very nearly the best team in the world), they signed Fabian “Febiven” Diepstraten to become even better.

And then, in what has become typical H2K fashion, things started getting weird.

First, there was the festering Konstantinos “FORG1VEN” Tzortziou problem. The mercurial AD carry had a rather successful return to the franchise last summer, and his duo lane with Oskar “VandeR” Bogdan was by far the best Western duo at Worlds. But FORG1VEN announced he was leaving, and in a more recent Facebook post translated by Reddit user Haralith, he indicated why. Essentially, he is done carrying what he perceives to be inferior talent in the solo lanes and jungle (presumably including Febiven).

FORG1VEN has left other teams, even H2K once before, under worse conditions. He was a vital team member but his history of bouncing between teams suggests that H2K should have been prepared to survive without him.

The team decided that without FORG1VEN it was better to jettison the entire duo lane altogether. VandeR is one of the best supports in Europe, but his duo lane with Aleš “Freeze” Knežínek struggled in FORG1VEN’s absence. H2K made the decision to abandon VandeR two weeks ago and looked to the LCK for a replacement.

But the announcement came so late in the offseason that most other LCS-level support positions had been filled. After searching for an LCS team in vain, VandeR was left without a home, which means we won’t see either of the players in the next split.

H2K might have been timing the announcement of VandeR leaving around the All-Star break, when jungler Marcin “Jankos” Jankowski would not have been in contact with the team. Jankos ultimately found out about VandeR’s departure via social media, and was not pleased with H2K’s handling of the situation. In a stream translated by Reddit user Pashnax, he indicated that there were other things going on that he didn’t feel were right.

Under normal circumstances, this may not amount to much. Teams in all professional sports make tough personnel decisions that upset players. But then there’s last year’s drama with TSM, where H2K threatened an unfounded lawsuit after losing Dennis “Svenskeren” Johnsen. A pattern begins to emerge.

It looks like H2K’s management, notably owner Richard Wells, have unique views on the player marketplace. It is no secret that Wells opposes inflation in player salaries, calling it unsustainable. His view is that player salaries should be tied to league revenues. He’s doubled down on that view very recently.

That viewpoint has merit, but also ignores basic economic facts, like supply and demand, that govern salaries. It ignores his usage of frivolous lawsuits to defend low contract offers, which works when players have improper representation. Finally, it ignores the fact that the teams in professional League don’t provide much actual value besides seed money: Unlike other leagues, teams don’t provide the vital infrastructure (stadiums) that allow the leagues to function.

H2K has no obligation to act in anything but it’s own best interests. It doesn’t owe Jankos any explanations or VandeR a new contract. But repeated actions show the organization’s disregard for healthy relationships with its players. And in a league where the players provide much more substantive value, that’s a dangerous way to run the team.

H2K should be a strong team in 2017. But amid their cries for sustainability, they may have built themselves as a house of cards.