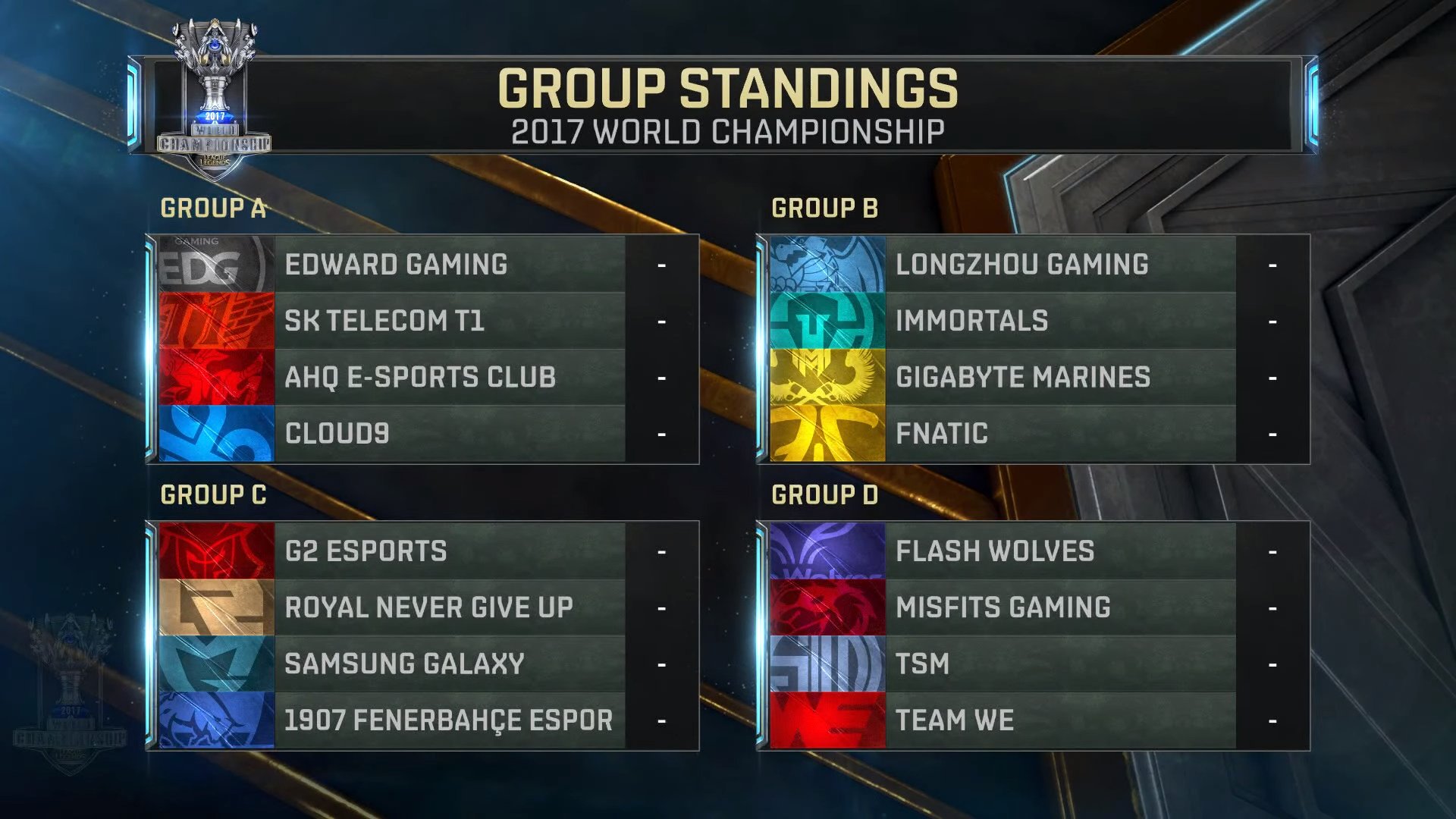 The play-ins at Worlds 2017 concluded today with Team WE’s utter domination over Young Generation. We are now heading into the group stage, and the victors of the play-in stage have been sorted into their groups.

The NA LCS’ Cloud9 will join reigning world champions SK Telecom T1, EDward Gaming, and ahq e-Sports Club in Group A—potentially the most difficult group in the tournament. Cloud9 was rivaled only by Team WE as the most dominant team in the play-in stage. Unfortunately for them, they’ll have to keep improving just as rapidly if they hope to even stand a chance against this group of titans.

The EU LCS’ Fnatic has been paired with LCK Summer Split champions and current favorites to win Longzhu Gaming, Immortals, and the GIGABYTE Marines in Group B. Fnatic played the majority of the play-in stage as a bit of a disappointment. It wasn’t until their final best-of-five series that they showed up and crushed the opposing Hong Kong Attitude. Even then, their level of play doesn’t hold a candle to most of the teams in their group, so it’s safe to say they might to have a tough time when the group stage rolls around.

The TCL’s 1907 Fenerbahçe Espor has joined Group C alongside G2 Esports, Royal Never Give Up, and Samsung Galaxy. Like FNC, Fenerbahçe performed with mediocrity throughout their run in the play-ins. Superstar mid laner and LCK veteran Kim “Frozen” Tae-il will need to step up if he’s going to carry his team as the clear underdogs of Group C.

Finally, Team WE will compete against the Flash Wolves, Misfits, and the NA LCS’ TSM. Team WE performed extremely well all throughout the play-in stage. Not only should they stand a chance against the teams of their group, they may actually be one of the best teams here.

The long-awaited group stage will kick off on Oct. 5 at 3am ET/3pm CST where Royal Never Give Up will take on Turkey’s own 1907 Fenerbahçe. The first half of groups will conclude on Oct. 8.