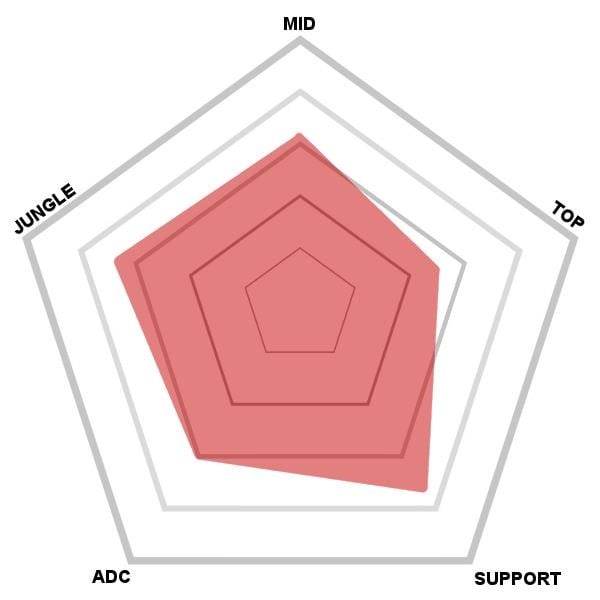 I wanted to begin by congratulating Gravity’s new head coach, Hughbo Shim aka SoulDra. I never knew him very well but his ascension from amateur writer to the coach of what we at Goldper10 consider a top 4 NA team is a great example of what one can achieve in e-sports with hard work and intelligence.

To many outside fans, top laner Hauntzer is probably the biggest question mark on an otherwise well-known Gravity Gaming squad. He has long had a strange reputation with fans, partially because LCS caster Phreak once claimed that he was a Diamond 2 player (he actually had smurf accounts in Challenger.) However, Hauntzer is possibly the most consistent member of the entire team. His reliable play, wide champion pool, and willingness to battle for small advantages are all reminiscent of European great Zorozero, albeit a much more unpolished version. During Season 3, he was able to match up against star top laners like ackerman or CaliTrololz. With more practice against top tier players, it’s hard to tell how far Hauntzer can go.

Saintvicious needs no introduction. The first carry jungler is a top 10 player in his position in League of Legends history and one of the greatest innovators to ever play the game. Saint fans tuning into Challenger games expecting his old-school domination first came away extremely disappointed – Saint has always struggled with overaggressive initiations, and his time in the Challenger scene proved no different. However, an all-new Saintvicious would show up for their promotion matches against CLG. The reinvigorated jungler would continue to dominate in the expansion tourney. Bringing back his beloved Warwick and tipping his hat to his tragic midlane career on jungle Karthus, Saint would spearhead Curse Academy’s return into the LCS. Once infamous for his farm-heavy ways, Saint will now often build Sightstone on even nominal carry champions like Warwick or Kha’Zix. Saint plays a big role in the team’s overall synergy, which I will discuss later. For now, let’s just say that if Saint’s initiations are on-point, expect Gravity Gaming to live up to our high expectations.

For all the talk of Pobelter and WildTurtle, fan favorite Keane is possibly the greatest solo queue player in North America right now. The man has travelled the world and peaked as top 5 in both NA/KR while achieving the number 1 rank in the Oceanic region. His quartet of Kassadin, Hecarim, Orianna, and Nidalee were feared worldwide, but reworks to two of his characters left his champion pool barren during the first portion of his stint on Curse Academy. This was particularly highlighted during their series against CLG. Keane’s impressive Orianna ults keyed their first two victories, but when CLG began picking the champion away from him, his star dwindled. However, his time in the expansion tournament was very impressive. He didn’t have to turn to the Lady of Clockwork once – his play on Zed and Kassadin were more than enough to take care of his opponents, and he showed an increase willingness to turn towards his deadly pocket Hecarim pick. If this newfound versatility is the result of real improvement rather than simply weaker opponents, Keane has a chance to blossom into a true superstar.

In many ways, the question of whether or not their games will translate to an LCS level is what defines Gravity Gaming. The first three players I’ve discussed all have the potential to be great, but each comes with their questions and concerns. It may shock fans, but I think that Cop has the same potential. Cop’s famous “consistency” can best be described at this point as a backhanded compliment. Neither his laning nor his teamfighting are spectacular, but his passive playstyle also makes it extremely unlikely that Cop will throw the game for his team. In spite of all this, it’s important to note that Cop’s greatest period of professional play actually came with current support BunnyFuFuu playing in the bottom lane – his newfound confidence and aggression during last year’s Spring Split shocked spectators and earned him many fans. His results during the expansion tournament were mixed, but more games with BunnyFuFuu might return Cop to his peak form.

In Saint’s Summoning Insight appearance, he claimed that BunnyFuFuu would eventually become the best support in North America. As of now, it still looks like an overaggressive prediction, but Bunny’s evolution from solo queue Thresh god into a genuine star support has been a pleasure to watch over the last year. Many of Curse Academy’s wins in the Challenger scene came from their bottom lane duo of Impactful and Bunny. Morgana has become another must-ban champion against Bunny, and her status as Thresh’s premier counter means that opponents are almost always forced to ban at least one champion against him. His play on both Janna and Nami has also impressed. The best part about Bunny is that in spite of his aggression, he rarely overextends or gets caught out. These traits play a big part in stabilizing on an occasionally unpolished Gravity team.

How they got here:

The team began with a somewhat laughable “scandal”, as many fans were upset that fan favorite Chaox was passed over by Saintvicious for Challenger player Impactful. (Funnily enough, Impactful would go onto make coL’s expansion roster after leaving Curse Academy, once again being picked up over Chaox.) After a very lukewarm Challenger split, the team would cut mancloud in favor of Oceanic superstar Keane. Keane would be a relevation in the Challenger playoffs, particularly on Orianna and Corki. Curse Academy entered the series against CLG looking very different from the team that once struggled against mid-tier Challenger sides. Unfortunately, the team would lose a heartbreaking 3-2 series after taking a 2-0 lead.

Entering the promotion tournament with solid upgrades in Hauntzer (for top lane) and Cop (for AD Carry) Curse Academy would romp through the tournament, easily capturing the 9th LCS spot. Because of the parent organization rules, Curse Academy would have to find a new sponsor, ultimately joining up with Gravity Gaming.

Biggest Headline: How will their playstyle translate to the LCS?

The truth is that Gravity Gaming’s best games have all come against teams that are hard to measure in a very short period of time. After a very lukewarm Challenger season, many analysts rightfully dismissed Gravity as a serious contender for the LCS, but ever since the fateful series against CLG, we have seen an all-new Gravity Gaming. Gravity’s players have a seemingly innate synergy with each other that has allowed them to seize victory even when down 3-4k gold.

However, these undeniably successful games have come against a very weak crowd: a slumping CLG and three Challenger teams. While it certainly looks like Gravity is a step ahead of the various struggling teams in North America, it’s possible that their playstyle simply cannot be executed at an LCS level. None of their lanes are particularly dominant, and the team has a baffling tendency either to get caught out before teamfights or to force hasty and improper engages. It’s quite possible that the higher level LCS teams will be able to crush Gravity simply by outlaning or outrotating them while playing around their uncanny teamfighting ability. It’s also possible that analysts have overrated the addition of Cop over Impactful. In spite of Impactful’s terrible performance at promotions, his teamfighting ability played a big part in many of their Challenger series wins.

Right now, the team is defined by the strong playmaking and vision control of Saintvicious and BunnyFuFuu. Often, Gravity is often able to force their desired teamfights simply because they have more information than the other team. It’s also important to note that Gravity also excels in pick situations for similar reasons. Neither of their main playmakers is afraid to take surprising risks, even very early in the game, to get their team the lead.

At the same time, the trio of Hauntzer, Keane, and Cop provides a base for the team. Gravity always relies on them to do fulfill consistent roles in teamfights. Hauntzer will zone the backline and tank for his team. Keane often serves a secondary engage role, even on champions like Zed or Kassadin. Lastly, Cop provides his vaunted backline damage to clean up the fights. In addition, to this great understanding of their roles, all of Gravity’s members are above-average mechanically. (While Saint’s lack of Smiting skills has been a community meme for a long time, he has never struggled otherwise on a mechanical level.) In fact, if many of Gravity’s players have the potential to blossom into true superstars and power Gravity into a coveted top 3 spot.

Keane graded out as the 6th best Mid in the NA LCS. Hauntzer was rated the 7th best Top Laner, and Saint the 6th best Jungler. The bot lane combo of Cop and Bunny worked out to be the 5th best duo, a figure perfectly in line with Cop’s reputation as your average LCS ADC. These rankings might seem odd for a team we have placing 4th, but Gravity has always seemed like a team that is greater than the sum of their parts. Gravity is exceptional at team fighting and it’s pretty common to see them come back from early deficits via large scale team fights around the dragon pit. What Saint may lack in top tier mechanics he makes up in game sense and shot calling, making Gravity a significant threat in a league filled with teams trying to fit in new parts

Gravity come into the LCS with a lot of question marks, but I believe their teamfighting and high potential will be the trump cards that propels Gravity into an SK-like run from irrelevance to prominence.