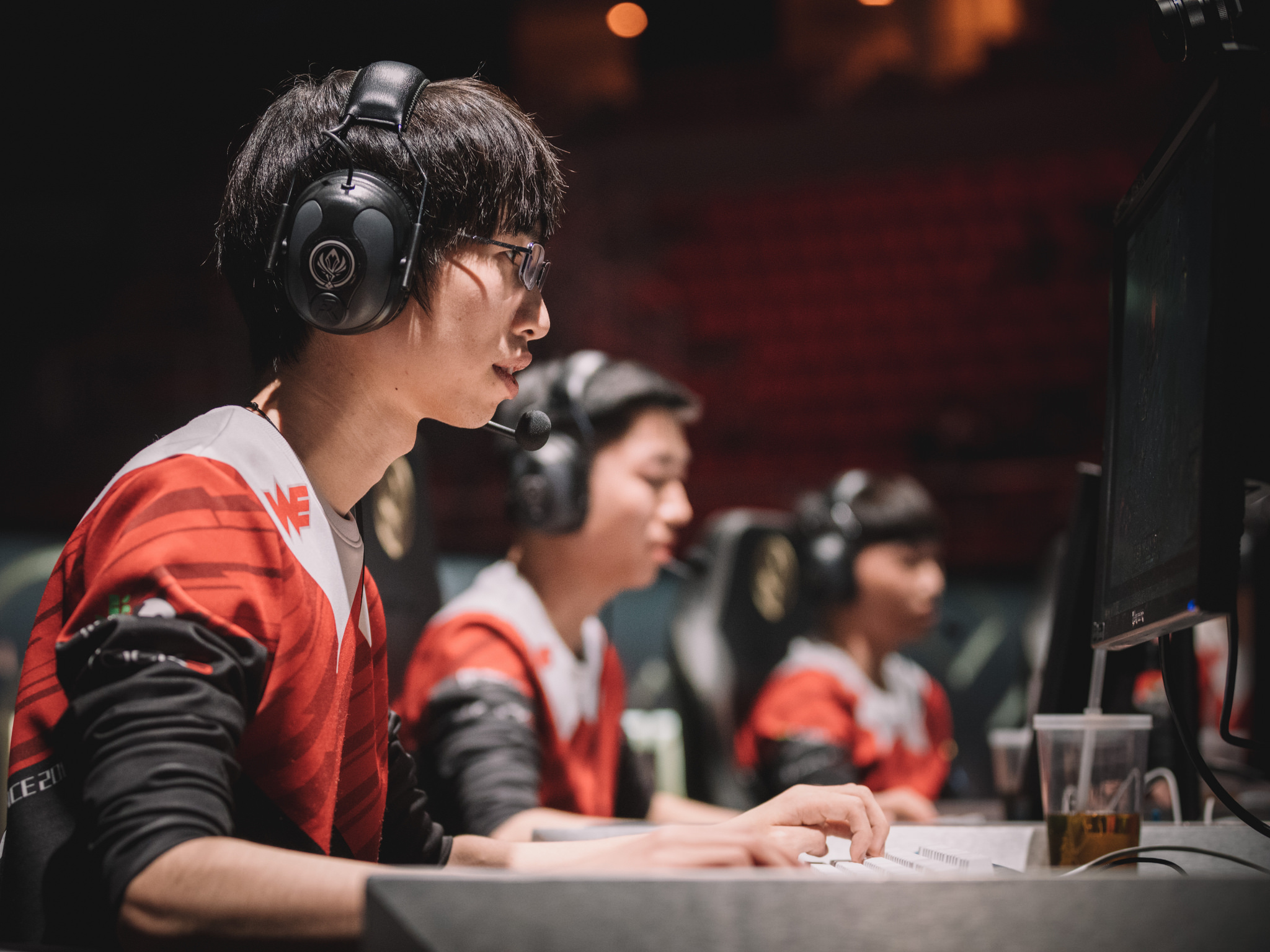 Team WE of the LPL punished an aggressive G2 Esports, from the EU LCS, to take an important win on the fourth day of MSI.

Team WE and G2 Esports were both fighting for second place in the group stage. A win would boost either team’s chances at progressing to the group stage in such a tight knit group.

G2 secured first blood after a messy team fight in the botlane. G2 had been winning the fight until Team WE’s jungler arrived to try and turn the fight around in the team’s favour. G2 though stayed composed, and poked out Team WE’s members to take a kill and get out with their lives.

G2’s jungler, Kim “Trick” Gang-yun, looked to further increase G2’s lead by ganking the midlane with G2’s toplaner Ki “Expect” Dae-han, teleporting in as Shen to offer some support. Team WE, though, were able to stop the Shen teleport and punish G2 Esports, picking themselves up a kill to reset the gold lead G2 has accumulated.

A successful invade by Team WE in the botlane gifts the team three kills and a tower to gain Team WE a substantial lead.

Team WE cycled to the midlane to take another tower and pick up two kills. G2 were not communicating well—half the team tried to engage while the others looked to pull back and regroup, not wanting to fight Team WE at all.

It was another instance of G2 Esports not respecting their opponents and being overly aggressive. G2 never seemed to be on the same page or working as a team, which Team WE were able to easily punish. Team WE used the early game advantage to take vision control of G2’s top jungle, and take the Baron. G2 sacrificed two members in an attempted steal of the buff but couldn’t contest this overwhelming WE side that had total control of the match.

Team WE used the buff to break apart G2’s base, take two inhibitors and both Nexus towers to put Team WE on the brink of the team’s fourth win of the tournament.

A final desperate play in the top lane by G2 finally ended the game. Team WE won the team fight and took the Nexus after a clean performance.

Team WE will now face Flash Wolves of the LMS in the last game of the day. A win will secure Team WE a place in the top four.