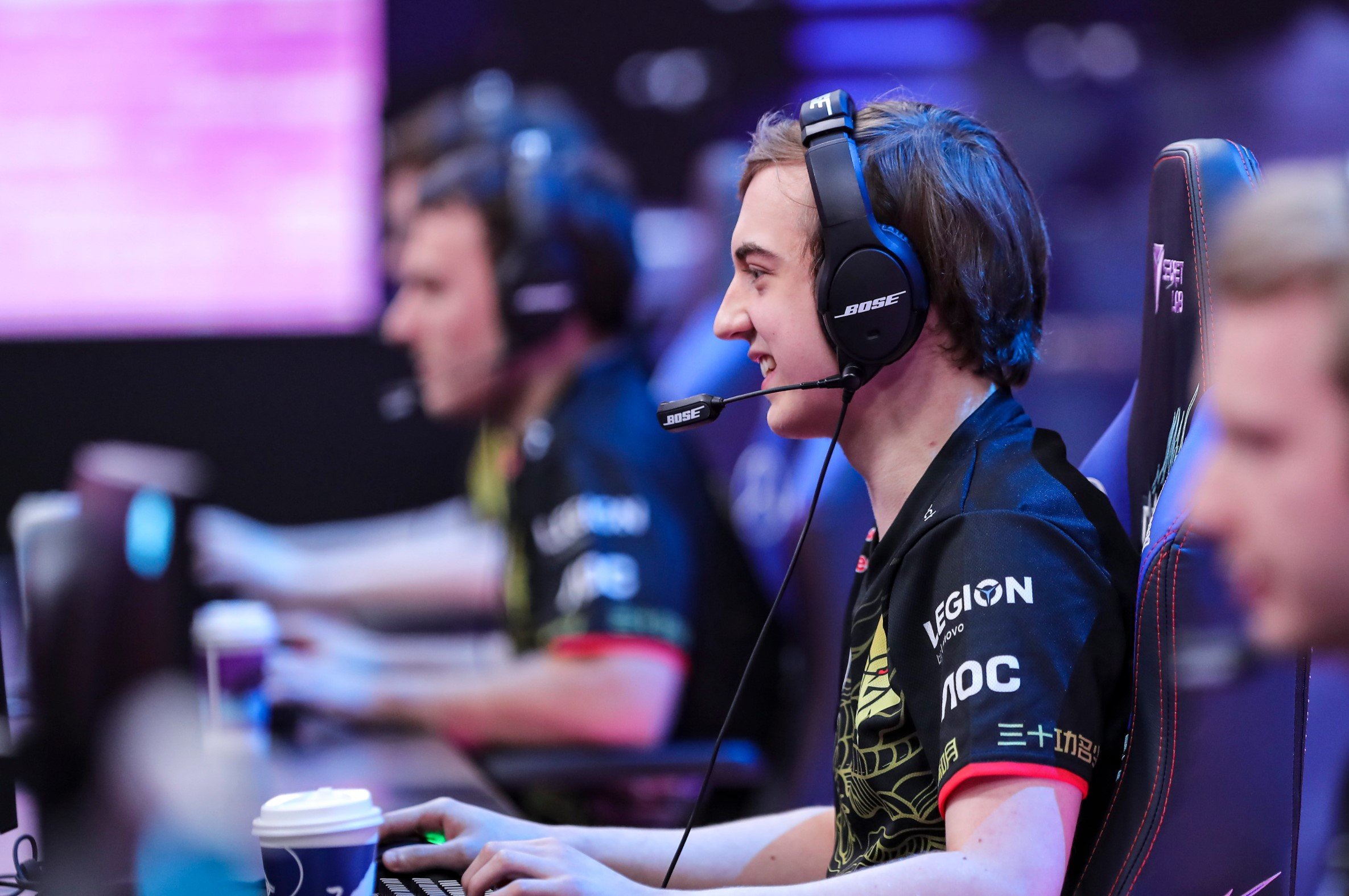 The quarterfinals of the 2020 League of Legends World Championship are nearly complete. With just one matchup left on the slate for the weekend, the field of semifinal representatives will be fully decided on Sunday, Oct. 18. That final matchup will see G2 Esports and Gen.G go head to head in a battle for a slot in the top four, where DAMWON Gaming will be waiting on the horizon.

Although the two storied organizations have never met before on the international stage, there’s still plenty to explore in a matchup that’s sure to be filled to the brim with narrative storylines and chances for redemption across the board.

G2 and the concept of natural progression

For the better part of the last three years, Europe has been closing in on the rest of the world. In the context of “the gap” between Eastern and Western teams competing in professional League, the European pro scene has been making great strides toward catching up with—and potentially surpassing—the organizations on the other side of the globe.

But if there’s one European team that’s made significantly quicker progress when it comes to giving the West some semblance of hope against the dynasty that China and Korea have forged over the course of the last 10 years, it’s G2. After making an appearance in the 2018 Worlds semifinals, the team one-upped itself with a finals appearance the next year. If things were to progress naturally, the only thing left for G2 to do would be to actually win the tournament altogether.

But reaching a second consecutive Worlds finals won’t be an easy task for G2, especially considering the team finished second in Group A, giving it a disadvantageous placing in the broader context of the bracket. With that in mind, G2 are the lone Western team on their side of the bracket and just one of two Western teams to reach the top eight. Only the team’s league-mate, Fnatic, reached the quarterfinals as well. What’s even more frightening for G2 is that if the squad were to topple over Gen.G, the opposition doesn’t get any easier from there.

But that’s not to say that history isn’t on G2’s side. Despite the fact that the road to the Summoner’s Cup runs straight through Korea (and eventually China), G2 has had the most experience against LCK and LPL teams out of any Western org since 2018. With 18 matches against teams from those regions over the course of the last three years, G2 are most definitely experienced when it comes to challenging teams that have dominated the landscape of professional League for the last nine years.

With a match record of only 9-9 (and a game record of 17-20) over that span, G2 have shown that they can get close to dethroning Eastern competition, but ultimately fall short of the mark when given the chance to do so.

If there’s been one certainty for G2 over the course of the last few years, however, it’s been finding success against Korean powerhouses. Apart from the heartbreaking 3-0 losses to LPL teams that sent G2 packing in back-to-back years, they’ve been able to rack up wins against Korean squads in dominant fashion.

G2 haven’t lost a best-of-five series to an LCK team since 2017 when they fell to SK Telecom at that year’s Mid-Season Invitational. Since then, though, G2 have gone on an impressive winning streak against the LCK, winning three consecutive series against the region in 2019 while putting up a record of 9-5 against Korean teams since 2018.

If anything, G2’s consistent success against the LCK should be a reason to believe that even though the LEC champions are considered the “underdog” in this matchup, it’d be foolish to count the squad out.

Matchup to watch: Jankos vs. Clid

If there’s one matchup to keep an eye on throughout the course of this series, it’s the jungle showdown between Jankos and Clid. While these two teams are going to be facing off for the first time on Oct. 18, that’s not to say that the players are entirely unfamiliar with each other.

Jankos and Clid, in particular, faced off on multiple occasions last season when Clid was the starting jungler for SKT. In both of those instances, once at MSI and the other at Worlds, Jankos and Clid went fairly even. Despite the fact that G2 won both of those series on Jankos’ back, Clid played better in most major statistical departments when compared to Jankos.

Throughout the course of both series, Clid outperformed Jankos when it came to KDA and DPM, edging out his European counterpart by an average of 0.5 points when it came to KDA, while completely blowing him out of the water in the damage per minute category. An average of 105.5 points of damage separated the two junglers across both best-of-fives, according to League stats website gol.gg. Still, G2 won both meetings, knocking Clid’s accomplishments down a peg.

Now, one year removed from their performances, both players will have the chance to showcase which of them got the better read on their opponent across the span of last year. Jankos finds himself in a position where he’s able to focus on the one opponent transferring over from last year’s matches against LCK representatives, while Clid has been thrown into an entirely new landscape, facing off against extremely familiar opponents.

Out of all the Western teams he’s faced off against throughout his career, Clid has a supreme amount of experience against G2—especially considering that the roster hasn’t changed at all over the last two years. Despite the fact that Clid has been transplanted elsewhere, his opponents in G2 have remained stagnant from then to now.

And if Gen.G are going to find success against G2, subsequently breaking the LCK’s dry spell against the European superteam, it’s going to be found through Clid. In best-of-five scenarios, knowledge of the opponent is a major factor in deciding which team ends up on top. Clid, with his knowledge and experience surrounding the G2 matchup, could just be the X factor that pushes the LCK third seed over the finish line.

The road doesn’t get easier from here

During last year’s World Championship, G2 and DWG went head-to-head in the tournament’s quarterfinal stage, where G2 won 3-1. If the two teams were to face off again in 2020, it’d be a nearly identical rematch to last year’s matchup considering the only roster change made from last year to this year involving those two teams was DWG replacing Nuclear with Ghost at the ADC position.

But roster changes don’t necessarily tell the full story. In the case of DWG, the team made massive improvements from 2019 to now. Foundational players like Nuguri and ShowMaker have only gotten stronger and more experienced after a solid performance at last year’s tournament. In the span of just one year, DWG has gone from “contender” to “favorite” at the World Championship. And after beating up on DRX in three relatively easy games earlier this week, there’s no reason to believe that DWG shouldn’t repeat their performance in the semifinals—regardless of their opponent.

If Gen.G topple over G2, a much tougher opponent in DWG would most certainly be a step up from the LEC champion. In the case of Gen.G, a team that’s won three out of four matchups against DWG this season, another shot at the LCK champions would be a situation that the team could potentially make the most of. But with the absolute tear that DWG have been on as of late in mind, a potential semifinal series would be tougher for Gen.G than the four best-of-threes they played during the 2020 regular season.

Additionally, the last time the two squads faced off, DWG secured the victory for the first time all season. Gen.G have failed to take a match off of DWG since late June, making the implications of an impending semifinal match swing even further in DWG’s favor.

The journey through the bracket begins

Since the start of the season, 2020 has been set up as the year when G2 finally cashes in on all of the missed opportunities that the organization has accumulated over the course of the last few years and finally wins a World title. With an ocean of Eastern talent lining the bracket, G2 will have to do everything in their power to overcome the teams that have held down the greater landscape of professional League forever.

In the case of Gen.G, the team’s true test will lie in the road to come. If Gen.G can beat G2 this weekend, a potential matchup against DWG would serve as an opportunity for the team to prove their dominance over the LCK. To further that concept, an eventual matchup against one of the two remaining LPL teams on the other side of the bracket in the finals would be Gen.G’s chance to prove that Korea, as a region, has bounced back from a few years of Chinese supremacy.

Regardless of the future, though, both Gen.G and G2 have the chance to prove themselves in a quarterfinal matchup that’s sure to set the stage for the remainder of the tournament. Gen.G and G2 will square off on Sunday, Oct. 18 at 5am CT.