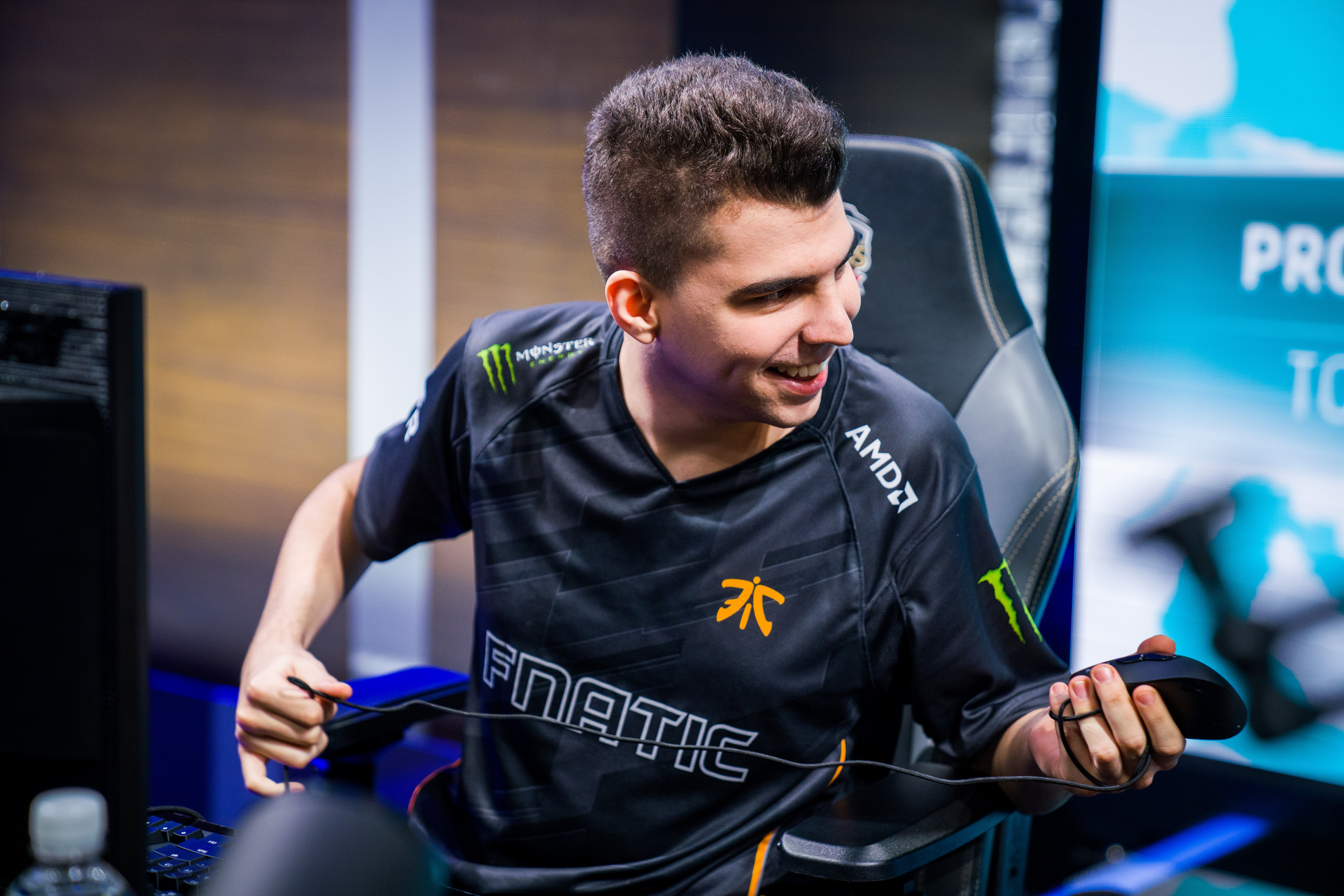 Fnatic beat Unicorns of Love today in the EU LCS to lock up the first seed in the 2018 Spring Split.

Heading into the matchup, Fnatic already guaranteed their spot in the playoffs at the end of the season and decided to shake up their team a bit, as top lane rookie Gabriel “Bwipo” Rau made his Fnatic debut on stage.

The top laner played Sion in his impressive debut, outshining Unicorns of Love’s Matti “WhiteKnight” Sormunen for most of the game. Bwipo also picked up first blood within the opening five minutes.

Fnatic focused their attention on the top lane for most of the early game, keeping Bwipo ahead in CS while taking the top tower in under 10 minutes. After securing the tower, Fnatic used their top lane dominance to take the Rift Herald and begin their assault in the other lanes.

After taking an early lead, Fnatic began to group up and pick off the Unicorns of Love in their own jungle, slowly taking complete control of the objectives on the map by securing multiple elemental drakes and towers on their way to a clean victory.

By the 30-minute mark, Fnatic had a 7,000 gold lead, a Baron buff, and were breaking their way into the Unicorns’ base to secure the first seed in the EU LCS with a week to spare.

This loss leaves the Unicorns’ fate in the hands of the other teams in the EU LCS. The Unicorns of Love will need to win their next two games and hope results in other matches go in their favor in order to secure a spot in the playoffs at the end of the season.