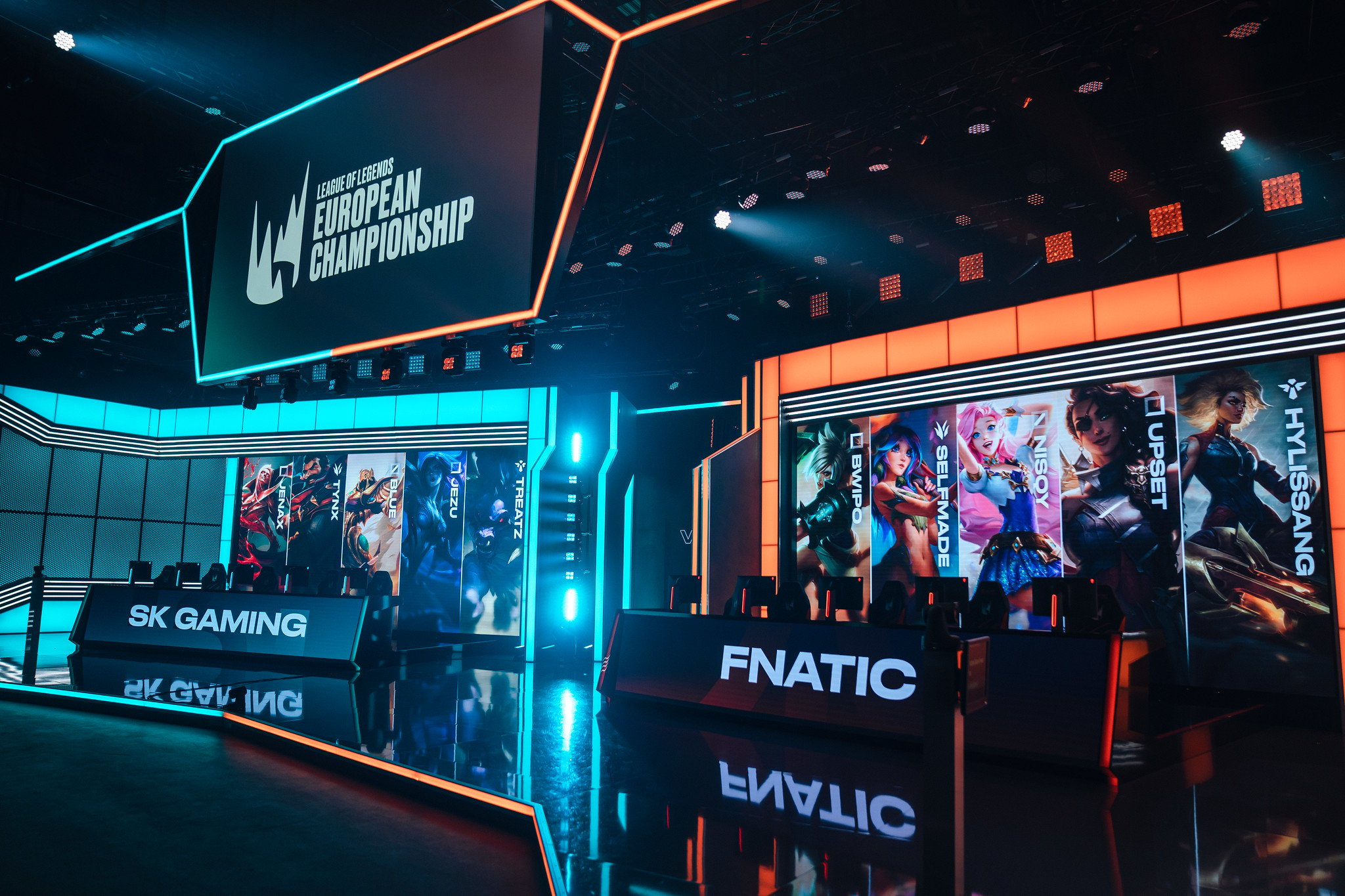 It’s been a long two weeks since European League of Legends fans have seen the wonderful world of the LEC. But now, the playoffs are finally set to begin tomorrow.

It also helps that the first matchup we’ll get to see on March 26 has one of the region’s most popular teams, Fnatic, facing off against SK Gaming. Both rosters have to prove themselves by starting their run to the championship in the lower bracket of the tournament since they didn’t have the best performance during the regular season. But that doesn’t mean this matchup won’t be a fiery start to the postseason.

In this series, two of the most unsteady lineups will be facing off against each other. And as a result, there’s a lot that could happen.

Here’s a quick rundown of what to look for when this showdown kicks off tomorrow.

At first glance, Fnatic look like the odds-on favorites to win this series based purely on the roster’s firepower. When comparing lineups, there’s simply too much best-of-five playoff experience across the entire roster to doubt the outcome of this match.

Fnatic won both matches against SK this season and their victories were pretty decisive each time. Upset, for example, finished both games with double-digit kills. Bwipo even brought out his Riven in their first meeting to demoralize and dominate his opposition with 11 kills of his own.

Additionally, SK have statistically looked like one of the weakest teams heading into the LEC playoffs. Out of the six playoff teams, SK has the only roster with an average gold deficit at 15 minutes, according to Oracle’s Elixir. They’re also last in almost every objective control rate among playoff teams.

On top of that, Fnatic has one of the most aggressive teams in the LEC with the highest average combined kills per minute in the league. SK, on the other hand, have one of the lowest CKPM of the playoff teams. Players like Hylissang and Selfmade will want to suffocate their opposition with constant pressure across the map, forcing them into fights and pushing them to play into their style.

As a result, it makes perfect sense to vote against SK since things seem so far out of their favor. But there are still plenty of ways in which they could let the game come to them instead.

In many ways, Fnatic have been their own worst enemy this entire season. And during the playoffs, this might not change too much. Yes, they might be one of the most aggressive teams in the league, but they’ve fought their way to the most deaths in the LEC as well.

The team tends to fight way too often, leading to mistakes like botched tower dives and unnecessary engages that end up setting them back more than they planned. For SK, this could be one of the big venues for them to get a leg up on their opposition this weekend.

Fnatic actually have the worst mid-to-late game rating of any team in the playoffs, according to Oracle’s Elixir, which is partly due to their decision-making as the game starts to ramp up. If SK want to get an advantage, they need to let Fnatic bring the fight to them and punish them when they push too far.

SK should aim to draft a composition that can throw some counter-punches early and avoid forcing plays throughout the game. By playing for the counter-gank, SK could exploit Fnatic’s tendency to overreach and gain leads through reactivity. TynX also spends a lot of time around his laners, which only helps this strategy.

Ultimately, Fnatic’s experience and firepower should be too much for SK to handle and the team’s veterans should be able to take over if they get a bit more comfortable as the games go on. But this likely won’t be a clear-cut 3-0 series.

It shouldn’t come as a surprise to anyone if these matches devolve into bloodbaths. And at that point, it’s anyone’s game. If SK can stay patient, there’s a chance that they could snatch away some games with some good counterplay. If Fnatic refuse to cool down on their aggression, then we might be looking at an upset just waiting to happen.

You can catch all the action when the 2021 LEC Spring Split playoffs begin on Friday, March 26 at 12pm CT.