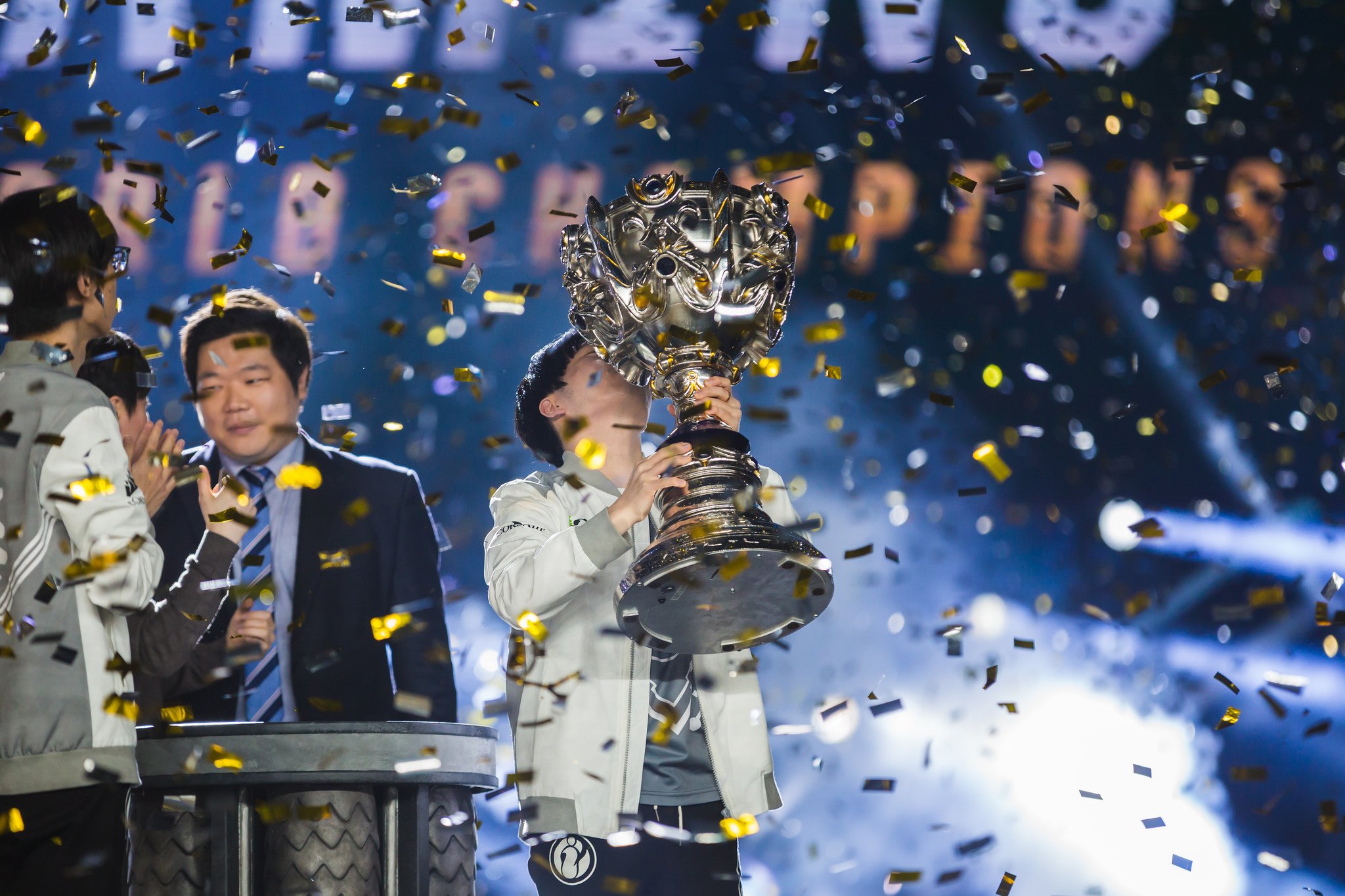 There was a lot of hype riding on the back of the 2018 League of Legends World Championship finals between Fnatic and Invictus Gaming last week.

For LCS fans, however, most of that hype was with Fnatic. And when they lost in a rather depressing 0-3 series, there was nothing but blind disappointment that Fnatic had failed to bring home the first western Worlds victory since season one.

Here are five reasons for LCS fans to be happy about Worlds, regardless of IG winning.

1) Korea wasn’t in the finals

For anyone watching previous World Championships, LCS fans included, there was an overall sense of boredom with the finals. That sense of boredom stemmed from a mentality of, “Oh great, another Korea vs. Korea finals.” For hardcore fans who just appreciate the game played at the highest level, that wasn’t an issue, but most fans aren’t that involved.

Not only did this year feature a non-Korean team in the finals for the first time since 2014, but there wasn’t even one team from the LCK there. And that hasn’t happened since season one, where Korea wasn’t included in the tournament at all. An IG-Fnatic final was a breath of fresh air, no matter who you were rooting for, and regardless of who won, a new region would be crowned the kings of League.

If you haven’t heard of Invictus’ superstar mid laner Song “Rookie” Eui-jin by now, you clearly haven’t watched much of Worlds. He is, without a doubt, the best mid laner in the entire world, and he might even be the best player in the world. At least, he’s in the conversation. The thing is, though, he’s been trying for so very long to get his hands on an international title, because until he could do that, there’s no way he’d ever be taken seriously in the same conversation as Lee “Faker” Sang-hyeok.

He’s really damn good, and he’s stuck with IG since leaving Korea in 2014. Seeing him finally carry his team to the crown was nothing short of heartwarming. That’s the sort of story fans of any sport or competitive gaming league can get behind.

3) Year of the underdogs

It’s the Chinese Year of the Dog, and the teams competing at Worlds did their best to prove it. Teams such as Vitality, Cloud9, and G2 Esports weren’t supposed to be able to accomplish anything on the international stage. G2 and Vitality had both struggled to accomplish anything real at home in the EU LCS, and Cloud9’s long win-streak in the NA LCS regular season was immediately voided when they were utterly buried by Liquid in the finals.

All three teams seemed to know this, because they played with a confidence and bravado that could only be explained by one thing—there was absolutely no pressure riding on their shoulders. They pulled out weird picks, played fast and hard, and the result was extraordinary. Cloud9 and G2 both made it to the semifinals, they collectively upset titans like Gen.G and RNG, and the games were extremely entertaining to watch. Even though an LCS team didn’t win the throne, the LCS as a whole showed up in a very impressive way.

4) The meta came to life

The meta at the 2018 World Championship was unlike anything we’ve seen before. Nearly every champion in the game was played, and that’s extra impressive considering there are around 140 champions in League.

Aside from Aatrox and Urgot, pretty much anything could be played as long as it worked in a team’s strategy. They were just so damn OP that they were almost always played or banned, but they at least didn’t define the meta like the enchanter supports of 2017.

If a team wanted to run a burst or traditional marksman, they could. Bot lane mage? Lock in Heimerdinger. Mid lane assassin, control mage, or even tank? You’ve got options. There was a little something for everyone, and that made individual skill much more important than macro, which is opposite of how it was in the past. That’s ultimately why everything was so fast-paced and unpredictable, and we wouldn’t have changed it even a little.

5) It was still China’s first

When we say the finals were an “East vs. West” type of skirmish, we’re not wrong, but it wasn’t the same as it would have been if it were the LCS against a Korean team. Why? Because Korea—specifically Samsung and SK Telecom T1—was the region that always won, and the other eastern regions had nothing to do with that for the most part. It was still objectively an east vs. west battle, and there was still regional significance on the line as China and Europe needed to prove which was the second-best overall region, but don’t let that take away from how exciting IG winning Worlds was.

As often as China is lumped into the east as part of the east. vs. west debate, this was still a tremendous victory for them. They aren’t Korea, who have won a billion and two Worlds titles. In fact, before IG, China hadn’t won a single Worlds title. The LPL were just as much the underdog here as Fnatic and the EU LCS. That fact was just overlooked by RNG being favorites to win the whole tournament.