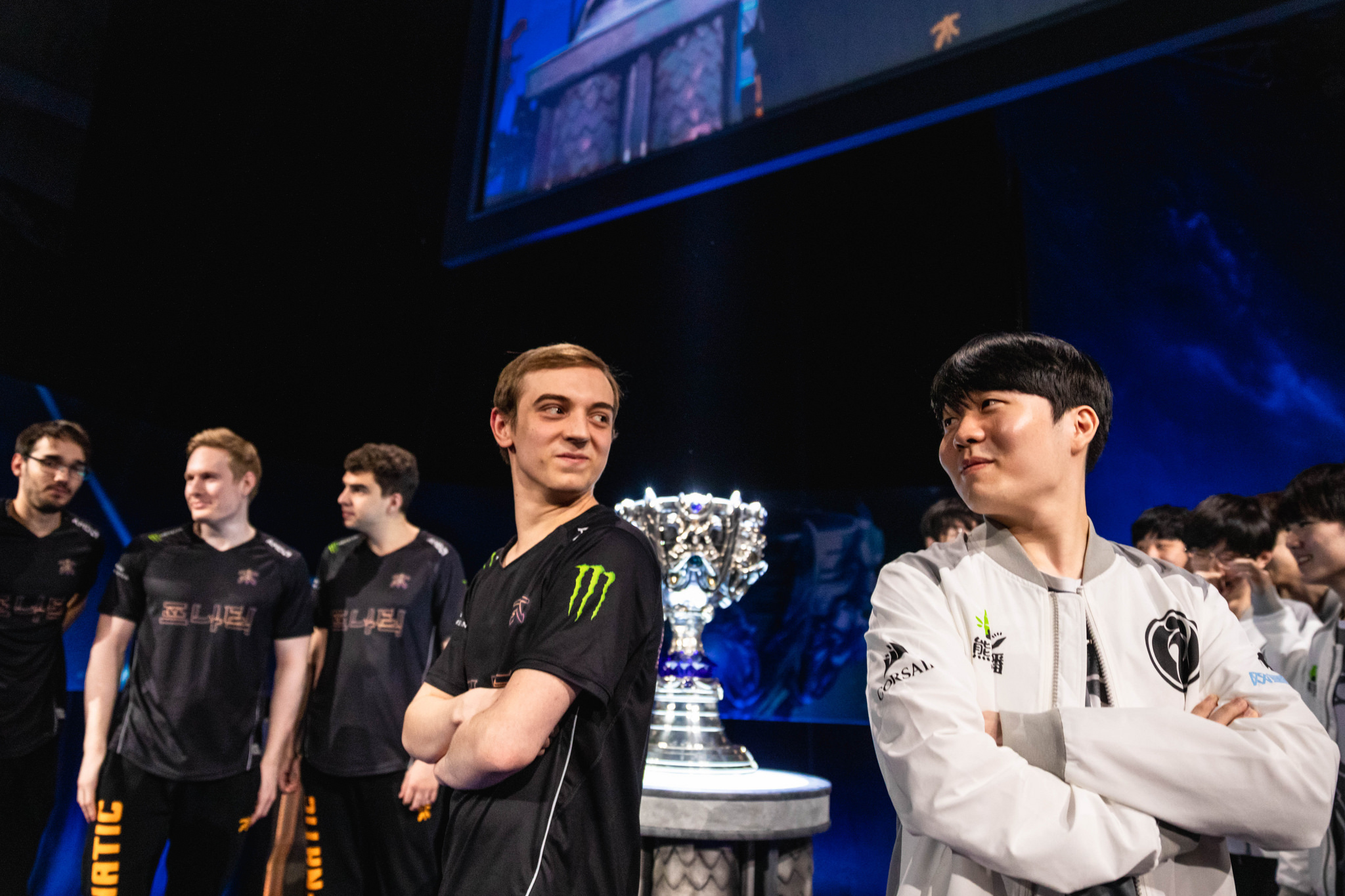 The 2018 League of Legends World Championship finals kicks off this Saturday at 2:30am CT—and it’s set to be one of the most exciting Worlds finals the League esports community will ever witness. There are a ton of reasons to be amped up, including the fact that this is the first non-Korean finals since 2011 (and Korea wasn’t even in attendance so that doesn’t really count).

There are some fans out there who aren’t feeling it, though. Whether those fans are just bummed that SK Telecom T1 aren’t here or are maybe salty TSM fans who won’t watch out of spite, we’ve prepared a little something for them to get into the holiday spirit—some really cool plays. Fnatic’s Rasmus “Caps” Winther and Invictus Gaming’s Song “Rookie” Eui-jin might just be two of the best mid laners in the world (Rookie might be the best), and for that, they’re undoubtedly the featured matchup of the series.

They’ve earned that reputation through countless mind-boggling plays over the years, and here are some of the best.

During one of the first EU LCS games of the 2018 season, Caps decided to whip out Zoe, a relatively new champion at the time, against H2k-Gaming. The game was intense, with Fnatic clinging onto life through picks here and there, but H2k still maintained consistent control, even if only barely. This massive shutdown by Caps was Vlad’s first death.

2) Juked out of their cheap Nikes

Some great plays are Pentakills, and others are simply avoiding death. This one is the latter. Caps gets focused often by enemy junglers, as he’s Fnatic’s best player and is in the conversation for best European player altogether. To get locked down by a Sejuani means almost guaranteed death given the amount of tools she has to do so. In other words, Caps couldn’t let her even begin the CC chain. We’d say he definitely did alright.

3) Fighting to run away

There are certain situations in League that you run into expecting to die, or at least expecting to not get a kill. One example is when you need to stall a siege or protect a tower, and that’s exactly what Caps did here. He knew he couldn’t win a one-vs-three outright, but he could dive in and evade them long enough to save the tower. Fortunately for him, he’s Caps, so he also walked out with a kill.

Caps wasn’t having an incredible game by any means against Cloud9 in this Worlds match last week. But if you’re a good Azir player, you can turn that around in an instant with some quick feet and a bunched-up backline. Caps had both of those things here, and went from 3-2 to 7-2 in the blink of an eye with an incredible Quadrakill.

There are some plays that are just so incredible that you think of them whenever you think of a specific season or tournament. For Worlds 2016, it was Kim “PraY” Jong-in’s Ashe arrow. For the 2018 EU LCS Summer Split, it was this play from Caps on mid lane Vayne. Yes, you read that correctly—mid lane Vayne.

1) This is why everyone hates Yasuo

Yasuo is a pain in the ass, and here’s why. Either someone insta-locks it in solo queue and ints, or someone like Rookie locks it in on the pro stage and pulls off a miracle, and there’s no middle ground. To fully understand what happens here, you may need to slow it down a tad, but he slashes mid-dash so he’s right in between three enemies with his tornado triggering at the same time. There’s only a millisecond window to pull a maneuver like that off, and leave it to Rookie to make it look easy.

Lee “Faker” Sang-hyeok is known for his stunning Orianna ultimates, but this play from Rookie gives the three-time world champion a run for his money. Similar to the Flash trick he pulled on Yasuo, he uses it again in the middle of his Orianna ultimate’s casting animation, causing it to pop right when he arrived on Vayne’s space. Rookie probably ate his Wheaties before this match.

We could make a package joke here, but instead, we’ll just ogle at how well Rookie played this long fight. Not many players would hold onto their Flash after their prey barely escapes them over a well, but by showing that discipline and patience, he was able to use the Flash a few seconds later to win the fight.

It’s always entertaining when a really good player uses their talent to just troll someone. We won’t ruin what happens here—just watch and bask in the glory that is Zoe with prolonged invulnerability.

We have to point out that IG ended up losing this game, but the fact that Rookie was able to almost put his team back in the running with this extended outplay is just so damn impressive. The difference between a good Irelia and a great Irelia is knowing how to time and manage your Q’s reset, and Rookie put that mastery on display in this late-game fight. Don’t worry, IG got their revenge at Worlds, so Rookie had the last laugh.