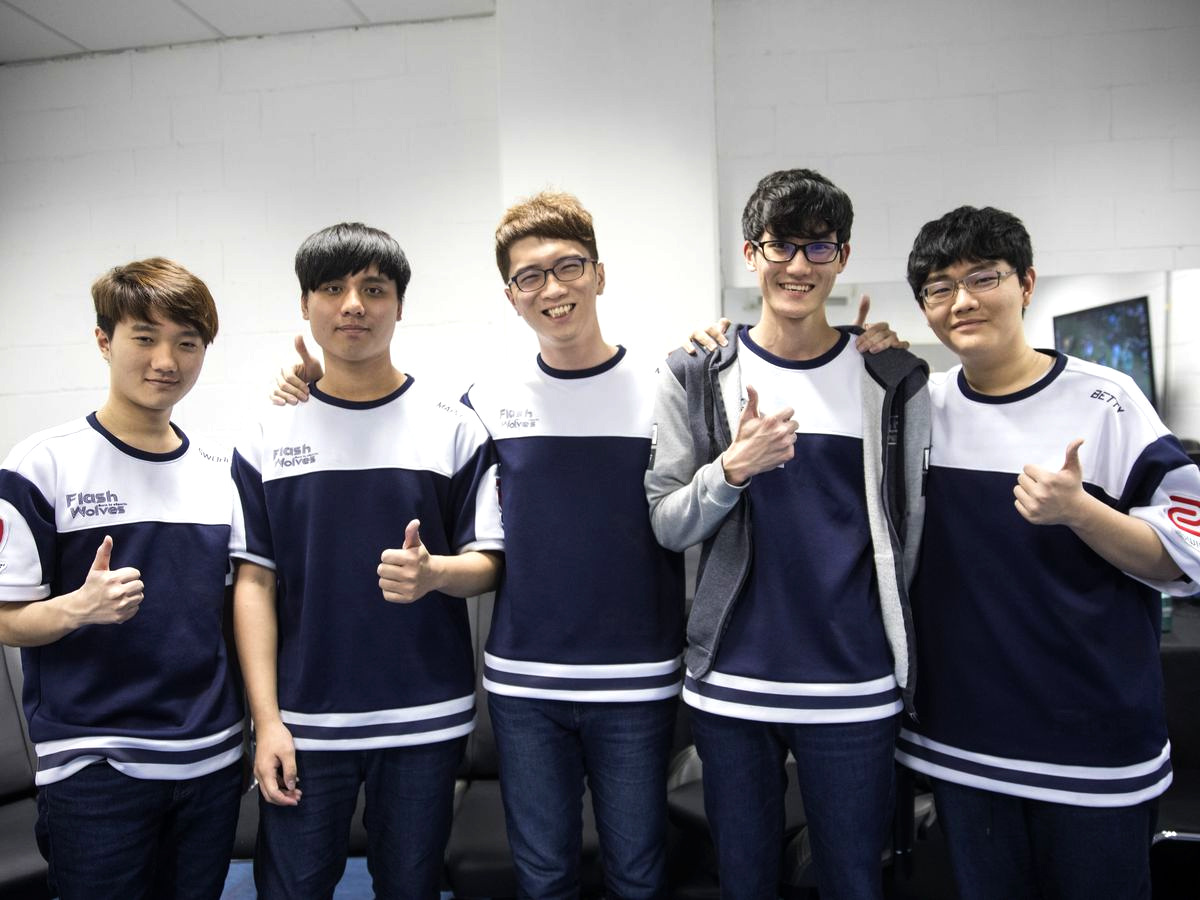 Flash Wolves vs. SK Telecom T1 was supposed to be the final.

Heading into Riot’s 2017 Mid-Season Invitational, Taiwan’s Flash Wolves and South Korea’s SKT were the presumptive favorites to dominate the tournament and meet in the last match. After all, Flash Wolves had finally broken through on the international stage, proving that they could beat both Asian and Western teams. And SKT was, well SKT. As the most successful team in the history of League, they are always expected to dominate.

At the end of the group stage, the Koreans did their part, going 8-2 and securing the top seed. But the Flash Wolves struggled mightily. Their biggest issue was consistency, going 0-2 on days one and three and requiring a tiebreaker over North American side TSM to secure their spot in the knockout round.

With the teams trending in opposite directions, what chance do the Flash Wolves have at unseating the defending champions in the semifinal?

For much of the tournament, Flash Wolves held on against other teams by playing scaling compositions that allowed them to punish mistakes. Some teams even think that will work against SKT. After all, SKT has won a bevy of titles by staying close for 20 or 30 minutes and then turning up the jets in one teamfight. Maybe a scaling composition would help neuter that. But the Flash Wolves have learned by experience that strategy doesn’t work.

The result was a catastrophe. Flash Wolves never had a chance in the solo lanes and also gave up the bot lane by picking Twitch, a low-range, scaling ADC. They were run off the map in a totally dominant SKT victory.

These problems were rectified in the second match. This time, Flash Wolves took the Fizz, ultimately swapping it to the top lane in favor of Syndra for mid laner Huang “Maple” Yi-tang. Having banned Syndra’s lane counter, Ekko, and drafted a powerful, pushing bot lane in Karma and Ashe, Flash Wolves were able to contest for vision as a team and shut down SKT. A few early kills made Maple unstoppable and not even Faker’s trusty Orianna could save his team.

The bot lane should continue to be heavily contested in picks and bans, particularly shielding ranged supports Lulu and Karma, by far the highest priority supports at MSI. It wouldn’t be surprising to see SKT try to ban them out and force both supports onto tanks. Hu “SwordArt” Huo-jie is a fine tank player, especially on Thresh, but Lee “Wolf” Jae-wan should have no problem with those picks.

Power in the middle

With the Flash Wolves duo unlikely to win the bot lane outright, they’ll need help from elsewhere. Flash Wolves’ past victories over SKT have come via a familiar formula: get ahead in the mid lane and jungle, weather the SKT push, and hope you have enough to finish.

Maple and jungler Hung “Karsa” Hua-hsuan are the two key figures in this arrangement. Both Maple and Faker like to shove the mid lane and roam. Their objectives differ: Faker likes to roam to set up his jungler for invades, while Maple and Karsa like to control river for play into the side lanes, particularly bot lane.

Karsa is fine playing a low-economy style in the early game, instead focusing on getting his lanes ahead. Peanut is nearly the opposite. His goal is to use map pressure to control the opposing jungler, steal camps, and ensure that when they do meet, whether in lane or in the jungle, he has a dueling advantage.

Karsa has favored Graves and Lee Sin, though the latter should be the priority pick against SKT. Not only does it take away Peanut’s best champion, but Lee suits his early pressure objective better. It will be interesting to see what Peanut’s response is if Flash Wolves do take Lee away. He hasn’t played Elise much this year, despite her being one of Lee’s standard counters as well as one of his most popular champions last year.

Maple, too, will need an early-game champion to help his bot lane. He’s had success against LCK teams in the past on scaling champs like Ryze, Azir, and Gangplank. His Syndra dominated SKT in their last meeting, but only because Flash Wolves hid the pick carefully, not allowing SKT to take a counter that could shove her out.

But it’s unlikely that Flash Wolves can win three games against SKT without exerting more pressure through the mid lane. It’s telling that in their elimination match against TSM, Maple chose to play Taliyah, someone who could disappear into fog and reappear in an instant to help his winning bot lane.

A third option would be for Maple to play an assassin. He dominated the LMS finals on the likes of Zed and Ahri. In contrast to last year, the MSI meta hasn’t been focused on pick comps, but that’s one way to neuter a team that builds around shields and teamfights.

The Flash Wolves are unlikely to beat SKT in a split push game. Huni is just miles ahead of Yu “MMD” Li-hung at this point. Opting into five-on-five teamfights is also dicey. Those will be more bearable if Flash Wolves do start fast and get a lead, but SKT has beaten better teams from behind. The Baron area is especially risky against a team with Peanut.

But if the Wolves can play around their vision control and pick of SKT members one-by-one, they have a chance. Peanut and Wolf have a habit of venturing into the enemy jungle for invades. They can be caught in no-man’s land. If the game goes long enough, even ADC Bae “Bang” Jun-sik can be found shifting forward into the enemy team to lay down some poke, an extremely dangerous move.

More than anything, a pick comp punishes opposing teams for their positioning mistakes. And Flash Wolves will need SKT to make those errors to win. If this sounds like grasping at straws, it is. SKT is the better team, both talent-wise and in terms of execution, and it will take a minor miracle for the Flash Wolves to get even two games.

Flash Wolves may not have enough firepower. But their history indicates they will make it interesting, and with Maple and Faker finally facing of in a best-of-five, at the very least we’ll get some fireworks.