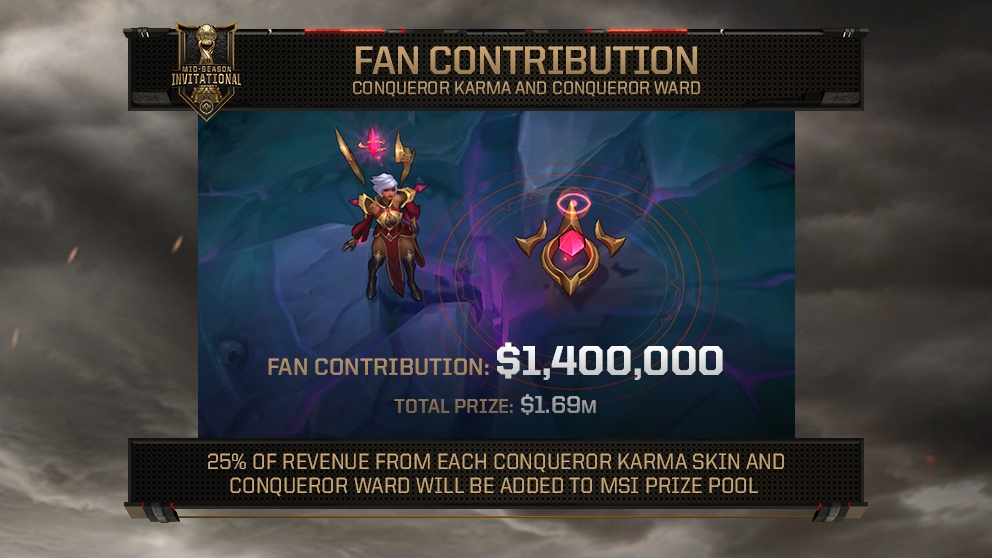 The total prize pool including Riot’s contribution is now about $1.7 million.

This year, hopefully fans of the teams at Worlds will be feeling just as generous, because SK Telecom T1 will probably win, and they need all the money they can get to keep Lee “Faker” Sang-hyeok around. It probably isn’t cheap to hold onto the world’s best player.

All jokes aside, revenue sharing like this is a great step for Riot to take with its professional competitive scene. In the future, it would be great to see more opportunities for revenue sharing from in-game items, like year-round team icons that give the teams a portion of the proceeds. More revenue sharing legitimizes playing League professionally as a stable career so more aspiring players and teams feel that their climb for greatness is worthwhile.

Fans clearly want to see their favorite teams succeed, or they wouldn’t have spent 728 million RP on a Karma skin. That, or they really like the skin.