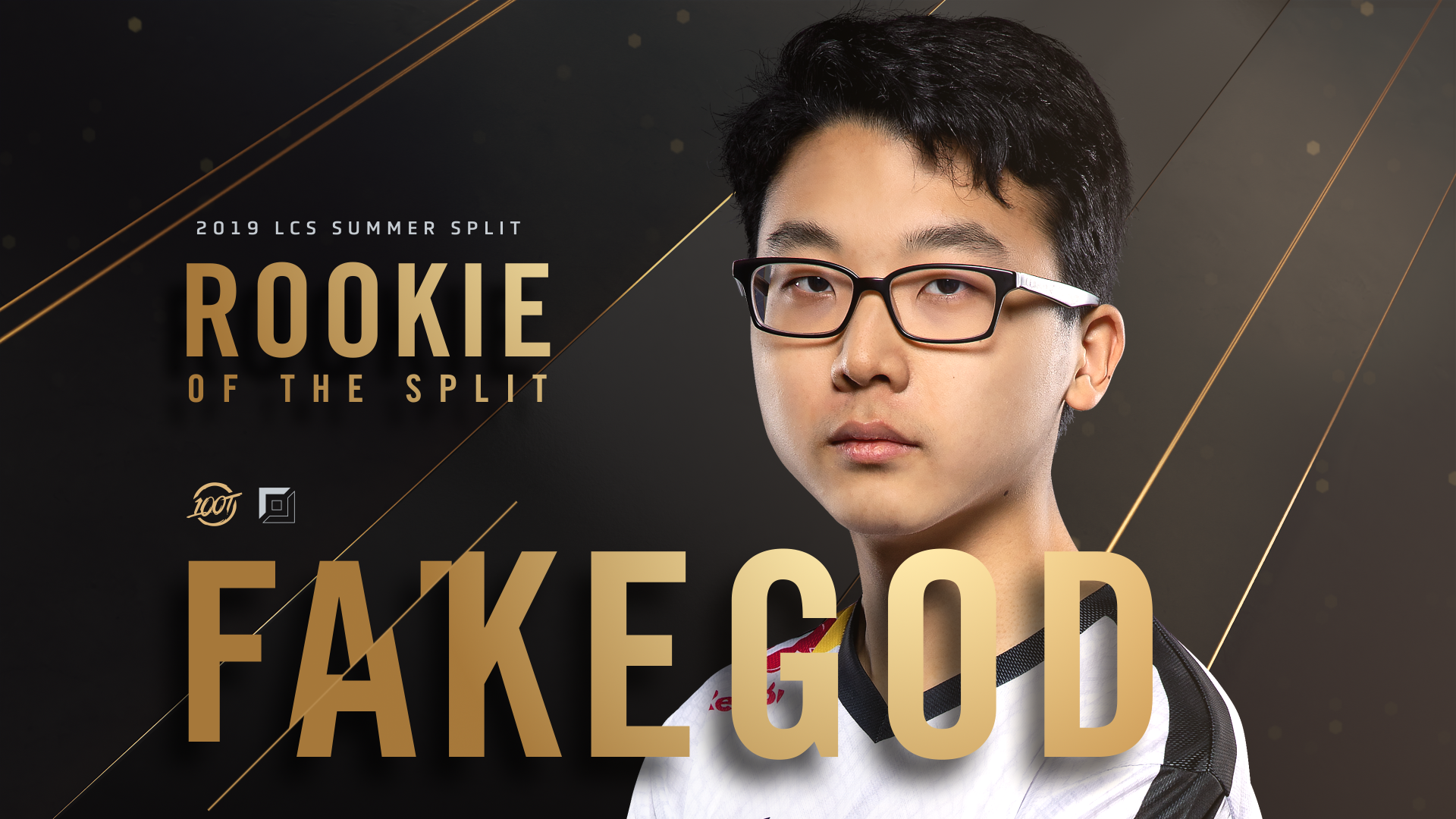 With one day remaining before the LCS semifinals, Riot Games has announced the best coach and rookie of the Summer Split.

Coming as little surprise to those who watched the regular season, this summer’s rookie of the split award went to 100 Thieves top laner Aaron “FakeGod” Lee, who received 116 voting points. Unlike the other rookies who debuted this summer, FakeGod was the only one to start for the majority of the split.

Following his and mid laner Ryu Sang-wook’s promotion to the LCS roster, 100 Thieves’ performance saw a noticeable rise, with the team a couple wins away from making the playoffs.

Cloud9 substitute top laner Colin ‘Kumo” Zhao came in second for the rookie voting, amassing 91 points. Although he only played in the LCS for two weeks while Eric “Licorice” Ritchie recovered from wrist injuries, Kumo’s performance in that time was impressive, beating Team Liquid in his first match of summer.

Winning summer’s coach of the split award is none other than Team Liquid head coach Jang “Cain” Nu-ri. Leading Liquid to yet another first place finish in the regular season, Cain received 94 points. Coming in second was Cloud9’s Bok “Reapered” Han-gyu at 78 points, and CLG’s Weldon “Weldon” Green finished right under him with 57 points.

Riot will announce this split’s MVP at next week’s LCS final.