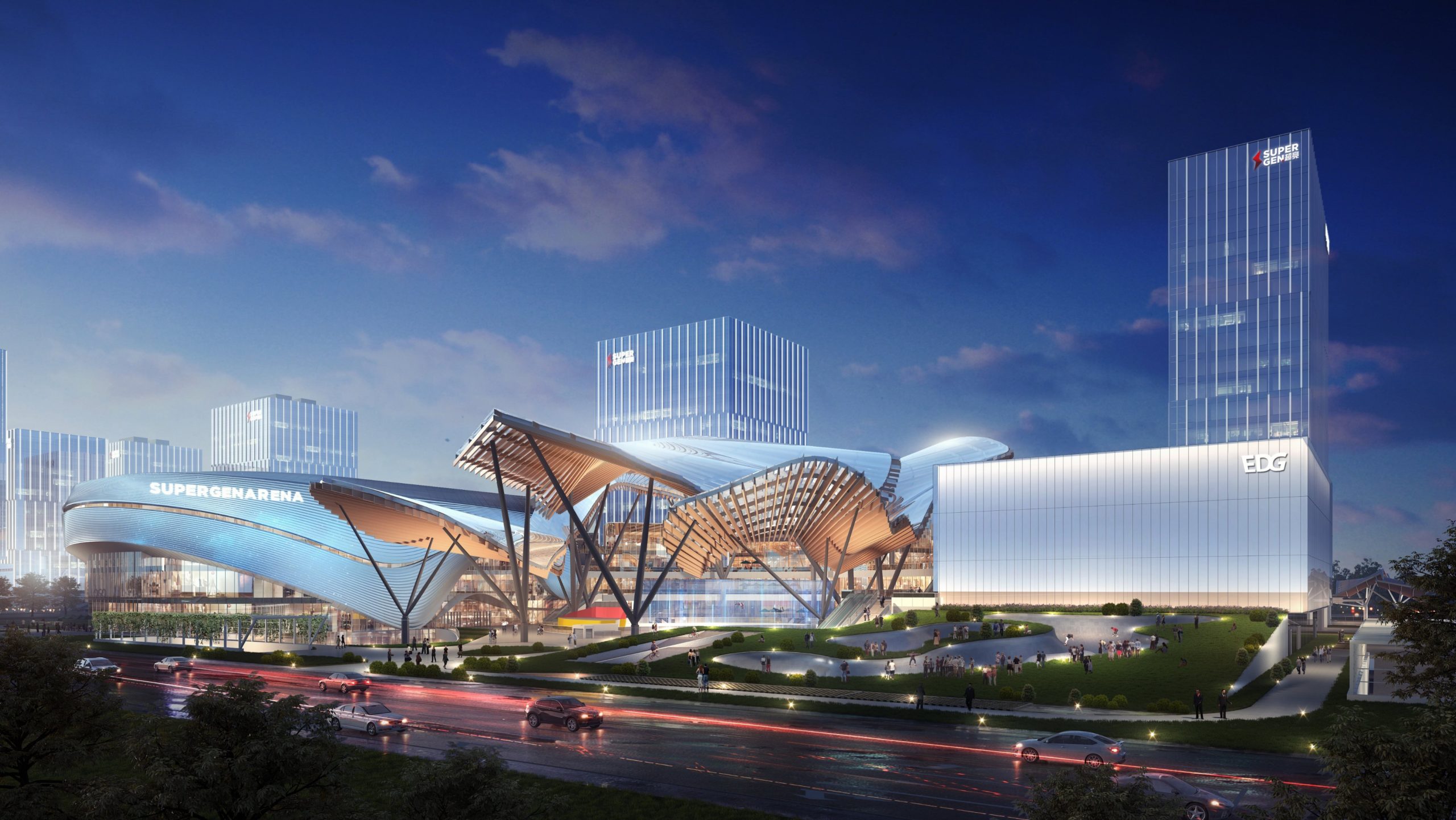 The defending League of Legends world champions, Edward Gaming, unveiled its plans for a new esports stadium today. It’s called the Shanghai International NCC&E (New Cultural and Creative Esports) Center and will be built in the homonymous city.

Similar to traditional sports, the LPL team will begin building its own private facility and venue. With the launch of its esports center, EDG will be among the few organizations with its own home, such as RNG’s facility, which is based in Beijing. The center will allow fans to dive into the world of esports, with the organization striving to create what it calls a “Super-E” culture.

Here is everything we know about EDG’s Hycan SuperGen Arena.

The venue will be in the Minhang District of Shanghai and it will be fully built by the Chaojing Group, also known as SuperGen, which is the parent company of EDG.

The overall space will be more than 50,000 meters squared, according to wanplus.cn. The SuperGen Arena esports facility will feature two stadiums, one called “Super-E-Sport” and the other “Super-Show.”

The first will be a 10,000-meters squared building with a total capacity of 3,000 people, and it will be the main venue for international competitions. It can also be used for small concerts, fashion shows, and other sports tournaments too.

The “Super-Show,” on the other hand, will be EDG’s home field, which can host 1,000 people and will be primarily used for the team’s games.

The org also plans to create other “multi-functional public spaces” in the arena, including a shopping mall, offices, restaurants, hotels, cinemas, dining halls, an extreme-sport park, and even an ecological garden.

Right now, EDG published a concept of what the completed arena will look like. If the project is delivered, the SuperGen Arena will become one of the largest single investment projects in the global esports industry. An initial investment of $720 million (5 billion yuan) was made, with the whole project expected to exceed $1.4 billion (10 billion yuan), according to wanplus.cn. Construction is set to begin in 2023, with the expected deadline being in 2025.