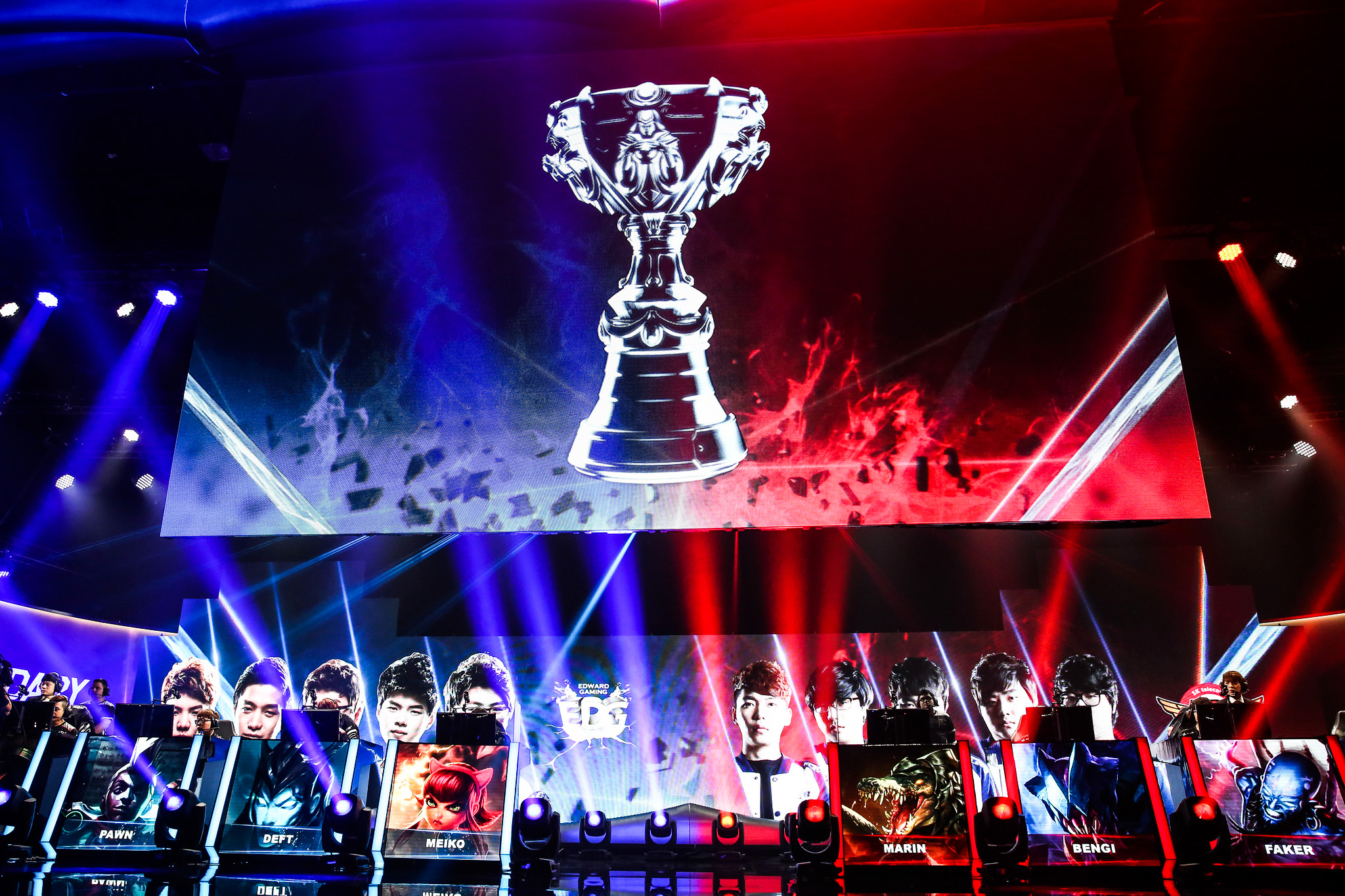 EDG are the TSM of Asia.

The similarities are unnerving. Both teams are the dominant forces in their respective regions. Each has won a major international championship—EDG at the 2015 MSI, TSM at the 2014 IEM Katowice Championship. But both have struggled ever since. Neither has been remotely close to winning a best-of series at an international event since EDG’s MSI victory. Even their logos are similar: three captalized, stylized letters in stark black and white.

Both teams have a shot at redemption at this year’s World Championship. TSM got lucky in the group draw and are big favorites to advance. Even as the first seed in Group A, EDG weren’t so fortunate. But they do get to face their demons directly, as familiar faces once again stand in their way—SK Telecom T1.

Can EDG upset SKT again and regain their international mojo? Let’s take a look at Group A to find out.

On paper, this is a very similar EDG from the team that flamed out 0-3 to the ROX Tigers at last season’s Worlds. EDG were unlucky when top laner Chen “Mouse” Yu-hao withdrew in the middle of Worlds due to a family emergency. But in reality, he had been underperforming, and the quarterfinals matchup with Song “Smeb” Kyung-ho could not have gone well.

Without Mouse, the match with ROX was a total bloodbath. ROX were pressured all the lanes and jungler Han “Peanut” Wang had total map control. Even Lee “Scout” Ye-chan was focused down by ROX’ withering pressure, despite mid being the Tigers’ worst lane. Subbing in Heo “PawN” Won-seok in Scout’s place did not help things.

If EDG are to win the group this year, they will again have to deal with Peanut, now starting for SKT. SKT are going to be a handful to deal with, but EDG jungler Ming “Clearlove” Kai can also count on more support from his solo lanes.

The names on the backs of Mouse and Scouts’ jerseys are the same, but the players are much improved. Scout in particular in the summer final against RNG, where his playmaking helped the team come back in a reverse sweep. EDG’s ability to pressure multiple lanes has largely made up for the offseason loss of star ADC Kim “Deft” Hyuk-kyu.

Mouse especially will have to punish SKT top laner Heo “Huni” Seung-hoon. Depending on how the drafts go, and how much SKT prioritize the early game, EDG should have a tempo advantage in the first 15-20 minutes. What happens after that will likely determine placing in the group. EDG can’t win off chaos alone. In that final against RNG, EDG were fortunate to walk into tempo and objective advantages off of RNG’s dismal Baron baits and poor macro play. SKT will not make those same basic errors.

If EDG can find a way to sustain the chaos and transition into a winning late game, they have a shot at winning the group.

We’ve already written a lot about SKT’s strategy in regards to their roster composition and the revelation that Huni will be the starter in the top lane with Peanut and Kang “Blank” Sun-gu both earning time in the jungle. We won’t re-hash those stories here.

Sufficient to say, despite not being the first seed in this group, everything still runs through SKT and star mid laner Lee “Faker” Sang-hyeok. Faker is the best player in the World—it will be interesting to see if SKT make Faker a priority carry, though. It’s possible that in the Group Stage, they’ll be more keen to get his teammates, namely Huni, Peanut, and ADC Bae “Bang” Jun-sik, on track. Faker’s had success on supportive, utility mids before. Will coach Kim “kkOma” Jung-gyun try that again? Or will a few small buffs to early game champions bring Faker back to his carry assassin days?

Finally, this season’s SKT have a bad tendency to get surprised by early-game snowball-type team comps. Think Team WE’s mid Lucian at MSI or Longzhu’s top Jayce in the LCK Summer Final. SKT should have better late-game execution than any team in Group A. It will be interesting to see if kkOma opts to use the Group Stage to answer any doubts, in a show of force for other teams curious of SKT’s true form.

One of the biggest storylines from last year’s Group Stage was that of wildcard team Albus Nox Luna taking down ROX Tigers in the group stage and making the quarterfinals. ANX accomplished the task with phenomenal early game play that hinged on total aggression.

That’s the style ahq need to copy if they want to advance past the group stage this year. They have carried the exact same roster as last year, when they similarly failed to make it out of groups. They simply don’t have the late-game chops to keep up with SKT, and even EDG may be out of their reach. In a meta where ADC is probably the most important late-game position, ahq just don’t have enough with Chou “An” Chun-an.

Out of necessity, the team puts resources into top laner Chen “Ziv” yi, hoping he can split push to the enemy Nexus. But they’re going to need to amp up the pressure. They need to find a few niche picks like the support Brand and mid Anivia that ANX used to so great effect. And they need to force early objectives like Baron as boldly as ANX did.

It’s pointless for ahq to lose slowly. They might as well force the issue and light some early fireworks. That may not get the into the quarterfinals, but it will be fun for fans.