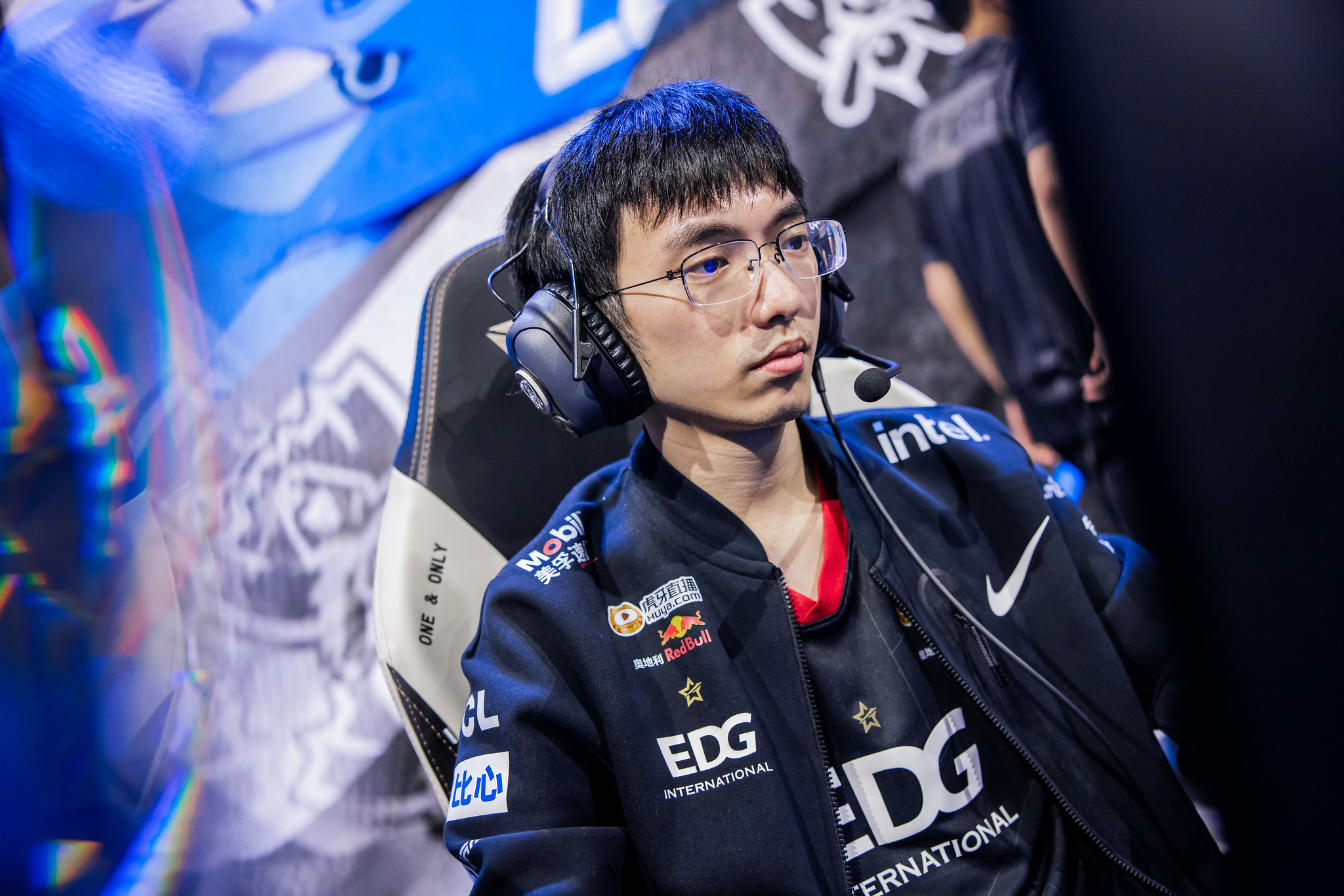 After butchering and eliminating Cloud9 just an hour before, EDward Gaming carved up Fnatic in an alarmingly similar fashion to oust another Western team from the 2022 League of Legends World Championship today.

EDG methodically and ruthlessly dragged Fnatic around the map as support Meiko’s Thresh ruined another fanbase’s day, while on the other side of the map, top laner Flandre’s Fiora barreled through towers, suffocating his opposition.

Like T1 alongside them, EDG have clinched a spot in the quarterfinals, advancing group Group A, and doing so in as well-oiled a fashion as fans have seen this tourney.

At the 14-minute mark, even though the kills favored EDG five to one, hope for Fnatic sprang from the fact three of those kills were on jungler Jiejie’s Sejuani, a champion that doesn’t need a relatively high investment of resources to be effective, as well as the fact their own laners, including Wunder on his signature Gragas counter pick, were at a minimum even in farm and thereby stemming the bleeding.

From then on though, pretty much everything else went wrong for Fnatic.

EDG set up far better around objectives before fights, and Flandre and mid laner Scout’s Akali crunched down on Upset’s immobile Aphelios and Humanoid’s similarly inert Viktor to end fights before they started, and the game looked out of sight for Fnatic well before the nexus exploded.

Instead, LCK runners-up T1 and reigning World champions and LPL third seed EDward Gaming populated their group. Obviously the Eastern representatives were a cut above their Western counterparts despite the seeding—no one would have told you otherwise—and that’s exactly how the group shook out.

But, unlike C9, who, like every other North American team in the first weekend of groups, started 0-3 and whose elimination wasn’t a surprise, Fnatic had a tremendous first round robin. The Play-Ins survivors finished 2-1 in a three-way tie with EDG and T1 with plenty of chances to advance from a difficult group.

But after their massacre at the hands of Cloud9, the slide down the table started, and this fourth straight loss was the final nail in the coffin.

With this Thursday defeat, Fnatic’s Worlds journey is over.

They finished with a 2-4 record and fell in groups for the second time in as many years after three straight quarterfinal appearances from 2017 to 2019, including a world final in 2018. For EDG, they will play T1 at 7pm CT in Group A’s deciding game.