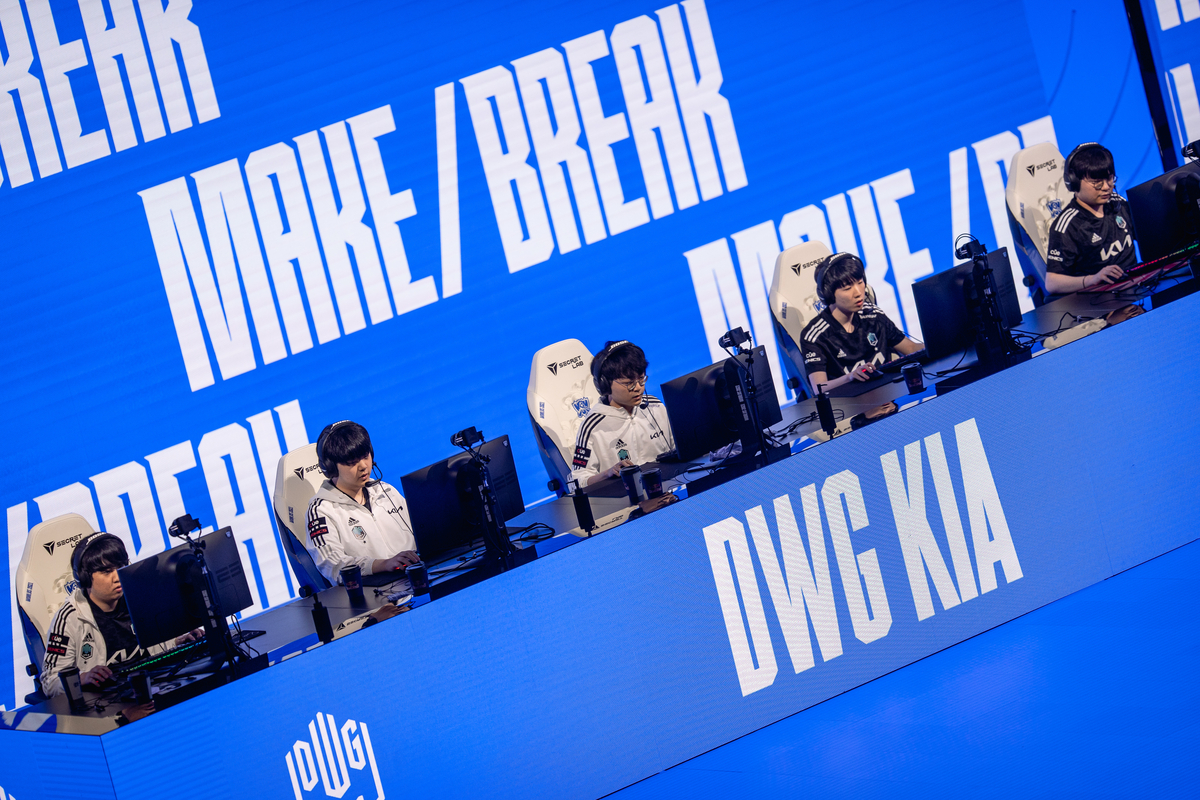 DWG KIA are the first team to qualify for the 2021 League of Legends World Championship knockout stage after a win over their Eastern rivals, FunPlus Phoenix.

The Korean squad’s win came off of the back of constant one-upping in the macro game that was initiated by a constantly bullying of Nuguri in the top lane.

In another chapter of the LCK vs. LPL rivalry, DK showed why they are the defending world champions and one of the tournament favorites after a steady, controlled and confident game that had the team take small advantages across Summoner’s Rift. These small advantages led to bigger leads.

Today’s match started off with a slow early game that was interrupted by a first blood for DK after ShowMaker’s Twisted Fate hit level six. ShowMaker quickly took advantage of his ultimate and used it in the top lane. With help from Canyon, they were able to begin what would become the bullying of Nuguri.

Past the first blood, the game became a constant trading of blows in a macro sense, tower for tower, a kill for Rift Herald, but it was all to DK’s benefit. This constant trading finally culminated in the game’s first team fight at the 24-minute mark. Here, DK showcased terrific execution. Although FPX seemed to have started the fight on the right foot, DK were able to quickly turn it around with clever Poppy usage from Canyon. This got the Korean representatives a second dragon and a Baron, cementing the game.

Now 4-0 and with qualification confirmed, DK look to secure the first seed in Group A when they face off against Europe’s Rogue later today.